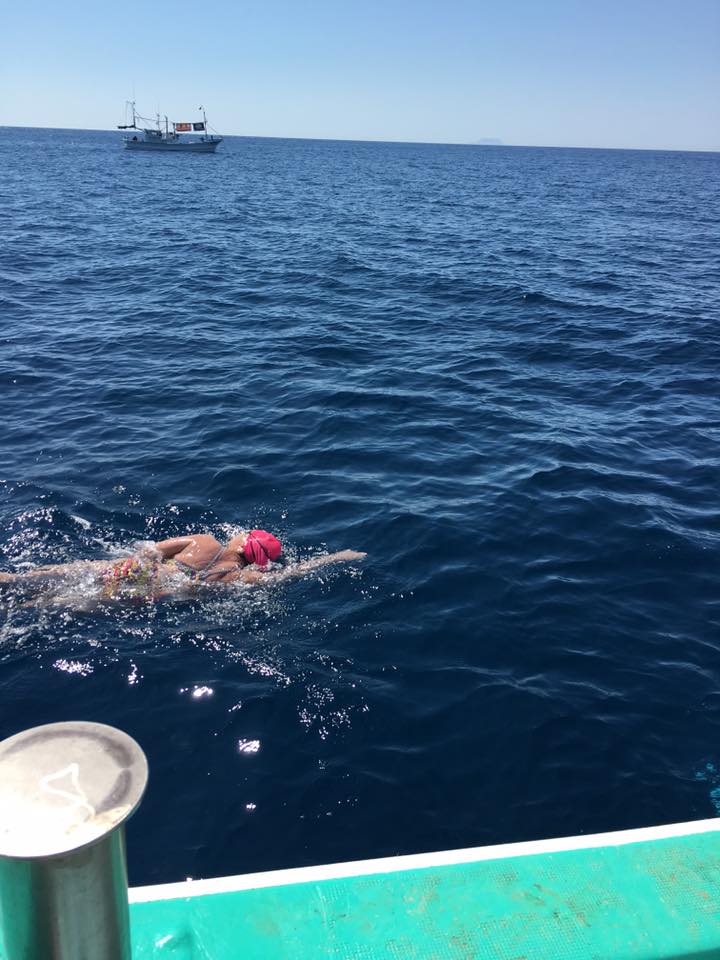 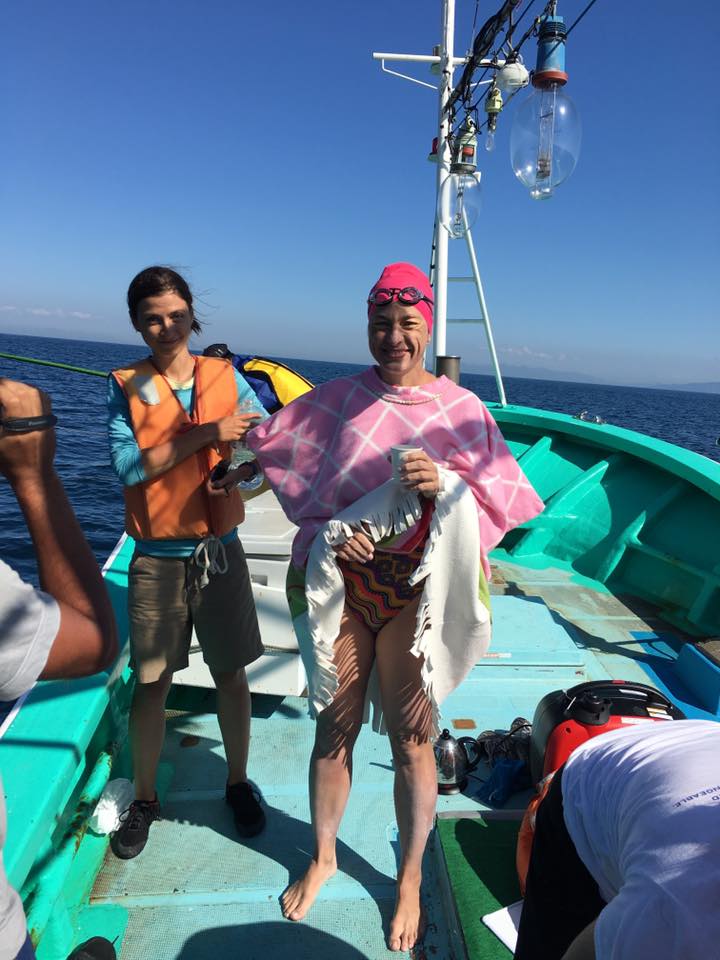 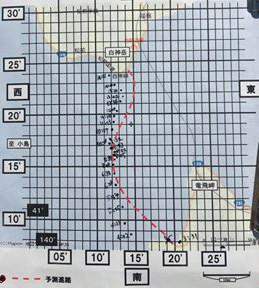 The two athletes were waiting on the shores of Tappi Misaki in northern Japan for their windows to cross the Tsugaru Channel.

While Ogrodnik’s chances were blown out due to the strong wind conditions caused by a typhoon, Bernardova took advantage of the calm after the storm.

“She finished perfectly at the foot of the lighthouse; only 3 swimmers or so have done that before,” reported Vasanti Niemz. “Her 11 hour 7 minute swim was done in warm calm water (23°C). Captain Mizushima said it was the calmest day he has seen this year.

There were no tricky currents at the end, and it was a perfect route. There were tiny waves and almost no wind.

The team and the swimmer were very happy of course. It was a first of our Sri Chinmoy Marathon Team

Bernardova is the first Czech swimmer to complete a crossing of the Tsugaru Channel. She left the shores of Honshu at 3:31 am, a short time before sunrise.