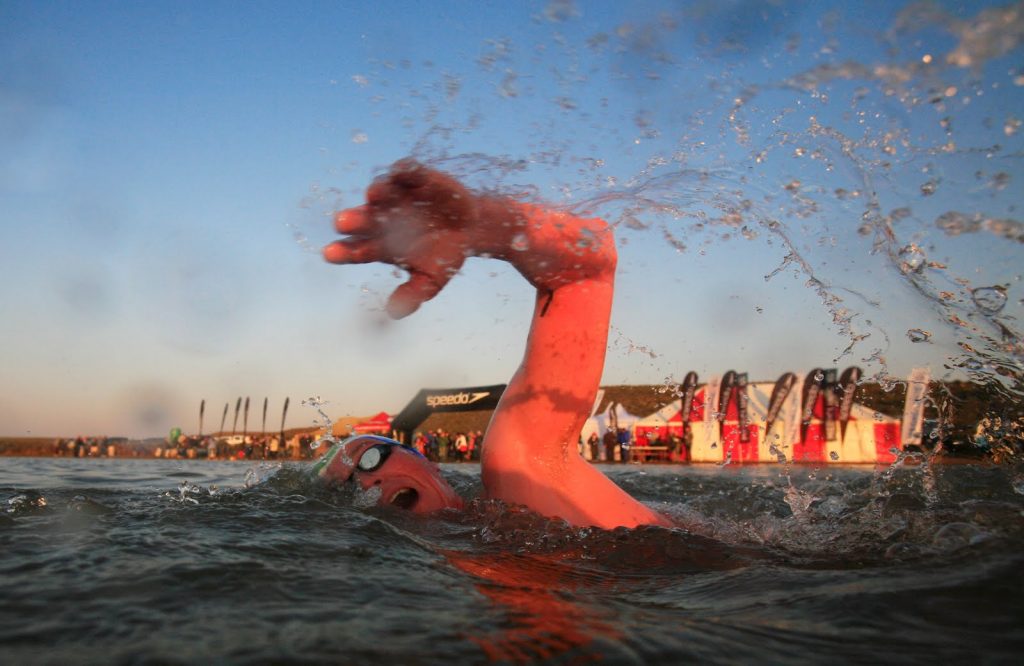 16 extreme athletes successfully completed their ice swim in the 5 degree C water in an altitude of 1,400 meters at a dam near Sutherland, the coldest region of South Africa. The air was not much help either as it varied between 0-5 degrees during the event.

19 other hardy individuals completed the 600-meter ice swim which is a qualifier to participate in the Speedo Ice Swim sometime in the future.

The swimmers emerged from the frigid water discolored in various shades due to the extreme cold, some barely able to talk or walk before being immediately transferred to a temporary medical facility staffed by doctors and nurses.

All of the hypothermic swimmers recovered in under one hour.

“This was an incredible achievement by a group of dedicated swimmers whose mental ability has proven we all have a superhuman within us,” said Ram who will be featured on Stan Lee’s Superhumans TV series soon for this ability to swim in death-defying cold water temperatures.