Accelerating Towards The Triple Crown Of Open Water Swimming

Brad McVetta is the latest person to join the Triple Crown of Open Water Swimming.

The native of Mt. Cory, Ohio, took up swimming as a form of exercise while in college. Brad explains a series of unforeseen situations that ultimately led to his full immersion in the sport, “In 2007, I was asked to do the swim leg in a sprint triathlon. As things happened, I found myself doing the whole thing. That led to an Ironman triathlon in 2009.

Due to the tanking economy, I decided to uproot myself I moved to New York City to start my new job in 2010. I wanted to continue to do some triathlon, but it happened so quickly I could not bring my bike. 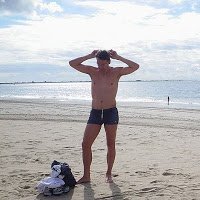 Brad had never done an open water swim, but he more worry about the cold water rather than the rough conditions or distance. “Jumping in was the worst idea I ever had. Not until about 400 yards with the headache subsiding did I start to feel better and be able to enjoy the feeling of swimming in the Hudson River where waves and currents would push against you ways unlike swimming in the pool. I had to work harder, but I felt more in touch with the entire experience and nature.”

Brad was hooked. He began researching into requirements to get into the Manhattan Island Marathon Swim. Then he discovered Catalina Channel and English Channel swimmers pre-qualified. “If I did Manhattan, I would probably want to do the Channel too. I sent some inquiries to pilots about the process and costs, just to see. Two days later, a pilot emailed back he had a first slot in one of the last tides of the season due to a cancellation.” 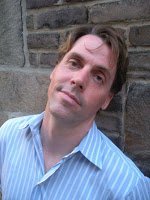 While initially dumbfounded by the possibility of swimming the English Channel so soon after his initial inquiry, he realized this was an opportunity that may never happen again. “I had no idea how I could accomplish such a swim, not knowing anything or anyone who’s done anything like it. I had only swam about a 1.5 miles in cold water and my longest swim was 2.4 miles.”

A previous instructor of Brad’s had once told him that you have to jump into the abyss not know what is there, but knowing that it will all work out. So he dove into the sport of marathon swimming, literally. He soon met renowned extreme swimmer Rachel Golub who invited him to swim with CIBBOWS if I was interested in swimming around Manhattan.

“Suddenly I was in the company of swimmers who knew what the Manhattan Island Marathon Swim (MIMS) and the English Channel were about. Eventually, it leaked out about my Channel attempt. Things continued to spiral upward. I found myself on crew for Gilles Chalandon who became my mentor and a training partner. The weekend after we got back from Dover I did my four hour qualifier for MIMS. Two weeks later I was accepted into MIMS.”

With his foot on the open water swimming accelerator, Brad learned about the Catalina Channel and the Triple Crown of Open Water Swimming through his new friends at CIBBOWS. “I thought, ‘I was in 2 [of the three swims], why not tackle the third?'” Within a week later, the Catalina pilots started taking swimmers, and I made sure I was one of them. It seemed to happen so quickly.”

Looking back at his Triple Crown achievement, Brad had a revealing admission. “Of the three swims, my 4-hour qualifier for MIMS was the most difficult. Because I hadn’t swam that long [before] and it was only the 4th time in water 57-58°F (14°C), the qualifier was difficult because it was all new. I swam 6 hours for the Channel qualifier and then felt confident I would finish, but I was not certain about my feeds, working with kayaks and escort boats, or really just how my body would react swimming more than six hours.” These things did happen on his swims, he worked through the myriad difficulties to achieve each of his goals.

“Although Catalina was more difficult, it seemed less so because I had became comfortable with how things worked and about the mental hurdles from doing MIMS. My concerns in Catalina were swimming at night, the cold and the distance. It was a little disorienting swimming at night, but I quickly got comfortably with the boat and kayakers guiding me. There were a few times when I felt cold, but did not get cold. Eventually it became just swim to the coast.”

With Manhattan and Catalina checked off, Brad faced the Granddaddy of them all. He made the long journey, both literally and figuratively, to the birthplace of marathon swimming. “The English Channel was the most difficult, for no other reasons, other than it was the channel. At this point I swam the distance, swam at night, fed from the boats, and refined my feed plan. This would just be about swimming in consistently colder and tougher. With a week swimming in the harbor waiting for my chance, and with the good fortune of swimming on a sunny day, I never felt cold in the Channel, but there was always chop or waves to face or to punch through. I had to tell myself just go until the next feed more than once. I saw it go from night to day and to night again as got pushed up the coast.”

The experience of closing in on the finish, the memories of being almost there are indelibly etched in my mind. “The English Channel was the most beautiful of all of them, gorgeous sunrise and sunsets that I didn’t have in New York or California. I saw some flying fish and there was a pod of 50 dolphins that swam by me in California.” But the famous stretch between England and European continent was special. “In the Channel, I had a dolphin that followed me for two hours as I was approaching the French shore. There were a Frenchman waiting onshore and he gave me the best bar of chocolate I ever had when I finished.”

The day before his swim, he went into a final good luck swim in Dover Harbour. “That’s when thing started to hit me. The past year seemed to culminate there in Dover. There is a different aura that exists in Dover that certainly makes the experience most memorable, leaving a desire to create only more such memories doing something I’ve loved since I was a boy.”