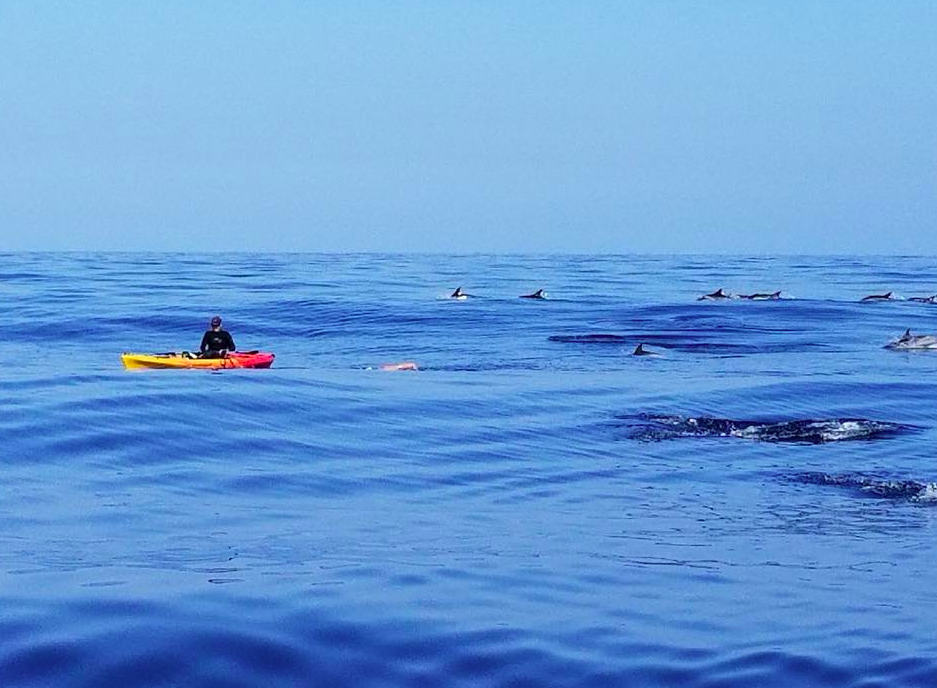 On June 8th 2019, Amy Appelhans Gubser became the third person in history to swim across the 43.4 km Santa Monica Bay between Point Dume in Malibu and Lunada Bay on the Palos Verdes Peninsula in 17 hours 6 minutes.

The neonatal nurse celebrated her 50th birthday with a tough swim. “It was a long grind, but a completion. 27-milers are a different league. I wasn’t tapered so I was slower, strong though. But since most of our swims for the channels are 21+ miles, it is like taking on another 10 kilometers when you want to be done.”

Her husband Greg Gubser and Shannon Davey on kayaks with escort pilot Michael Chandler guided her along the night swim that was a fundraiser for Sam Howell and a good practice run for her successful 14 hour 10 minutes North Channel crossing between Northern Ireland and Scotland on July 2018, she completed a 21-mile crossing of the North Channel in 14 hours 10 minutes at the age of 50.

Gubser will be honored by the Guinness World Records for her Santa Monica Bay crossing that was ratified by the Marathon Swimmers Federation on October 5th at Seaside Lagoon in Redondo Beach, California.

To celebrate with Gubser and her open water swimming colleagues at the 2019 WOWSA Ocean Fest, register www.wowsaoceanfest.com.