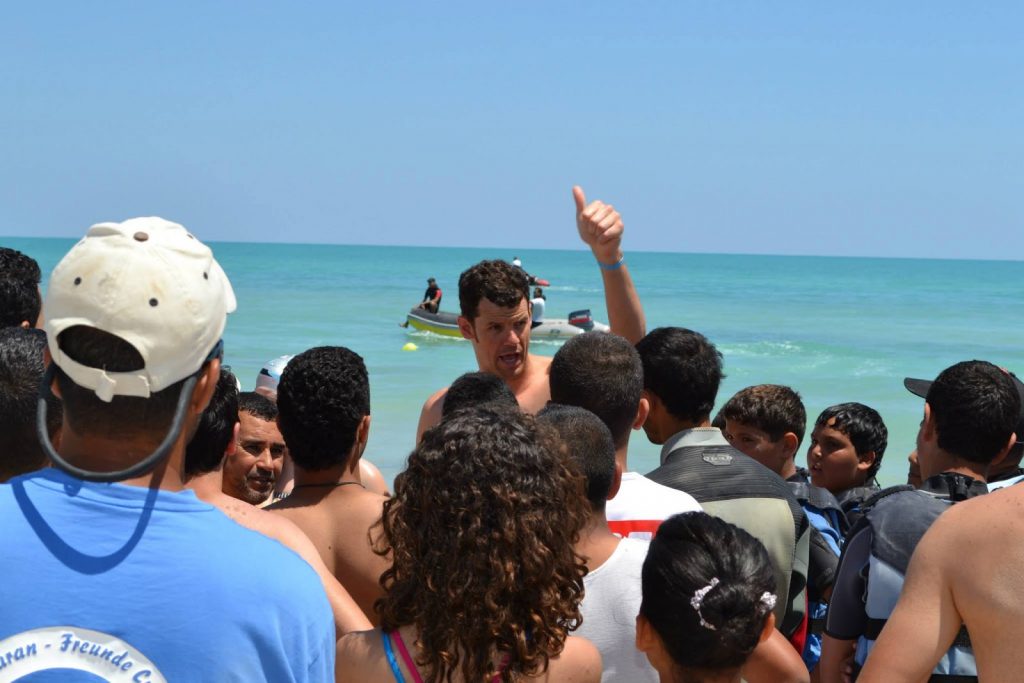 Adam Walker is raising money for a variety of environmental causes (Sportsaid and the Whale and Dolphin Conservation Society) while venturing around the world on the Oceans Seven challenge.

With the English Channel (solo in 2008 and relays in 2007 and 2008), the Molokai Channel (2012), a two-way crossing of the Strait of Gibraltar, and the Catalina Channel under his cap, he is soon heading off to Japan to complete the fifth Oceans Seven channel, the Tsugaru Channel this summer.

But en route he visited Athenée Beach in Djerba, Tunisia at the invitation of Nejib Belhedi. He gave some tips and inspiration to the local swimmers at an Ouma event for 450 children.