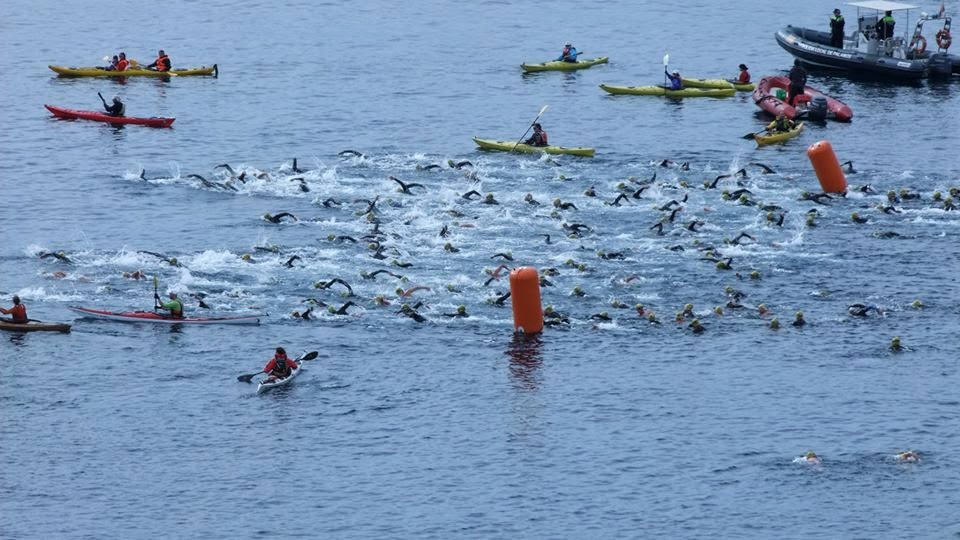 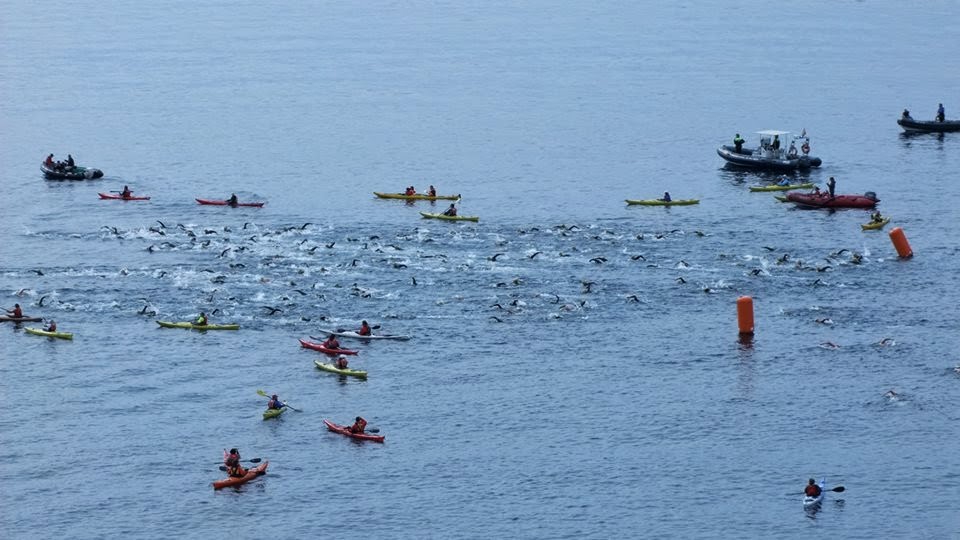 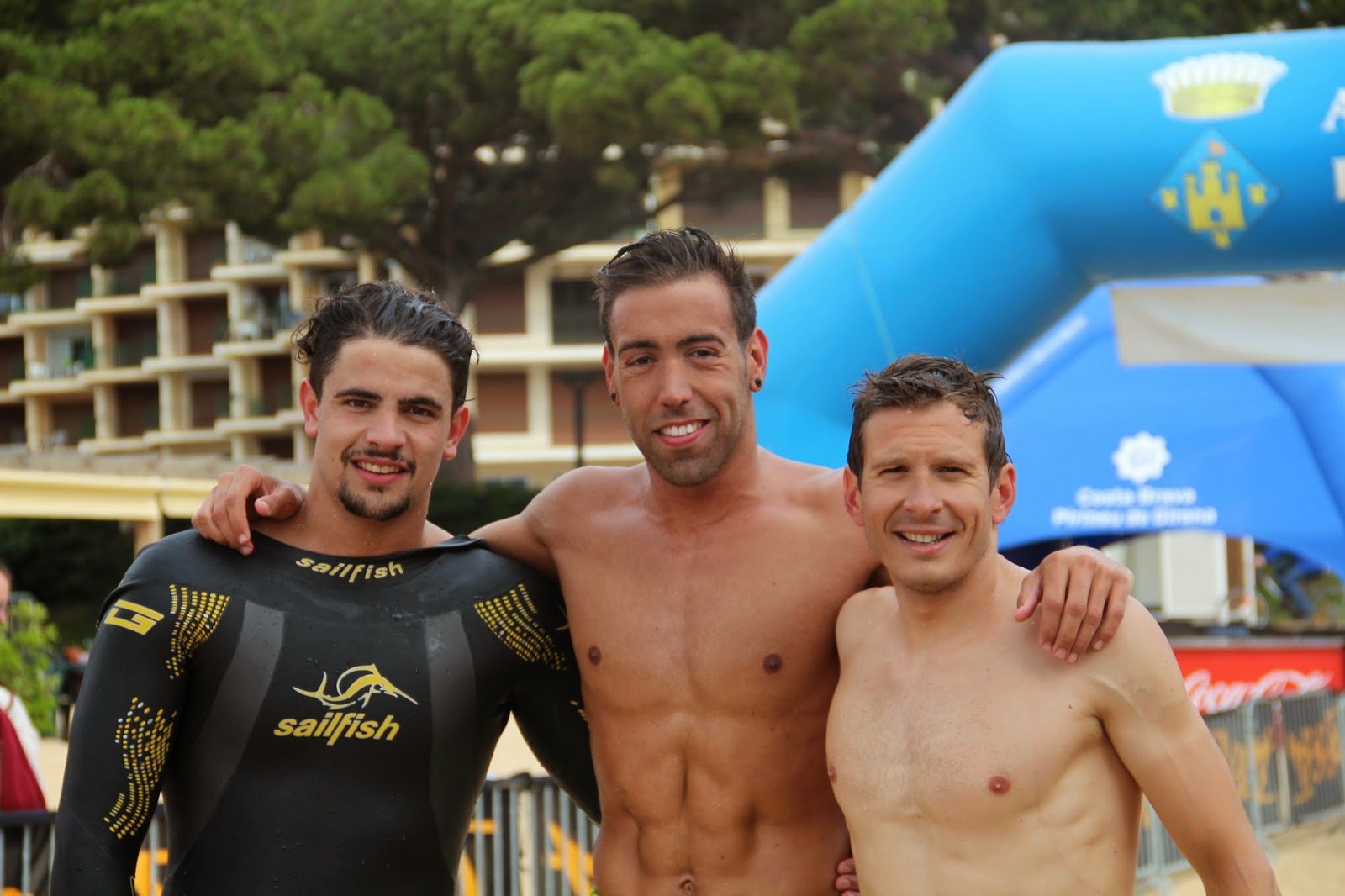 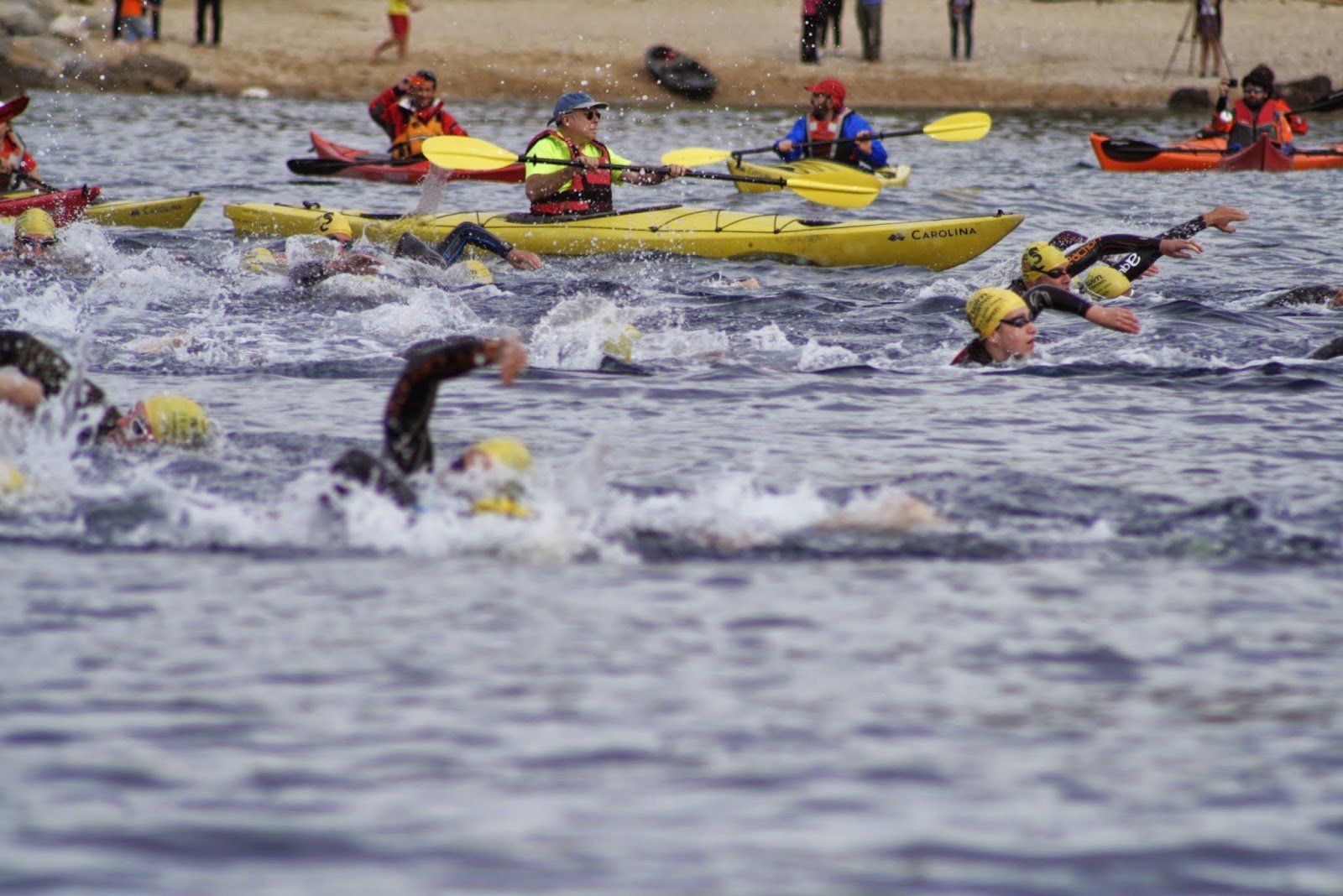 It was a beautiful course on a beautiful day for the inaugural 1.5 km and 4 km Palamós Challenge.

Adrián González won the 4 km race in a dominating fashion while the leading women put on quite a show that came down to a photo-finish when Núria Ciuró and Clàudia Dasca tied for first as they crossed the finish line together at La Fosca Beach.

González from Mataró Swim Club finished in 50 minutes, 21 seconds ahead of Jordi Bosch of the Swim Club Sant Andreu and Olympic swimmer Kiko Hervás of the Zoot Swim Team.

Among the women, the race was as close as can be. Ciuró of Swim Club Sant Andreu and Dasca of Swim Club Sabadell mirrored each other stroke for stroke over the entire distance and ran up the beach together finishing in 56 minutes. Nearly 3 minutes later, Ainhoa Benavente from Swim Club Cervera finished third.

In the 15ºC (59ºF) water, 20 participants competed without wetsuits in the bioprene category. Experienced channel swimmer Miquel Suñer won among the skins closely followed by Quim Bofill and Oriol Gil.

The Palamós Challenge organized by Swim The Costa Brava and is part of the Zoot Swim Series Circuit.

The three-race open water swimming series is organized by Culture Sport and sponsored by the Tourist Board of the Costa Brava Pyrenees Girona, Zoot, Bunch and Multipower. The kick-off swim in Palamós also offered a popular 1.5 km race. Starting at El Castell Beach and finishing at La Fosca Beach, this recreational race that drew many first-time open water swimmers.

In September, the Zoot Swim Series Circuit heads to the waters of Cala Montgó (Torroella de Montgrí ‐L’Escala) and is expected to attract more than 600 swimmers. This final stage is more challenging than the one in Palamós and offers a broader range of distances including a 6 km and 12 km marathon race.

Zoot Swim Series 2014 will culminate in November with the last stage taking place in one of the localities on the Costa Brava to be announced shortly.