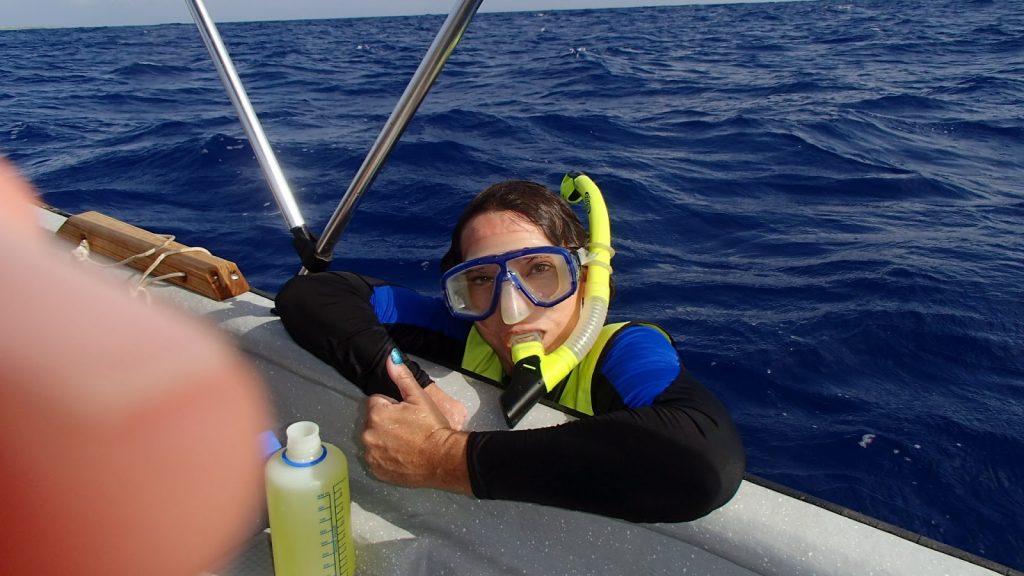 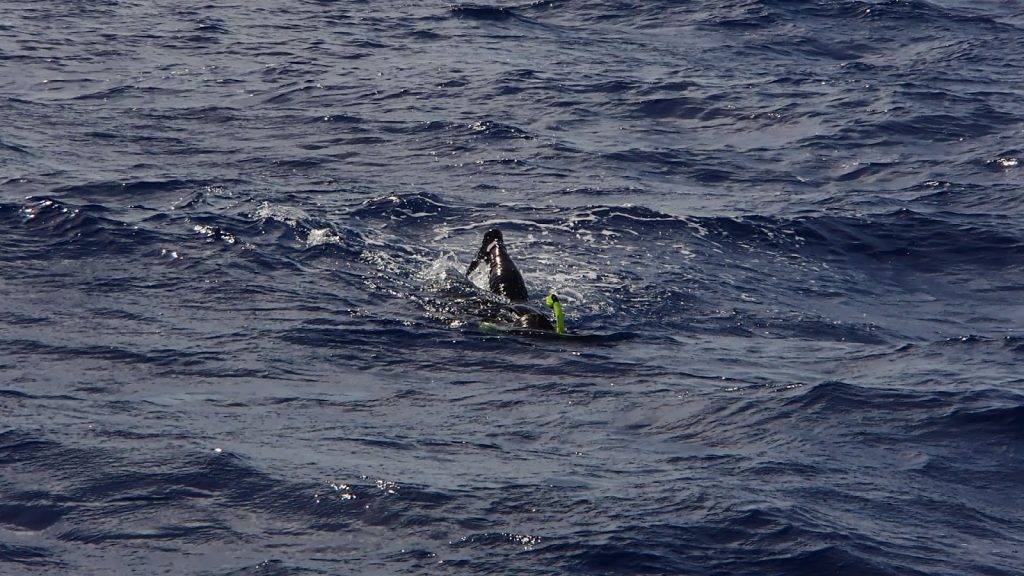 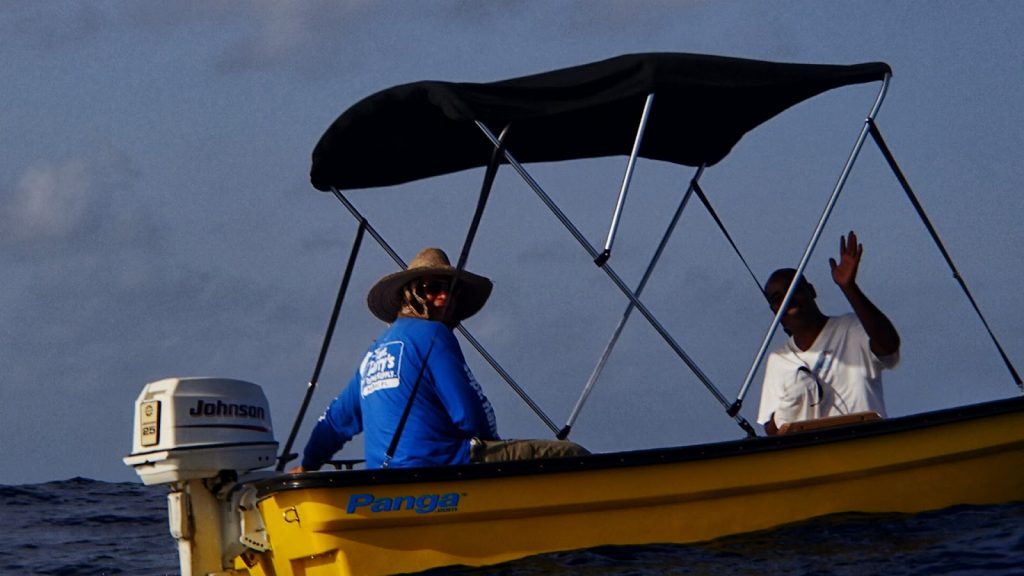 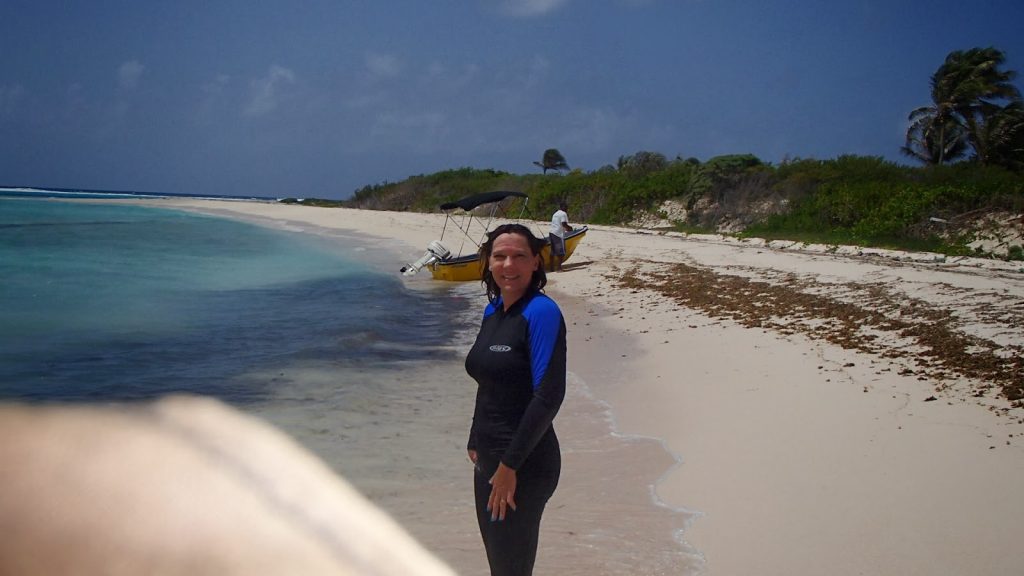 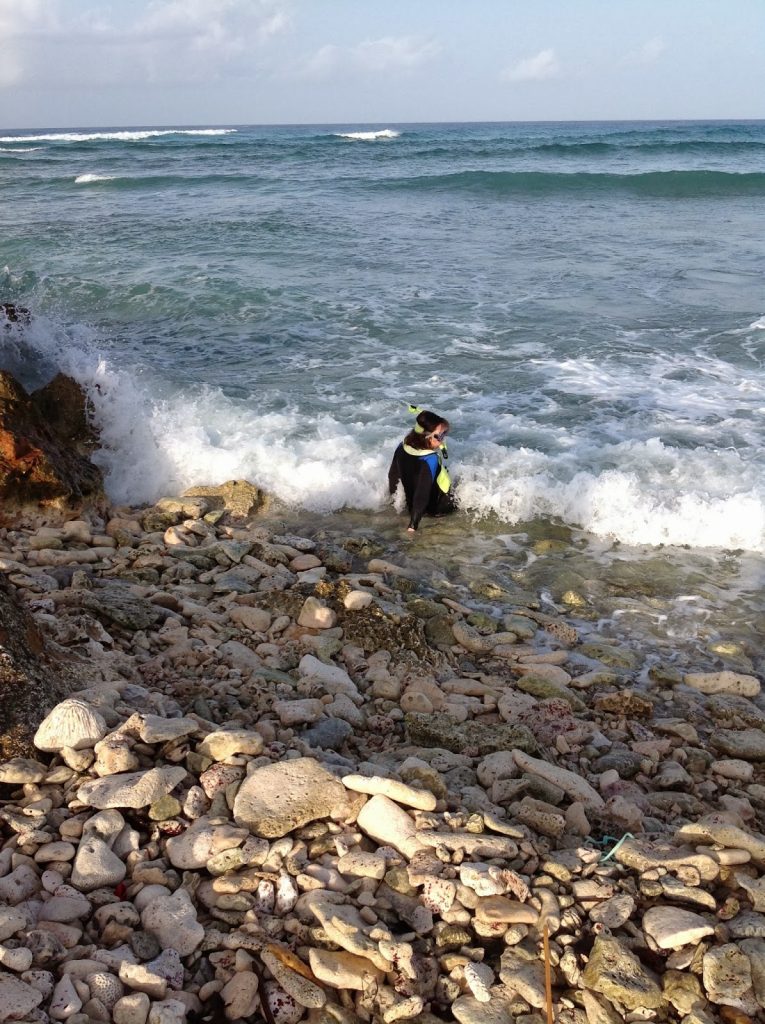 Adriane Grimaldi is an American open water swimmer and snorkeler from Scottsdale, Arizona.

She swam 5 miles across the Cayman Brac Channel starting at the West End on Cayman Brac and finishing on Sandy Point on Little Cayman Island. Without a right hand.

Grimaldi was born without a right hand with a condition known as Amniotic Banding Syndrome.

“I did snorkeled the channel in 3 hours 40 minutes with fins and mask,” said the 42-year-old. “I use the fins to compensate for the missing hand. I don’t swim traditional style – I use my arms for directional purposes, but I mainly swim using my legs. I alternate my leg stroke – sideways, regular and when muscles are getting tired, I use a different style of leg stroke.”

She punctuated her channel swim with four feeding breaks when she hung off the side of the boat in the thrashing 5-foot swells. “I just kept my head down and followed boat that I saw in water. I hired a boat from Cool Breeze Charters whose crew was absolutely outstanding. There was supposed to have a second boat with me, but the marine officer got called away due to a boat of illegal immigrants coming ashore from Cuba.

I had a very special thing happen to me while I was swimming. I had a school of small silver fish with a blue line on top swim with me for 20 minutes right in front of my mask. I loved it because I had someone to talk to and felt like they were my little angels encouraging me on. I had someone to talk to while I was swimming along with the two large Nassau groupers at the end of the swim near the shore of Little Cayman
.”

She explains why this particular channel intrigued her although many people tried to discourage her from doing this swim.

“My husband and I had been to Cayman Brac before. I researched the distance between the two islands. I had completed a long-distance swim around Klein Bonaire which was about 6 miles. I normally swim/snorkel about 1 mile per hour. I also completed an Alcatraz swim [in San Francisco] in 1 hour 10 minutes. I received permission to snorkel it. But here in the Cayman Islands, people encouraged me to not do this swim but instead swim parallel along the shore for a mile or so. But I wanted the personal challenge of swimming and snorkeling from one island to another. I wanted the challenge of the distance.

I love the peacefulness of being in the water and focusing on my breathing, the sea life that I might see, and the personal goal I set and try to attain
.”

She is also a role model to the younger generation in the Special Blessings support group that she started. “Goals can be reached even though the kids might only have one hand or one arm or one leg: attitude is everything.”

With the Cayman Brac channel under her cap, she now is going for more. “I have a personal goal of swimming 5 Oceans or seas before I’m 50 – I have done the Atlantic, Pacific, the Caribbean Sea and the South Pacific. I would like the 5th ocean/sea to be the Adriatic Sea for my name – Adriane.”