After Beijing And London, There Is Rio And…? 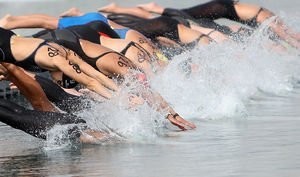 And where will the fourth Olympic 10K Marathon Swim be held?

Bridge Together: Istanbul 2020 aspires to reposition Turkey and to foster global understanding and inclusiveness by being the first secular Muslim country to host the Games. With the Bosphorus as a key element, Games planning seeks to highlight a city on two continents with competitions to take place in Europe and Asia.

Discover Tomorrow: Tokyo 2020 envisions a unique celebration that would help reinforce the Olympic values and demonstrate the benefits of sport to a new generation, as the 1964 Tokyo Games did. Tokyo 2020 seeks to use the power of sport to offer hope to the Japanese people and promote national spirit, unity and confidence, in particular following the March 2011 Great East Japan Earthquake and tsunami.

Futuro Ciudad: Madrid 2020 includes initiatives to regenerate green spaces, improve transport infrastructure and construct new sports facilities. Madrid aspires to promote social integration through sport and to share Spain’s passion for sport with the rest of the world under the bid motto of Illuminate the Future.

Istanbul and Madrid appear to be the frontrunners with Tokyo far behind in polls of where the IOC may vote.