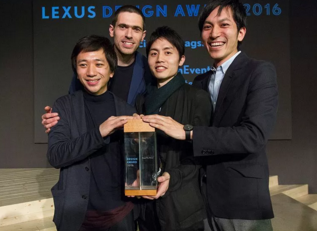 Over 300 years ago, a Japanese innkeeper saw that the seaweed soup he discarded somehow coagulated overnight.

Little could he have imagined that his observation and discovery of agar might be used by society three centuries later to help improve the marine environment.

The agar that he discovered is now used to make the popular Japanese dessert called yōkan in Japan.

Team Agar or AMAM made a similar discovery that may impact the world for another three centuries, if not longer.

AMAM is a group of Japanese designers including Kosuke Araki, Noriaki Maetani, and Akira Muraoka. They created Agar Plasticity, a project that explores using agar, a jelly-like substance derived from marine algae, in packaging.

The trio wants to use agar as an earth-friendly alternative to plastic. Imagine the implications of their biodegradable invention and idea.