Ahmad Hossein Gives A Thumbs Up 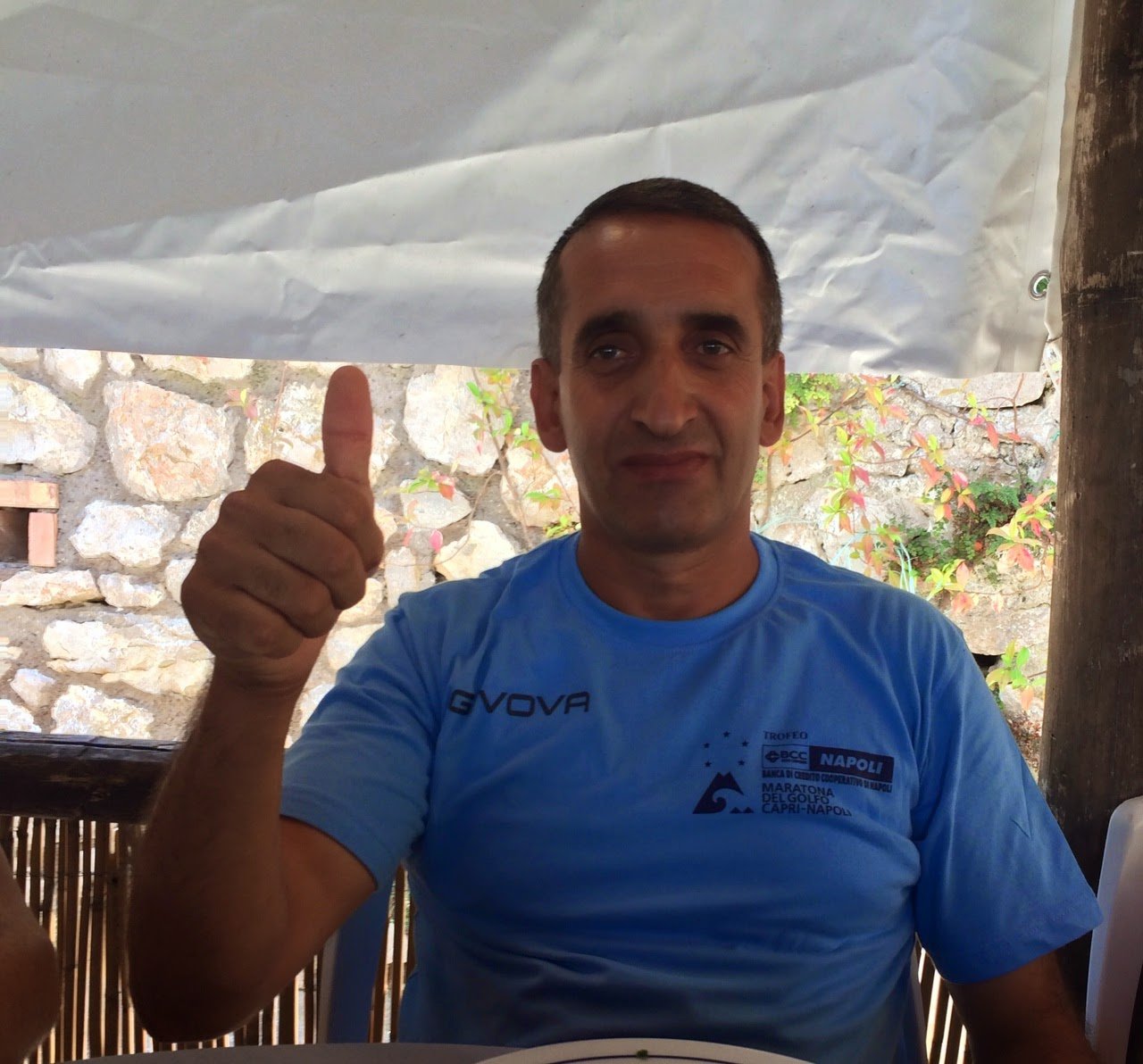 Ahmad Hossien is the Syrian coach of Saleh Mohammad, a professional marathon swimmer who is competing in today’s 36 km Maratona del Golfo Capri-Napoli in Italy.

Saleh is a frequent and respected competitor on the FINA Open Water Swimming Grand Prix and FINA 10K Marathon Swimming World Cup professional circuits, despite not having the best training conditions available to him.

But together with Hossien, his passion overcomes the circumstances he faces.