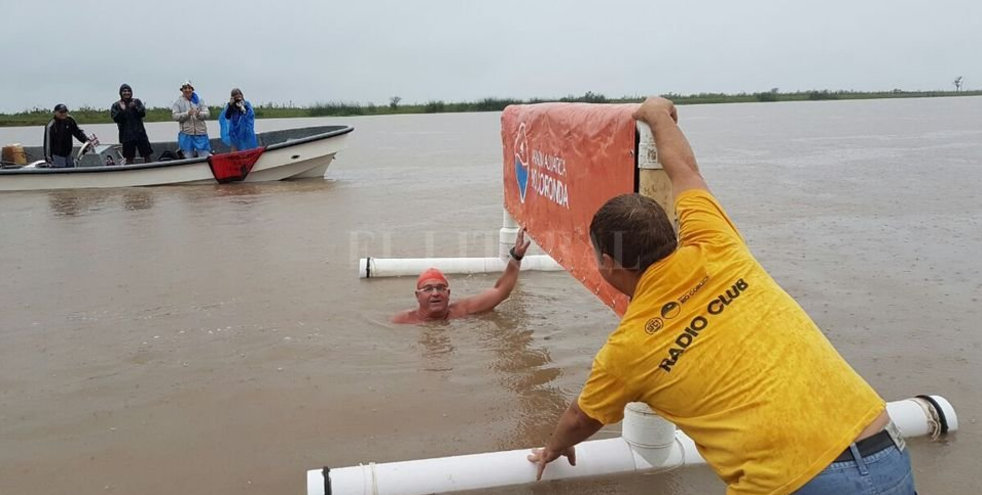 Alejandro Larriera is a former professional marathon swimmer who swam the 57 km Maratón Acuática Internacional Santa Fe – Coronda course in the opposite direction (i.e., he swam the entire course upstream from Coronda to Santa Fe). The unprecedented swim took 25 hours 11 minutes in 1988.

But he celebrated his 60th birthday swimming again from Santa Fe to Coronda in 7 hours 48 minutes. “This time I did it in the right direction.”

He finished in very good physical conditions. “I was very excited to have fulfilled the challenge,” who recalled that his father Carlos Larriera initiated this course to verify that a marathon race could be completed between Santa Fe and Coronda back in 1959.

History of The Great Race at Kingdom Swim