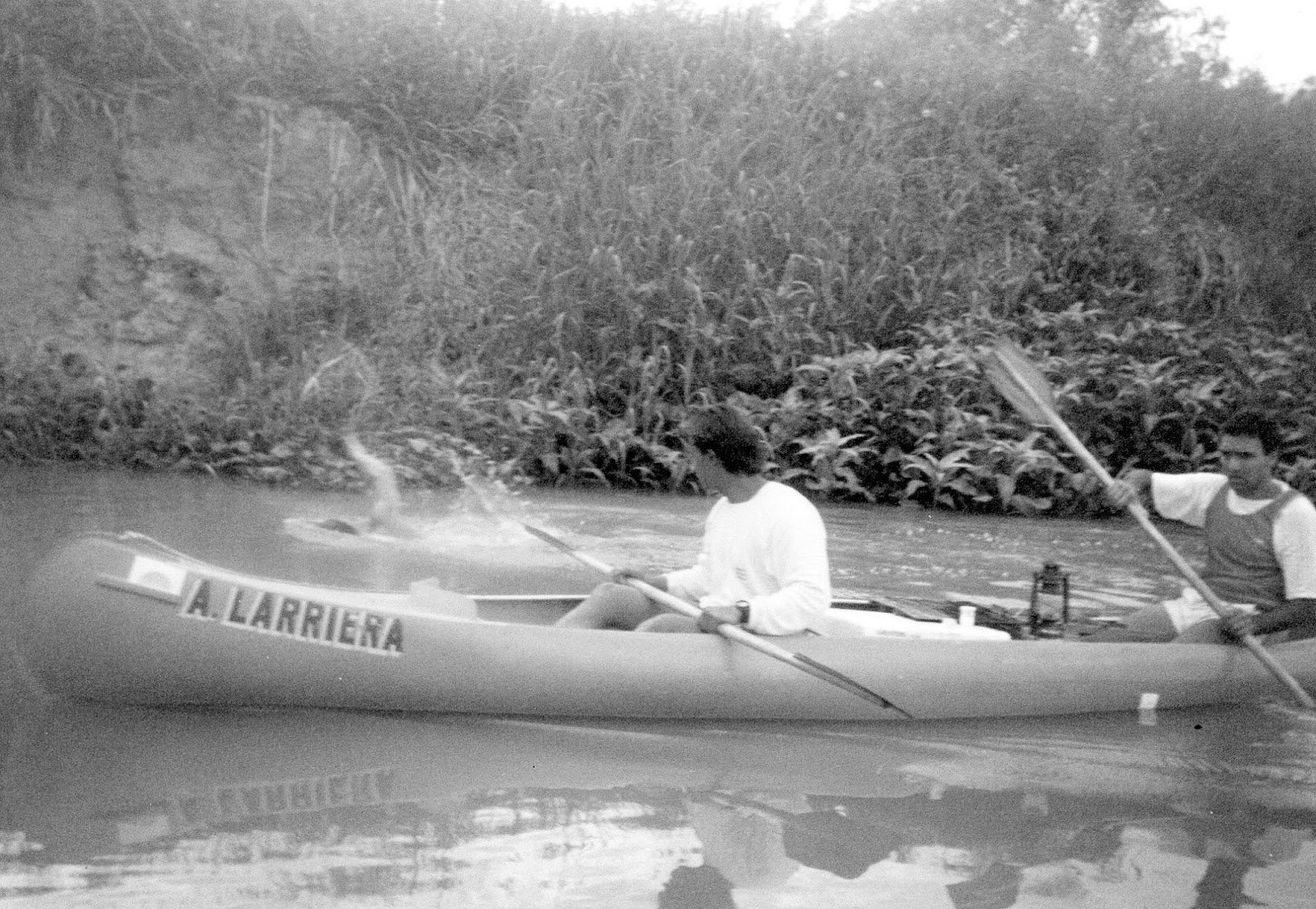 Alejandro Larriera is an Argentinian researcher developing conservation programs in Argentina for the broad-snouted caimán.

But the researcher also has a pedigree in open water swimming.

His father was a famed professional marathon swimmer, Carlos Larriera, an Honour Swimmer who was inducted in the International Marathon Swimming Hall of Fame in 1969 and who won the first two 57 km (35-mile) Maratón Acuática Internacional Santa Fe – Coronda (then called the Maratón Fluvial del Litoral Argentino) down the Coronda river in Argentina in 8 hours in 1961 and in 11 hours 38 minutes in 1962. He was also second in the 32 km (20-mile) Traversée Internationale du lac St-Jean in 9 hours 53 minutes in 1960 in Quebec, Canada and was a member of the World Professional Marathon Swimming Federation.

Alejandro took a similar path like his father and competed in the Maratón Acuática Internacional Santa Fe – Coronda and the Traversée Internationale du lac St-Jean as well as other swims like the Atlantic City Around The Island Swim.

But Alejandro one-upped his paternal hero. He set off on his toughest, longest and most unique swim of his career just after Christmas 1988.

Alejandro swam the reverse route of the Maratón Acuática Internacional Santa Fe – Coronda – a completely upstream battle for 57 km that took him 25 hours 11 minutes along the Coronda River.