Alice Franco Has 10 Million Meters Left In Her Odyssey 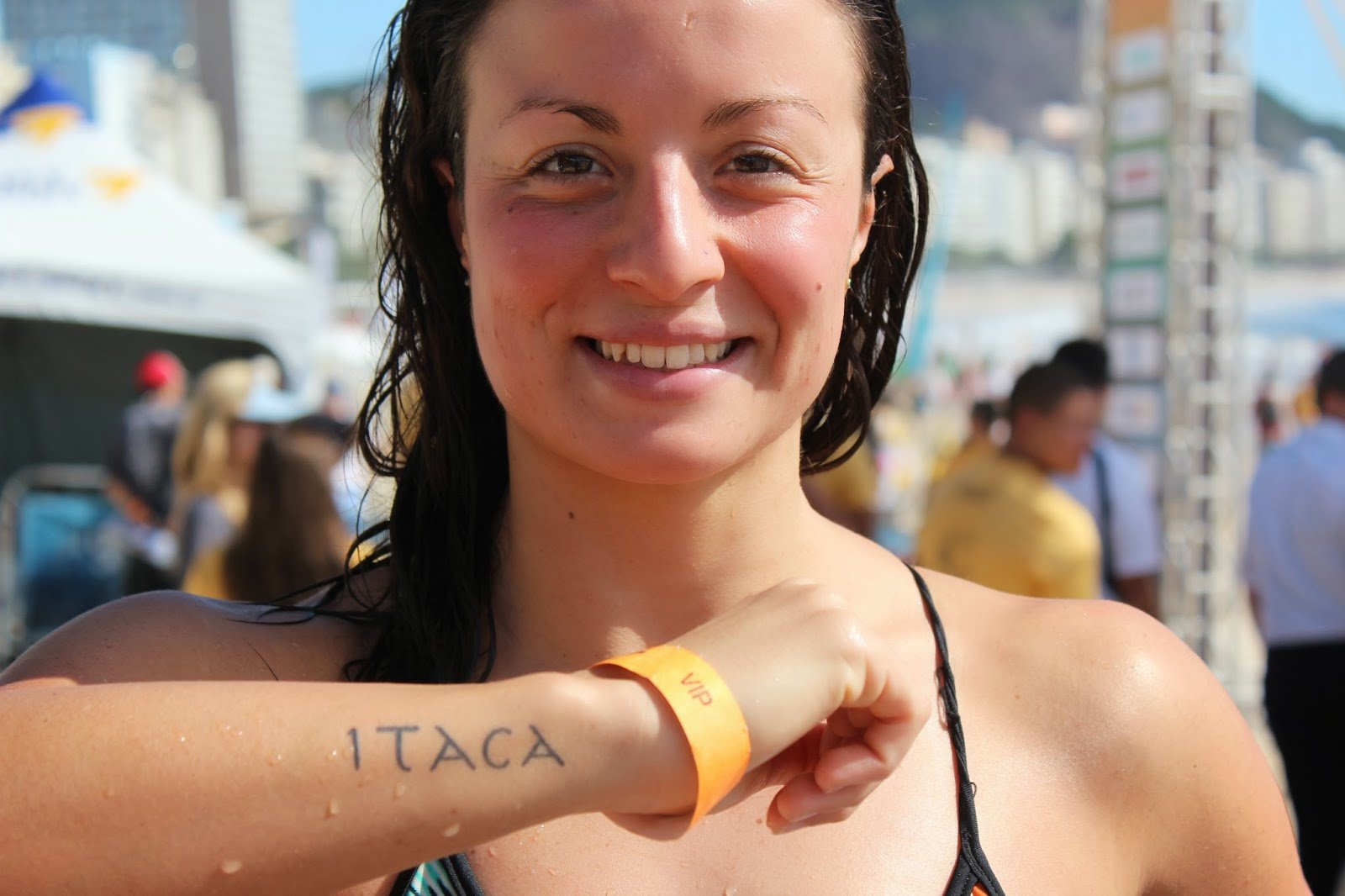 24-year-old Alice Franco is a professional marathon swimmer. Her goal? To compete in the 2016 Rio Olympic Games.

She has been training for years, long sessions in the pool like Odysseus in Homer’s famous poem Odyssey.

She knows nothing will come easy and the ultimate of commitment and courage will be necessary to make the Olympics.

So she has a tattoo on her forearm reminding her of the classic Greek poem The Odyssey. Like the Greek Odysseus long 10-year road home, the friendly Italian star will have to endure battles and surprises in the open water to ultimately reach her goal.

According to the Odyssey, Odysseus sailed from Thrinakia to Ogygia when his ship was struck by a thunderbolt and all his men were killed except him. He survived by swimming to Ogygia and then spent seven years with Calypso before escaping.

While many modern scholars do not associate these locations with any existing geography, imagine where Odysseus could have swum in real life. According to scholars, Thrinakia is associated with either Sicily or Malta while Ogygia is often associated with Gozo. If those is the case, then the following assumptions can be made about Odysseus:

If Odysseus swam from Malta to Gozo, this would make his swim a very human 6 kilometers (3.7 miles).

If Odysseus swam from Sicily to Gozo, this would have made his swim a much more godlike 93 kilometers (57.8 miles).

If Odysseus swam from Malta to the Atlantic Ocean, this would have made his aquatic adventure truly mythical at 1,772 kilometers (1,101 miles).

Franco faces something even greater. She will train at least 80,000 meters per week until July 2016 with some time off for vacations and other weeks swimming even further. Her effort will be Olympian. With approximately 125 weeks left until the 2016 Rio Olympic Games, she will face approximately another 10,000,000 meters (or 6,213 miles) of swimming to do.

Yes, it will be quite an Odyssey for Franco.