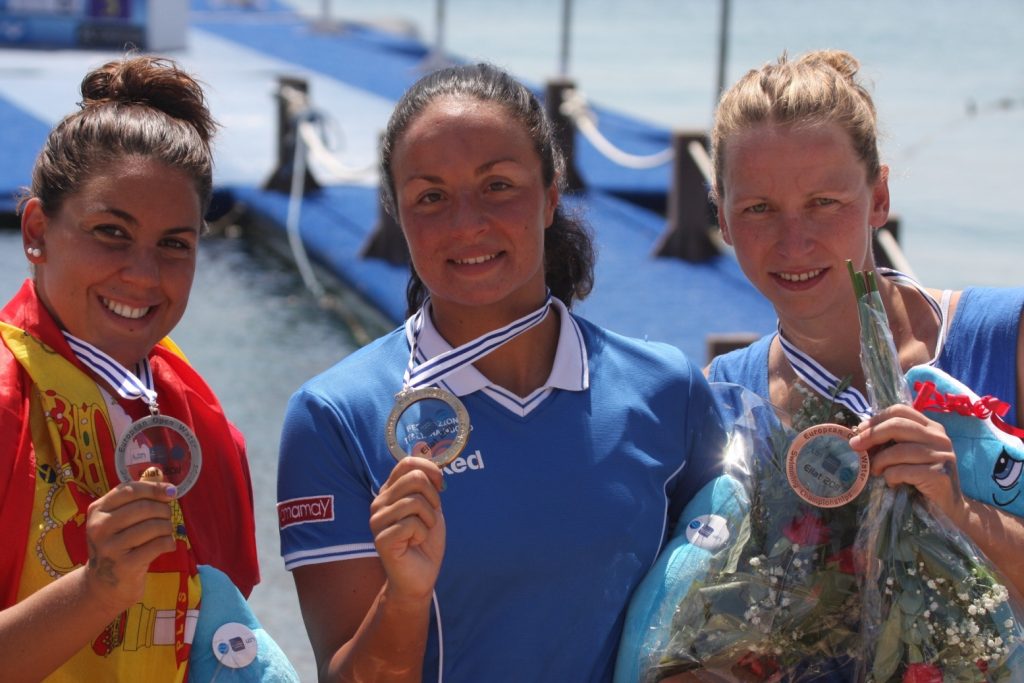 But it was Alice’s Italian teammate Martina Grimaldi who lead the pack during the first seven laps. Before she could show her closing speed, Martina was given a red flag at the feeding pontoon before the last lap.

Alice jumped at the opportunity and made the most of it by taking the lead among the leading five swimmers.

With 1000 meters to go, Alice was in front of the lead pack and swimming strongly to win by nearly 20 seconds. The 22-year-old from Asti gave credit to her teammate. “This course has a nice setting, but today it was windy and we had to fight against a lot of waves. Martina and myself, as well as others, led the pack. But most of the time I swam just behind Martina. At the beginning of the last lap I noticed that she was no longer with us and I did not understand why. When the race became harder in the last lap, I then decided to go in front on my own, trying to keep it up until the end.”

Margarita gave her version of the event, “What a tough race! Waves and wind. Alice was too strong during the last lap, so I decided to save my energy, toying with the idea of a possible silver or bronze.”

Jana, the 30-year-old Czech Republic star followed up her 5K silver medal performance with a bronze in her final 25K race, “My 25K career ends with a bronze medal. This was my last 25K here. This event is too long for me. Nobody wanted to take the lead during the first laps today and the real race started only during the last lap.”