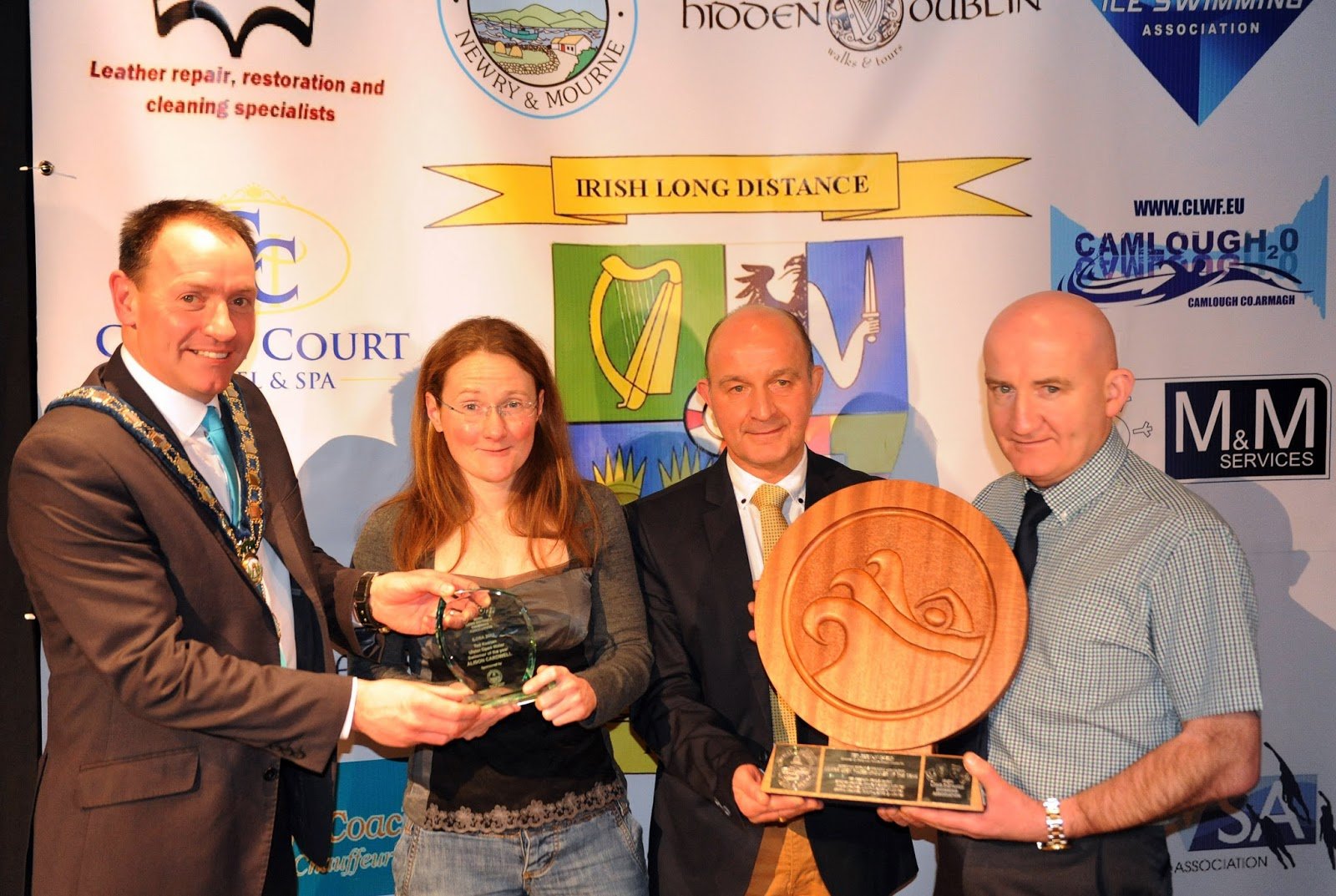 At the 2013 ILDSA Awards, Cardwell was awarded the newly commissioned piece made by Seamus Loughran from Newry and Mourne District Council Mayor Michael Ruane and Tony and Brian Keenan, sons of the late Ted Keenan.

The trophy Brian and Tony are holding represents Keenan’s achievements in a unique Triple Crown of marathon swimming. The three waves signifying each of his channel swims. On August 13th 1972, Keenan swam the English Channel in 18 hours 11 minutes. He followed this swim with a North Channel crossing on August 11th 1973 in 18 hours 27 minutes, and finished up with a Bristol Channel crossing on July 17th 1975 in 14 hours 26 minutes.