All Hands On Deck And In The Water 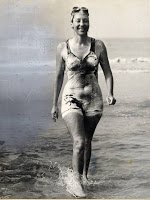 According to the Channel Swimming Association, Peter Frayne was an observer on Florence Chadwick‘s swim and had to jump in the English Channel to guide her after the water pump on her escort boat failed within three miles of shore.

Prior to that call of duty, Frayne was below decks on her escort boat pumping water out of the bilge.

Cold, tired and tough, Frayne, a police officer whose beat included the Dover waterfront, was the epitome of a supportive crew member for channel swimmers. 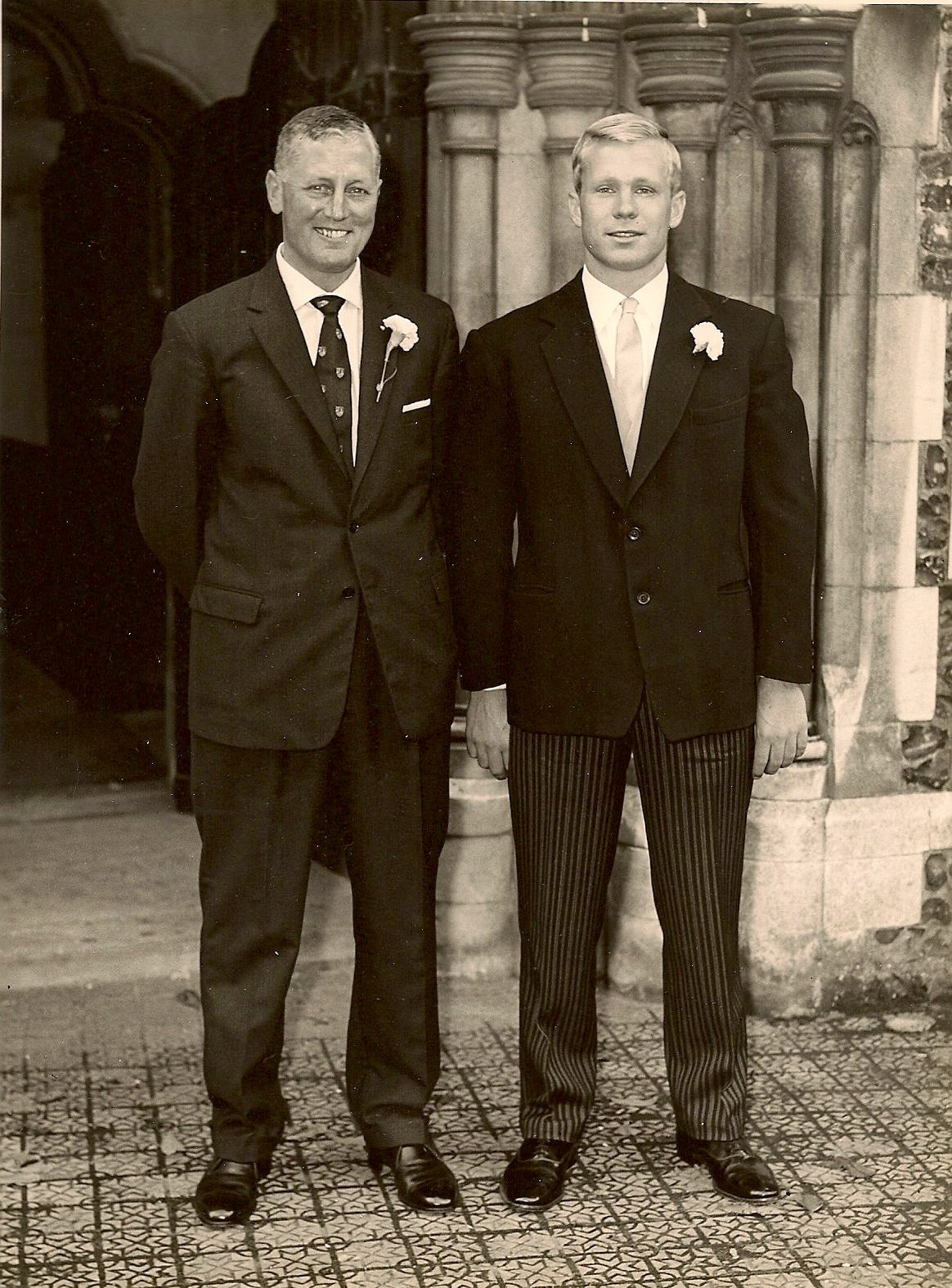 Frayne (shown on left with Dr. Harry Huffaker) served as the Honorable Assistant Secretary of the Channel Swimming Association, passed away in 2012 at the age of 92.

Huffaker remembers his good friend who also served in his wedding. “Peter was instrumental in introducing me to the English Channel. When he was is his 90s, he still pedaled his bike down to the seafront where he crawled across the cobblestones to enter the water for his almost daily swim year around.

He said it has become advantageous to plan his daily swim to coincide with high tide so he didn’t have so far to crawl. He was a man with an impressive war record; he was definitely tough.”

Huffaker recalls Frayne’s uncomplicated life. “He was uncomplaining and always upbeat; never a burden to anyone and never spoke ill of anyone.

After high school he enlisted in the British Army to serve in World War II. Most of his military duty was spent in North Africa. After that he joined the police force and spent his working life pounding the pavement in Dover.

After retirement he took up residence in nearby Herne Bay and enjoyed three principal activities – going to the dance hall, daily walks down to the seafront every day year round for a quick dip in the water, and traveling to Spain during the winter months
.”

He became served many years as Assistant Secretary of the Channel Swimming Association and was keenly interested in following and assisting Channel aspirants with whatever needs they may have. “Several years ago I flew to England to visit him after learning he had suffered a stroke. I found him to be his usual non-complaining, chipper self. Despite macular degeneration, he still managed to make his way down to the sea front on his bicycle for a quick swim.“

A true stalwart of the community he lived by the sea, he enjoyed swimming in the sea, and he helped others in the sea.