All Ice Swimming, Most Extreme Swims 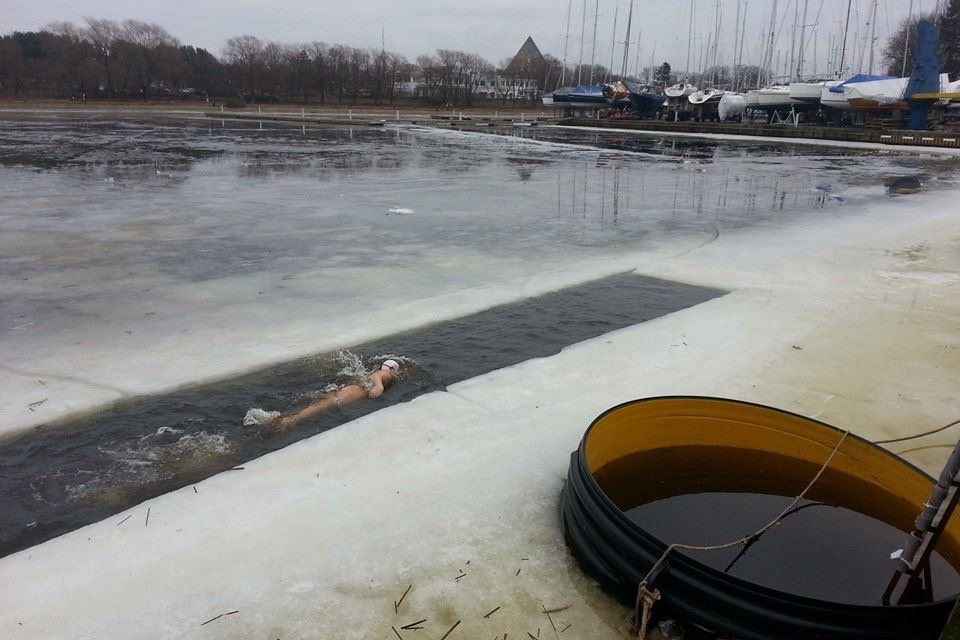 MO[st] Extreme Swims is a specialized cold water swimming tour company that organizes adventures in Siberia, the Arctic Sea, the Baltics, America, South America, the Russian Far East and beyond.

Its first tour of 2016 was at the 2nd German Open Ice Swim in the Wohrsee Lake in Burghausen with events between 50m up to 1 km.

Its second tour is the Khabarovsk Open Cup [shown below], held 5,000 km east of Moscow, between January 14th-19th in races between 25m and 450m freestyle.

Its third swim tour of 2016 will be held in New York City at the United States Winter Swimming Association‘s First National Championships in the Hudson River on January 30th. A two lane 25-meter swimming pool will be constructed between pontoon docks on the Hudson River where the water temperature is expected to be around 35°F – 40°F (2°C – 5°C) and the likely air temperature will range from 38°F – 27°F (4°C – -3°C).

The Pirita Open Festival in the Baltic waters of Estonia is next on its agenda between February 25th – 28th including a 1 km swim [shown below].

The 10th Winter Swimming ​World Championships in Tyumen, Russia, will be held between March 7th – 14th with races ranging from 25m to 450m.

Its last tour is to the Tyumen Open Cup held in Siberia, Russia, 1,000 miles east of Moscow between December 9th – 15th.