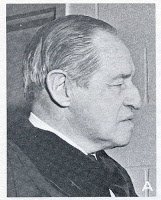 The 100-year anniversary of the first circumnavigation of Manhattan Island will take place in a special event 2015 hosted by the NYC Swim.

The athletes will honor the first solo swim around Manhattan Island by the then 18-year-old Robert Dowling. Dowling began his 13 hour 34 minute swim at 10:15 pm near Spuyten Duyvil, swimming through the night down the Hudson River and up the Harlem River.

A month earlier, Dowling had abandoned his first attempt after 8 hours 35 minutes because he had misjudged the tides. According to the New York Times account of his second attempt, he was up to the task due to ‘his weeks of preparation‘ and feeding of beef juice and chocolate every 30 minutes.

“He used the trudgeon crawl stroke down the Hudson River, but in the East River, the choppy sea forced him to alternate between crawl, breast and trudgeon strokes,” wrote the New York Times about the young man who would later become an influential financier and industrialist with varied interests from education, urban planning and politics to philanthropy, theater production, and film making.

After his unprecedented swim around Manhattan Island as a teenager, Dowling continued to showcase his talents both in and out of the water. His visions in real estate helped change the New York City urban landscape. He won a Tony Award in 1948 for his contribution to theatre as result of owning the Fulton Theatre, Morosco Theatre, Coronet Theatre, Gaiety Theatre, and Lunt-Fontaine Theatre as well as produced the original Sound of Music. He also provided a grant of US$3 million in 1968 to the Adelphi University campus in Oakdale, New York that later became Dowling College.

5-time winner of the Manhattan Island Marathon Swim Shelley Taylor-Smith says of her favorite marathon swim, “The Manhattan Island Marathon Swim is an event like no other. The swim offers a constant barrage of breathtaking views while you navigate around one of the world’s most iconic cities. It challenges you with tides and currents while pumping you up with adrenalin. It is pure heart-pumping action from the time you jump in the water until you take your last stroke.”

It is Dowling unprecedented achievement of 1915 and his well-deserved legacy in New York that the contemporary superstars will attempt to replicate in a special NYC Swim anniversary event on September 5th 2015.