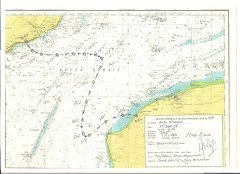 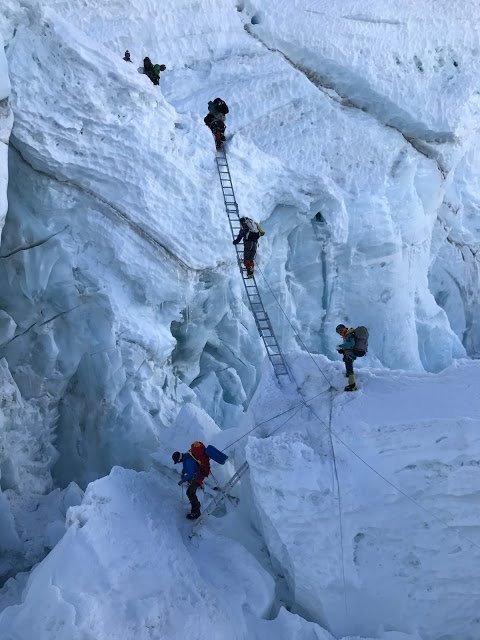 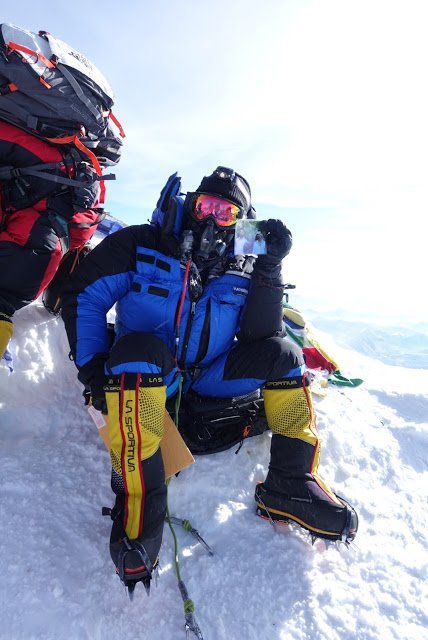 The English Channel is called the Mount Everest of swimming.

Allan McLeland should know if Mount Everest should be described as the English Channel of mountaineering.

The 50-year-old Corporate Vice President of Human Resources at Sonoco in South Carolina is a man of endurance and commitment who became the seventh individual in history to complete the Peak and Pond Challenge.

McLeland is an outdoor distance adventurer who has competed in triathlons of all distances and enjoys whitewater kayaking as well as set off to be one of the few to complete the Peak and Pond.

In 2008, the former swimmer swam across the English Channel in 16 hours 10 minutes. He describes his swim despite having a cold, “I got into a good rhythm and started plodding along towards France. For some strange reason, the cold water didn’t affect me at all. I didn’t even think about it.

…there were no jellyfish…but my left shoulder started to get really sore. I don’t know if I changed my stroke to compensate for my slightly injured right shoulder or what. But it steadily got worse. It became quite painful for the last 4-5 hours of the swim.”

His mood stayed positive hour after hour as he accepted the pain. “And then my feet hit sand. That felt soooo good. At 1:01 am Sunday, I walked out with both hands in the air and marched up the beach. My legs worked surprisingly well. I turned around to soak in the moment. It’s hard to describe the sense of accomplishment, relief, exhaustion and just general euphoria that I had at that moment.”

McLeland’s legs worked equally as well in his recent summit (on May 23rd) of Mount Everest.

Despite his batteries running low and frozen feet, McLeland remembers his summit to 8,848m (29,029 feet) to the top of the world. “While I was hurting and cold, I was also able to enjoy the amazing beauty of this special place. I kept going and going…eventually I could see the top in the distance.

I scaled the famous Hillary Step…after a bit more progress, [I saw] several false summits, [then] I could see the true summit 25 yards in front of me. I slowed my pace to enjoy the last bit of the walk up. I could see a few of my team members celebrating and waving to me.

Then, I was literally on top of the world. It was a great feeling. I forgot how cold and tired I was. I took in the beautiful sights. There were only about five of us up there including Sherpa so we were treated with some great access to the top. In spite of the strong winds, it was a very clear day and lucky to have such a great view.”

McLeland described in detail his journey to both the English Channel (here) and Mount Everest (here). The similarities and differences of his journey to achieve both are striking.