All’s Well That Ends Well In The Open Water 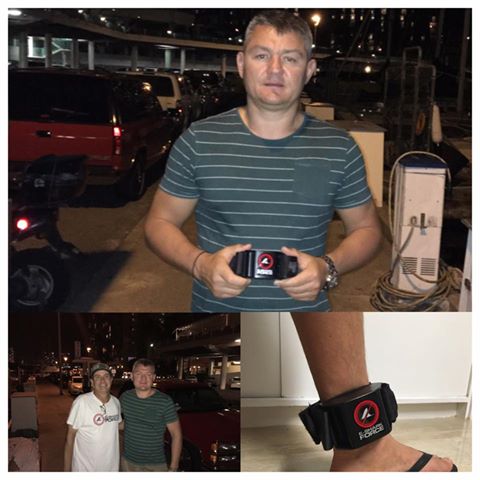 The native Moldavian living in Ireland has not only completed an 8-day 235 km Swimming Marathon Nistru stage swim, but he has also completed an Ice Mile swim in 3.3ºC (37.9ºF) water, an English Channel crossing in 13 hours 34 minutes, a Strait of Gibraltar crossing in 4 hours 41 minutes, the Swim of Peace in Tunisia, the 26.4 km International Self-Transcendence Marathon Swim in Lake Zurich, and a North Channel crossing in 16 hours 23 minutes in 11-12ºC water.

But with the water so warm in Hawaii, how hard could the Molokai Channel really be?

Linda Kaiser reported, “Ion couldn’t believe how tough the Kaiwi Channel is. I had told him of the currents and jellyfish.”

On the same day that Stephen Junk completed his own Molokai Channel crossing, Lazarenco entered the Kaiwi Channel around the same time at 6:49 pm Tuesday night from Papohaku Beach on Molokai Island. “He finished at 1:00 pm on Wednesday afternoon at Sandy Beach on Oahu under the escort of Captain Matt Buckman and the Kaiwi Channel Swimmers Association.

The forecast showed light winds on Tuesday and Wednesday with winds getting stronger Wednesday afternoon through the weekend. But someone forgot to tell Mother Nature.

The winds off Molokai during the night were 10-15 mph, picking up as the sun rose to steady 20 mph. Ion dealt with quite a few man o war stings during the night. The current was strong, but his escort captain was genius in using the currents to get him into shore.”

Besides the pain of the stings and power of the currents, there was one thing that Lazarenco was prepared for: sharks. “He used the E-Shark Force Electronic Shark Defense System and saw no big fish,” said Kaiser.

“I wore this around my ankles to scare away the sharks, thanks to Wilson Vinano, Jr.,” described the five-time Oceans Seven swimmer about the E-Shark Force device [shown above].

But like the play by William Shakespeare, All’s Well That Ends Well, when Lazarenco landed on Sandy Beach, the lifeguards announced his arrival and the entire beach sounded car horns, clapped, and whistled.

He raised money for his charitable cause on his fifth Oceans Seven swim that places his fifth on the global list.* His Swim for a Dream supports needy children in Moldavia.

For dramatic videos of his turbulent crossing, visit his Facebook page here.