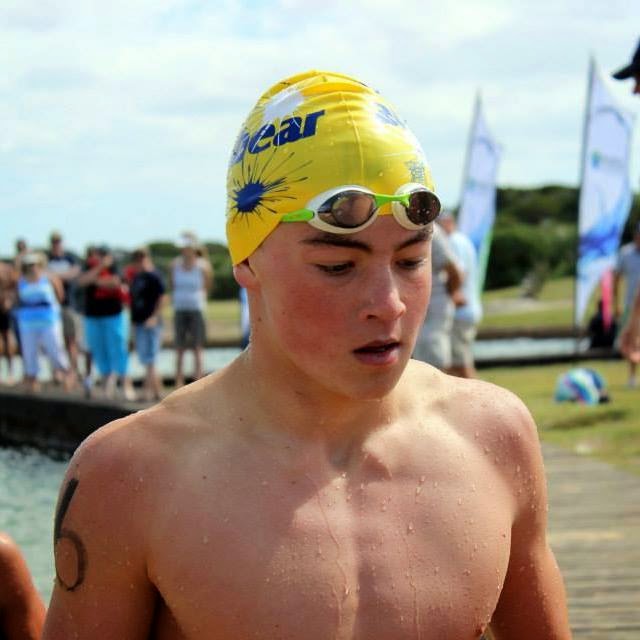 Both swam South African national qualifying times and will represent their province at the South African Championships next weekend.

De Jager from St Francis Bay set the pace from the beginning in close-to-perfect conditions at Marina Martinique, leading from start to finish. “This is my first season of open water swimming and I am really enjoying it. I am looking forward to the South African Championships and will see what happens there.”

Seth swam intelligently to beat Byron Lockett and Daniel Jones, who had both swam the Bell Buoy Challenge earlier in the day in Algoa Bay.

In the 3 km women’s swim, local swimmers Michelle Strydom and Riette Doubell came second and third respectively, with Erica Scheepers from Port Elizabeth winning the race. Father and son duo of Francis and Alan Searle (Humansdorp) both won their age groups in the 3 km swim.

Strydom and the younger Searle then doubled up to get back onto the podium in the 1 km. Michelle Strydom took third in the 1 km while Alan Searle claimed another gold medal in the 1 km men’s event.

BEST Swim Club won the participation league with Aquabear and PEA coming second and third respectively. They shared the R10,000 prize money, compliments of Metsi Water Solutions and Swimming Plus.

Byron Lockett won the prize for being the swimmer who accumulated the most points for his club during the season.

The Eastern Cape Open Water Swim Championships was sponsored by Metsi Water Solutions and formed part of a series that took place at Marina Martinique starting in October.