An Adventure Like No Other In The Mighty Red River 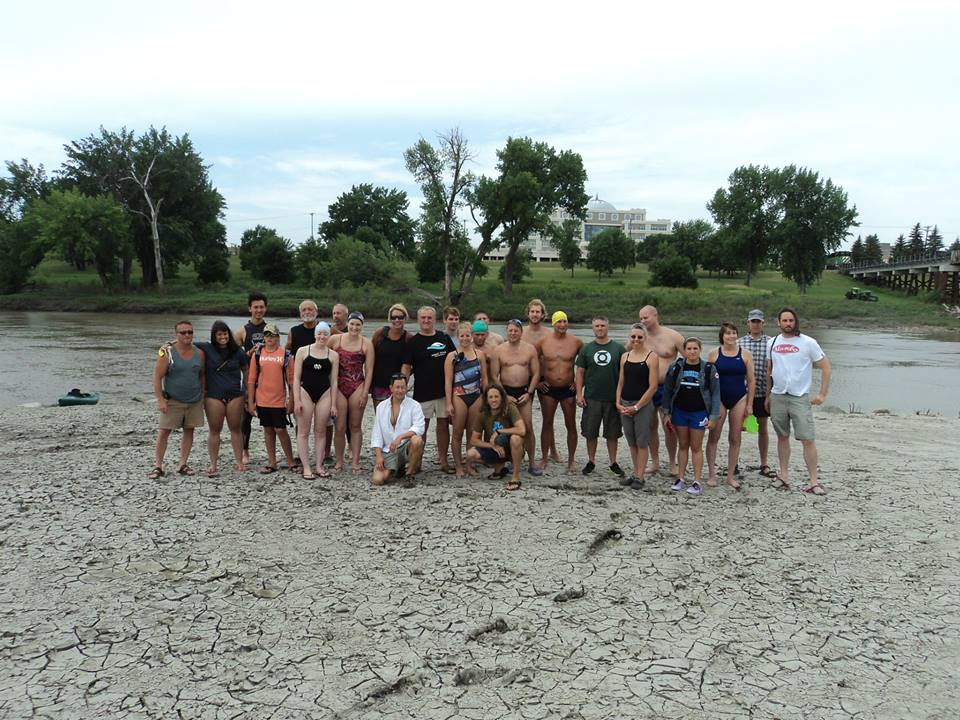 Sandra Bergquist from Minnesota finished a close third to Karen Zemlin and Jen Schumacher in the 27-mile (43 km) Extreme North Dakota Watersports Endurance Test (END-WET) in 7 hours 1 minutes and was more than pleased with the organization.

“The folks at END Racing are a great bunch of people. The effort they put into this event is second to none. They get the city of Grand Forks, North Dakoto involved in all aspects of the event. They are a very family-oriented group of adventurers who really care about what they do.

Andy Magness and Rob Treuer are the brains and brute behind END Racing. They are traditionally an adventure, biking, running outdoor group, a real grassroots organization. They also have a non-profit run called Ground-Up Adventures that aims to educate and promote youth adventure-based activities. There is always a small-town feel and family atmosphere to the entire event from the test swims to the actual event
.”

Her appreciation goes beyond the men at the top. “The volunteers at END–WET put all other event volunteers to shame. They have so many people doing so many things. They aer all happy and just as excited as you are to be there and witness this event. For a city where they say “DON’T swim in the River”, the community really opened up for every swimmer and their families. Everywhere we went in town, people knew and were excited about END-WET. It was similar to Dover, England when everyone thinks that you are crazy for attempting the channel. Everyone thinks you are crazy for swimming in the river. 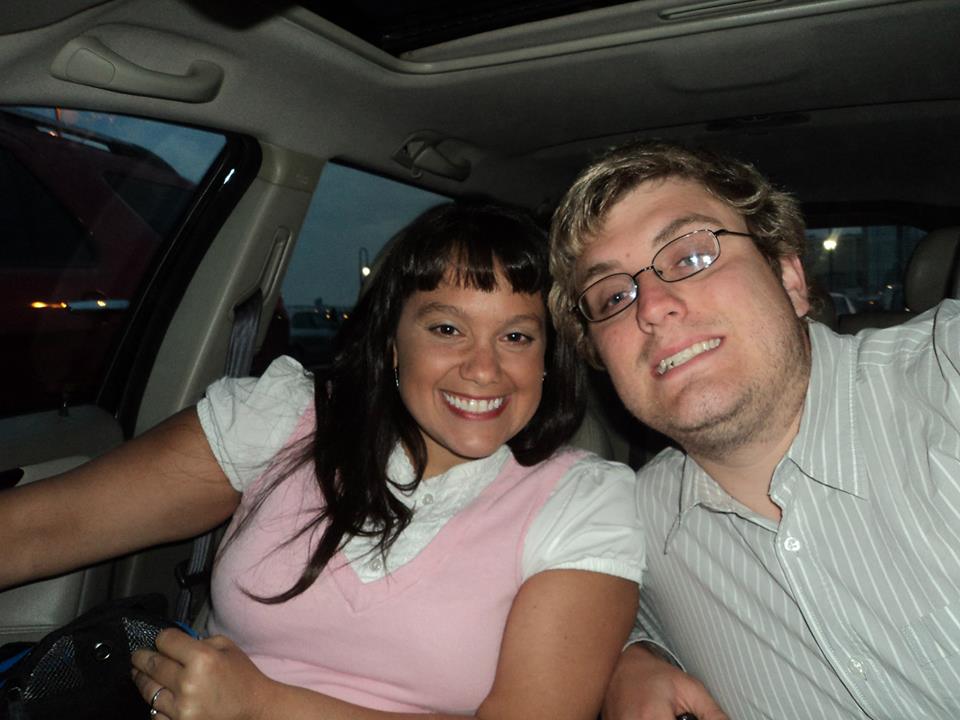 But like many things in the open water, the success of the event was not guaranteed. “As recent as a week before the race, the Red River of the North was in flood stage that put the race in jeopardy. [Husband] David (shown on left) and I went up the weekend before the swim for a test swim. I got in the water on top of a row of trees that had been underwater due to river flooding. It was a complete different experience then last year, but just as fun and rewarding.”

As it turned out, things changed for the better.

“The waters receded days before the race so with the increase in water and river flow rate, expectations were for an extremely quick race with times expected to drop over 3 hours from last year’s event. The water dropped even more right before race day with a stage of approximately 17.5 feet, and a flow of 7,200 cubic feet/sec, a seven-fold increase in rate of flow.”

On Friday evening after the pre-race technical meeting, there was a showing of Big River Man in an antique fire hall from the early 1900’s. “We had an introduction from Martin Strel who denied drinking as much as the film depicted. Martin was there in support of one of his son Borut’s good friends, Patty Hermann. Martin also sponsored our Open Water Swim series last summer.”

The race began at 8 am on the Minnesota side of the river near Grand Forks and East Grand Forks. The start was a rough slab of cement covered in the famous Red River Mud. The field swam about 1.75 miles up to the portage, a 0.25-mile run up the muddy embankment of the river, across a parking lot and down a equally muddy boat ramp and back into the river. The portage was necessary to avoid a low head dam.

Magness explained about the mucky water, “There is no visibility whatsoever. The turbidity – the amount of suspended sediment – is very high. The quality of the water though is also high. It’s one of the cleanest rivers in the state, safe to swim in, and doesn’t smell or taste bad.”

Landon Ascheman has left a new comment on your post “An Adventure Like No Other In The Mighty Red River…”: “It was fantastic,” said Landon Ascheman who finished in 9 hours 24 minutes. “I did catch the whiff of one fish around mile 22, but that’s not bad at all. In my opinion, it was healthier to swim in the Red River than in the pool. In most chlorinated pools I can last about 4-6 hours before the chlorine forces me to quit with a hacking cough. No problem in the river.”

After a few miles back in the river, Karen Zemlin was in front Jen Schumacher by about 4 minutes. Bergquist was another 3 minutes behind Schumacher. For the next 10 miles, Schumacher and Bergquist battled for second, switching positions a few times and following Zemlin’s lead. At the half-way point, a group of 30 people lined the edge of the river cheering on the competitors and their support kayakers as Zemlin reached the halfway in 3 hours 43 minutes. Schumacher (3 hours 45 minutes) and Berquist (3 hours 46 minutes) were close behind. “Jen and I stayed close, changing positions a couple of times for the next 7 miles. Around mile 22, Jen found some current and made a push to catch Karen.”

With 2 miles remaining, Schumacher caught Zemlin to make it an exciting culmination as they fought for the lead until the end. About 200 yards from the finish, Schumacher was in the lead going under 2 large bridges as she swam in towards the edge of the river while Zemlin stayed in the middle. Zemlin’s choice was the best one as she caught the current and passed her rival with less than 100 yards before the finish. Zemlin stood up first and ran up the boat ramp 15 yards inland, about 20 seconds ahead of Schumacher.

“The guys at END Racing aim to keep costs low so that anyone from anywhere has the chance to swim a marathon or any of their adventure races. The prizes are not extravagant, but the real prize is getting to experience essence of putting your body through something as grueling a 27 miles in a muddy river in the middle of nowhere in North Dakota and Minnesota. I found a connection and was able to appreciate the river for what is was. And I couldn’t be happier for my teammate Karen Zemlin! Who better and more deserving to set the course record and such an amazing inspiration all the way.”

Bergquist summed up the second edition of END-WET, comparing it to the inaugural event in 2012. “This year the field was much stronger and the times much faster. The swimmers had to adjust to the stronger current which would move me quite a bit when I could catch it right, but it had so many reverse currents and eddies that you were fighting them at other times. The water is so mucky that you cannot see your hand in front of your face.

Racing with the best made you feel like you belonged with them and cutting 2 hours and 12 minutes off of last year’s time felt great. Finishing third only 3 minutes behind the first and second place swimmers was an amazing accomplishment, but it left me wanting to do it again and to get the win next time
.”

And at the end of the day, it was an adventure. “Mud, mucky water, rocks, trees and limbs not to mention a car in the riverbank and some other amazing sights. Eagles soaring overhead and huge catfish nipping at your feet. What an amazing adventure. In most races you can look up and see where you need to go but in this race you really can’t see very much so you have to trust your guide boat even more than normal.