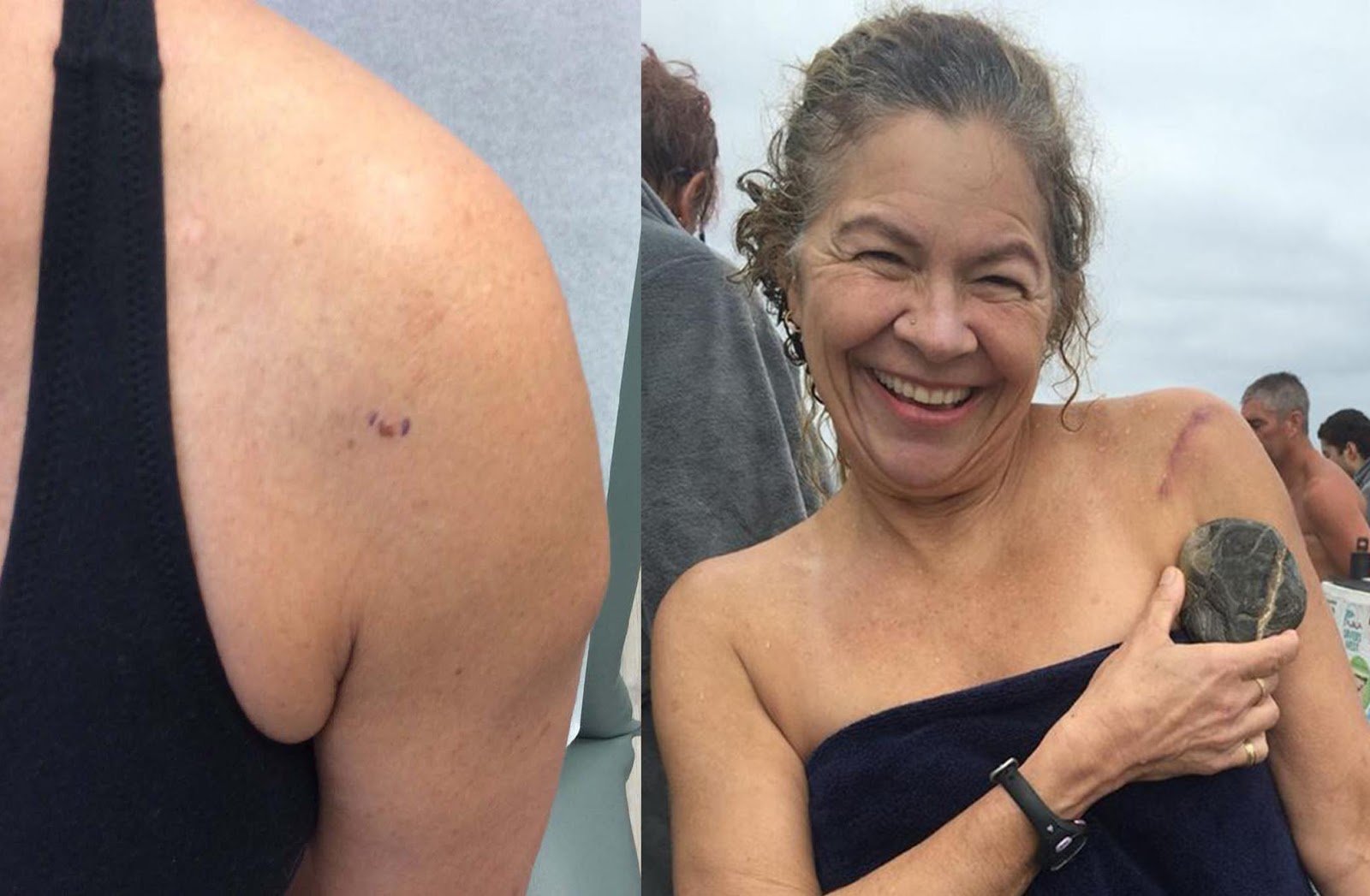 After coordinator Lynn Kubasek participated in the mixed 50-59 year relay As Seen On The Internetz across the Catalina Channel from the mainland to Santa Catalina Island [see below], she had surgery to remove melanoma skin cancer.

“Two of my team members had gone through melanoma, so I was with a good team.

Mine was stage 1b which references how deep the cancerous cells had gone. They took some lymph nodes because of that in order to make sure it did not spread. That portion of the recovery was the worst. My entire left breast turned blue from bruising and I developed a post-surgical seroma.
“

Fortunately, Kubasek’s lymph nodes were clean and she required no further treatment other than surgery; no chemotherapy or radiation.

Photos above show photos before and after of her melanoma. She caught this mark herself and ignored her doctor’s comment that “the pretty little spot was nothing. If it were bad, it would be big and black.”

Her recommendation was, “Be cognizant of your bodies. We are outdoors so much and we need to pay attention to those little spots and especially the ones that are changing and irregular.”