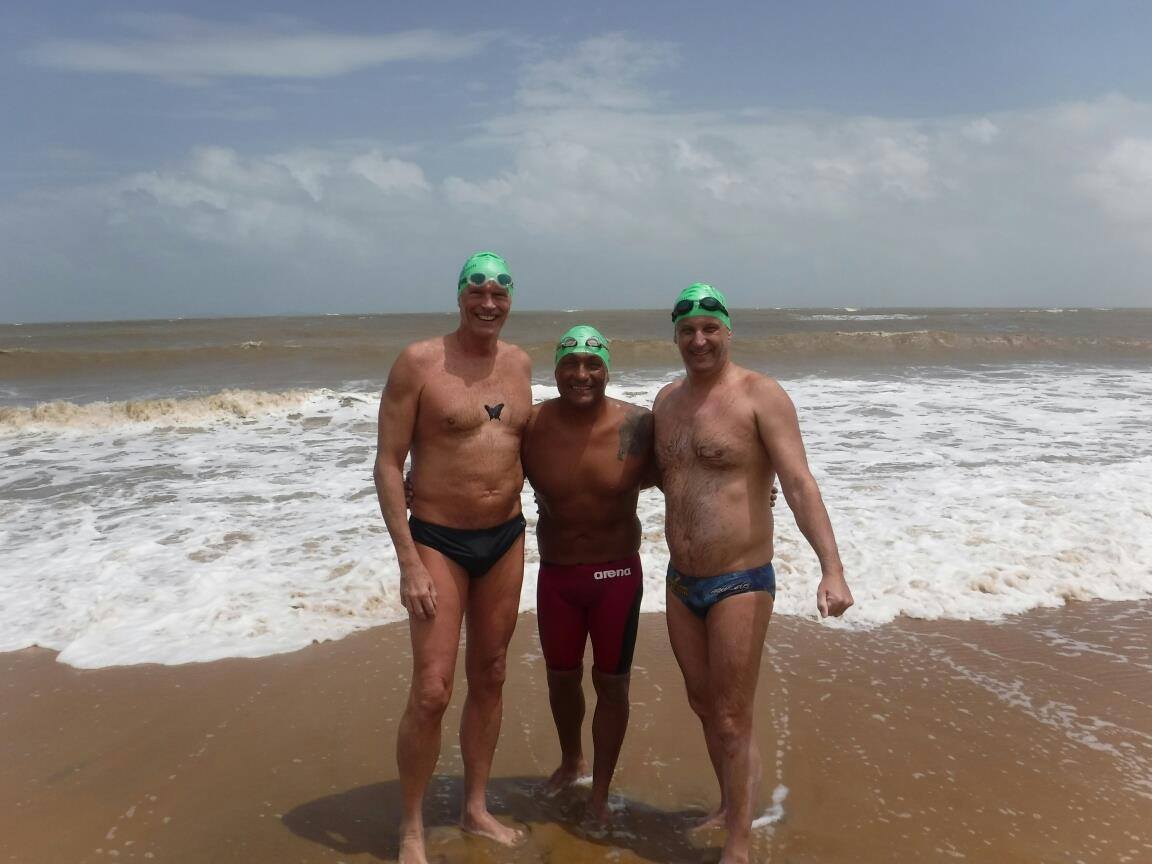 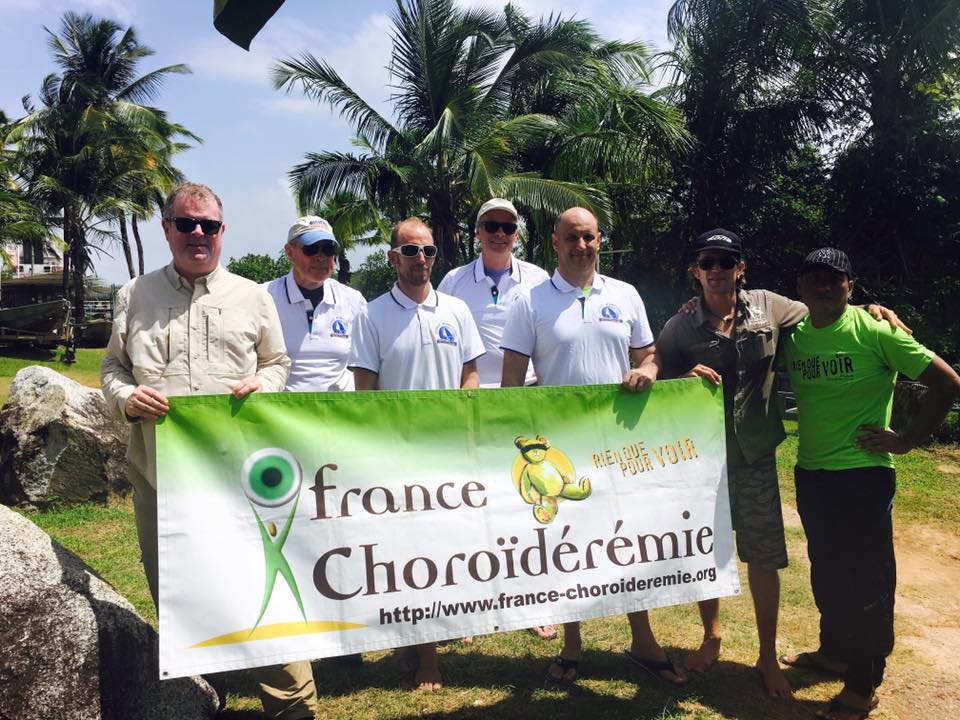 The island was a part of the controversial French penal colony of French Guiana for 101 years, from 1852 to 1953, but in spite of its being the smallest part of the penal colony, it is the most famous due to its use of internal exile of political prisoners.

Emich reports, “I gave it a go, but after fighting the 6-foot waves for 2 hours 54 minutes and covering close to 5 miles, my 65-year-old body had had it and I got out.”

But Denison made it. “Devil’s Island has restricted access. So we swam from Île Saint-Joseph where they had the prison pits. The closest distance to land is 12.7 km, but of course there was NO CHANCE of going there so we landed further up the coast.

Jills, Jacques, and I swam together and finished in just under 4 hours, but it felt like more than 6 hours
.”

“There were 2 to 3 meter swells and strong winds sort of going in our general direction. A strong current meant we sprinted for the first hour as it swept us to our right. Jills didn’t quite get the message to sprint only for the first mile so we were treated to a brisk pace setter. It seems that February is the worst time of the year to swim. It was a real adventure.”

The escort boat captain was Bruce Foulquier with crew Michael McCabe and an experienced safety crew. Two individuals have finned and snorkeled the crossing before in 8 hours and Vanegas who completed the crossing twice before.