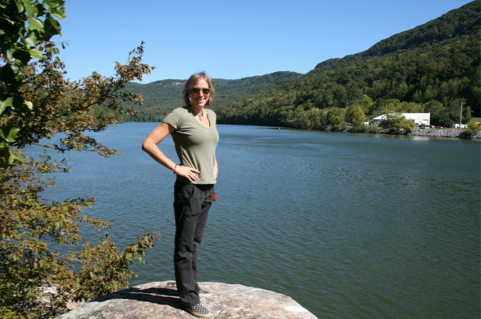 With hundreds of open water swimming enthusiasts staying up all hours of the night to log on to the Swim The Suck site, the clock struck midnight.

Like the latest iPhone release or vintage Nike shoes, the demand outstripped the supply. With such sky-high interest in the Swim The Suck, the online registration system was overwhelmed as swimmers around the world were clicking their mouses and hitting their enter keys.

Some swimmers were bound to be disappointed because only 75 slots were available to the coveted marathon swimming race down the Tennessee River Gorge in Chattanooga, Tennessee.

Envisioned and organized by Dr Karah Nazor, the 10-mile swim has attained quite a cache among the open water swimming community. In its short history, it has become akin to the North Shore Surf ‘n Sea Swim Series in Hawaii, the Pennock Island Challenge in Alaska or the Slam the Dam events in Nevada, or the S.C.A.R. Swim Challenge in Arizona.

“I bet there were hundreds of people competing for 75 slots,” estimated race director Nazor who is faced with a growing demand but a fixed inventory of assets from kayaks to parking as well as pilots and volunteers.

The 4th Annual Swim the Suck 10-mile open water swim through the Tennessee River Gorge is hosted by the Chattanooga Open Water Swimmers (C.O.W.S.), Outdoor Chattanooga and RiverRocks and will be held on October 11th.