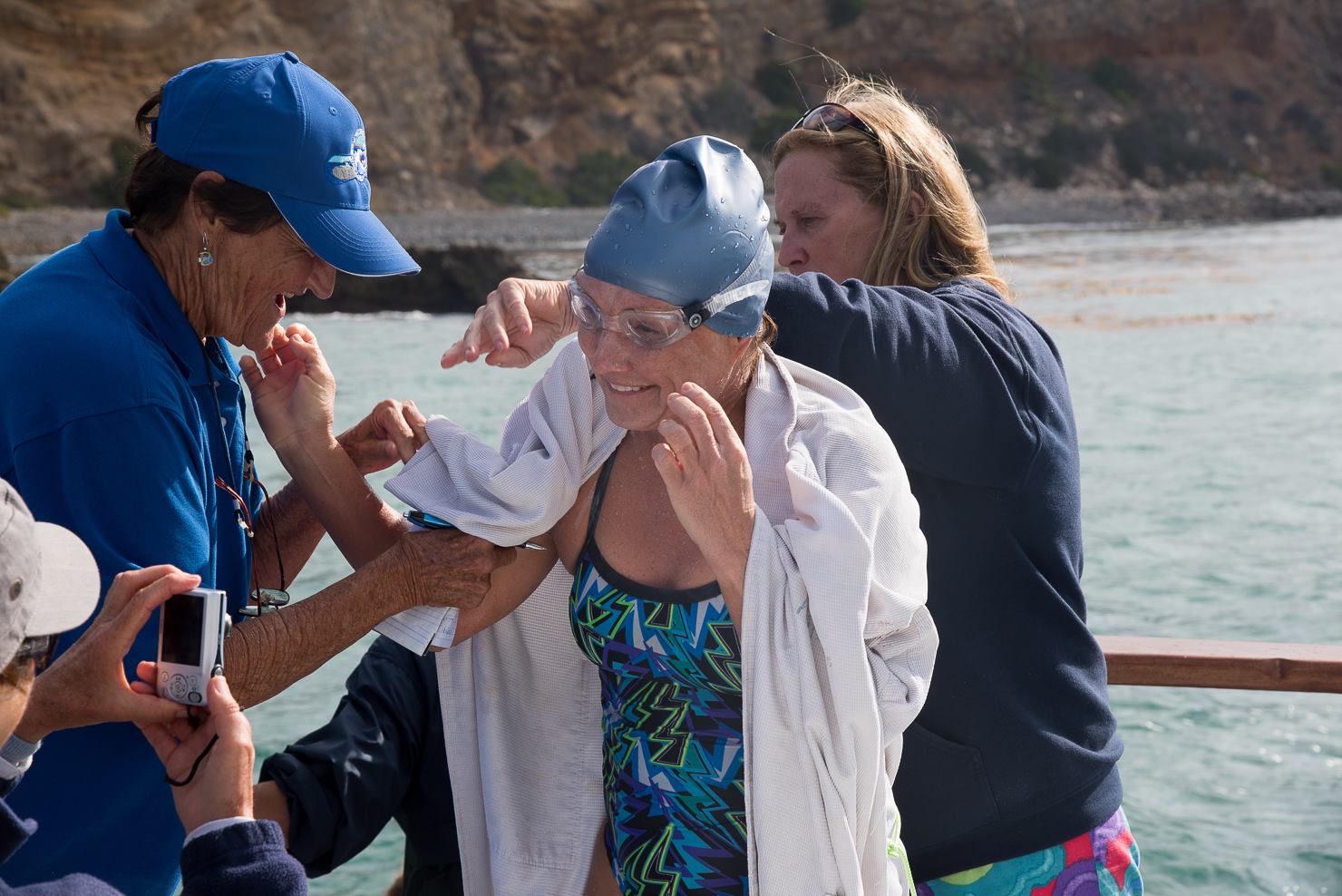 As of yesterday, the members of this exclusive Triple Doubler club include Mexican Antonio Argüelles (twice, in 1999 and 2009), American Tina Neill (twice, both in 2008 and 2012 in backstroke and freestyle), and Australian Penny Palfrey (twice, both in 2010 and 2015).

Palfrey, who completed her latest crossing of the Catalina Channel in 9 hours 20 minutes, is congratulated by two other luminaries of the sport, Carol Sing and Barbara Held, in the photo above, courtesy of Paula Selby. For more information, visit Catalina Channel Swimming Federation Facebook page or Palfrey’s Facebook page.