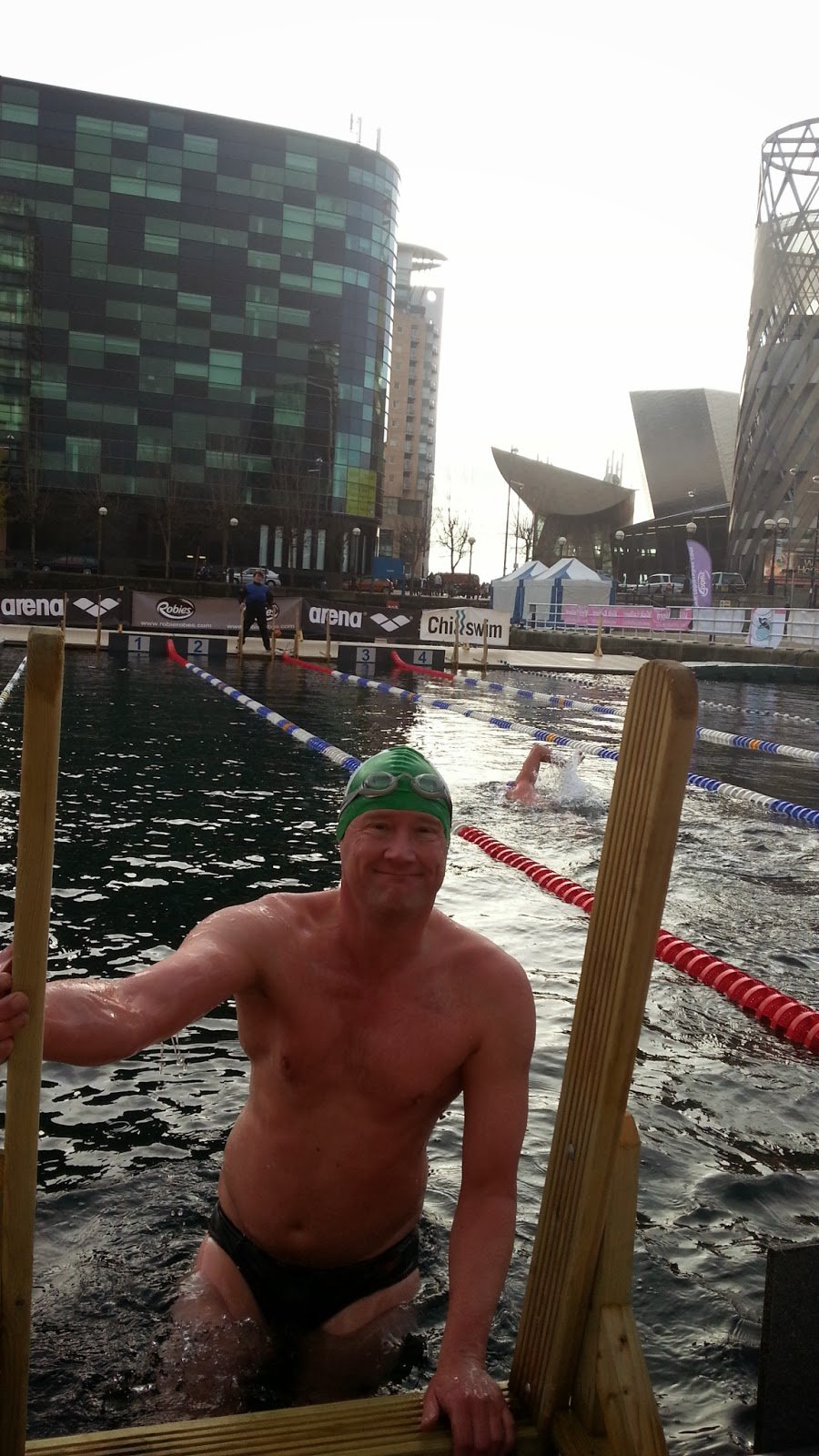 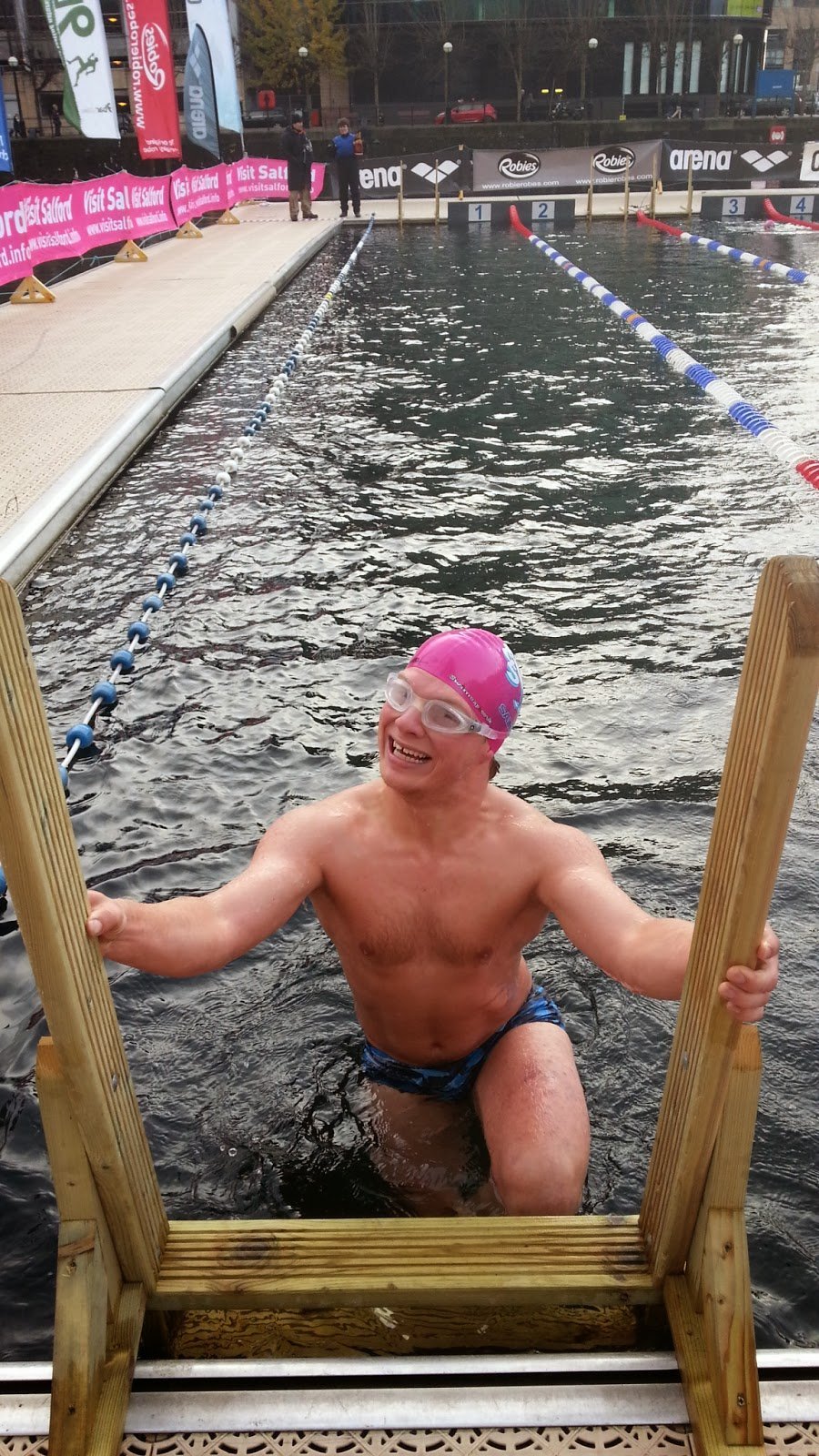 Andrew Allum broke 6 minutes in the 456m endurance event at the inaugural Big Chill Swim Salford on a chilly morning in the heart of the Salford Quays, England this weekend.

Showcasing over 170 ice swimmers in a pool purposefully set amidst the bustling Quays, the event organized by Colin Hill was the highlight of the city council’s weekend events.

Eye-opening and mind-boggling to hordes of early Christmas shoppers, the swimmers were instructed by the announcer to ‘take off their clothes and get in the water’ as they approached the start at dock 9 throughout the day.

The Chillswim event was held in accordance with the International Winter Swimming Association rules and was held in an outdoor 4-lane 24m section. The water temperature on Saturday was just under 7ºC (44.6ºF) for swimmers who ranged from 19 to over 60.

Councillor Ann-Marie Humphreys, assistant mayor for culture at Salford City Council, said, “This amazing spectacle with hundreds taking the plunge at The Quays in December was an unmissable event for spectators.”

Hill had a constant smile on his face as he observed the 24m Penguin Dip, 24m breaststroke competitive race, 48m competitive freestyle race, 4 x 24m relay and 456m endurance swim. “We are really excited to bring the Big Chill Swim to Salford, a fantastic urban environment with the Lowry and Media City and a great contrast to our other swimming events in the Lake District. We are delighted that so many people travelled to take part in the event and really hope to be back here next year.”

With more chilling events planned for his home base in Windermere, including a Boxing Day Dip on December 26th, and additional extravaganzas scheduled for 2014 (see www.chillswim.com), Hill is on roll bringing extreme events to Great Britain.