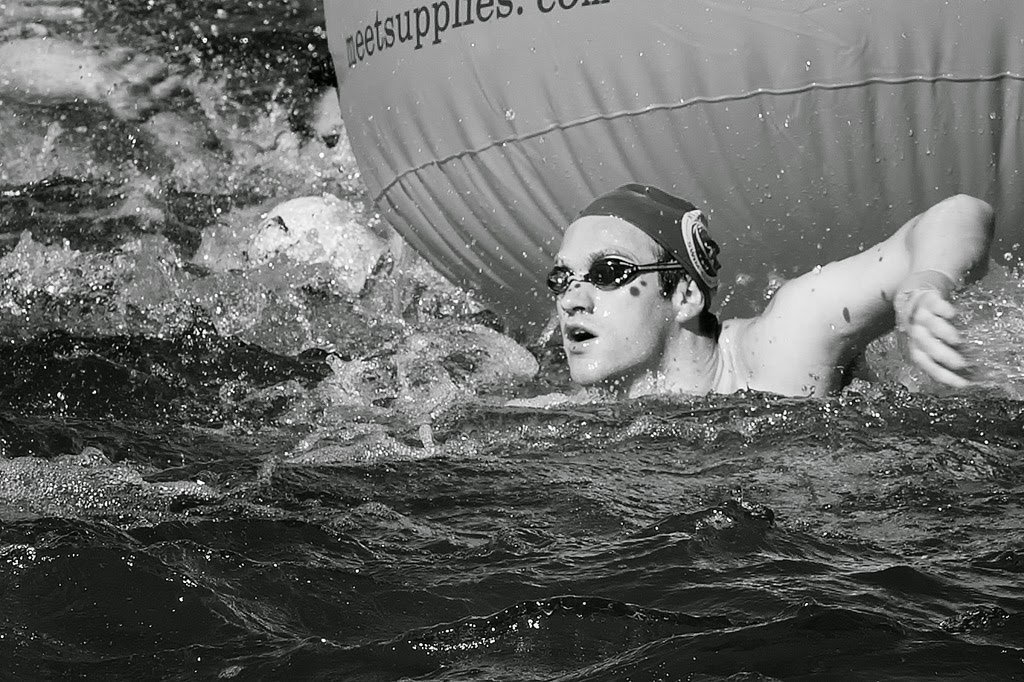 Andrew Gemmell is considered a genius in the open water swimming world with a navigational IQ that is off the charts.

The 2012 Olympian’s choice of direction in every condition during every race is calculated internally by his own cranial GPS, but his courses are set like he has a laser-mounted radar on top of his swim cap. Like an open water savant, Gemmell surveys the situation during a race and among his competitors and then puts his head down and navigates to the course he sees in his head.

But there are practical tips that Gemmell uses that shows he utilizes as much practical knowledge in making decisions as the innate mariner’s wisdom he naturally possesses.

Gemmell takes quick looks immediately after rounding a turn buoy. He doesn’t simply rely on the pack to guide his direction, but seeks tangential relationships at points in the race where there are changes in direction.

Gemmell observes the direction of and slack in the ropes that are attached from the turn buoys, giving him immediate feedback on the direction and degree of the currents.

Gemmell learns from the tendencies and navigational mistakes of the pack on the multi-loop courses in the first half of the race. Sitting from his usual positions in the middle and rear of the lead and secondary packs in the early parts of the race, he is bidding his time and learning the course by carefully watching others, even as he races.

When an athlete combines a passion for a discipline, a penchant for hard work, and innate talents (like navigational IQ in the open water) like Andrew Gemmell has, the individual has all the markings of a champion.

Watch out for him in Copacabana Beach at the 2016 Rio Olympic Games.