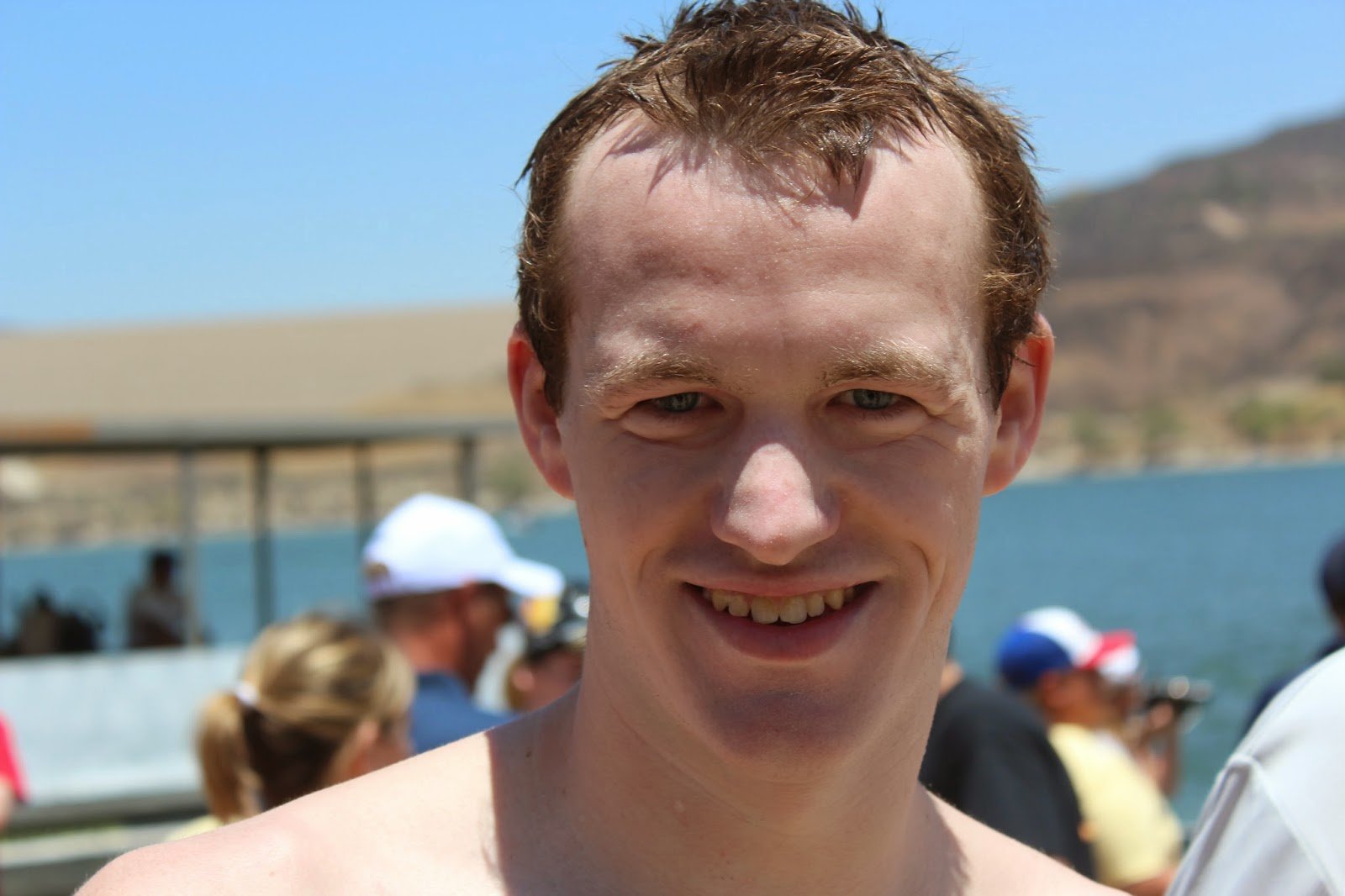 And that he did as he earned the top spot to represent the USA at the 2014 Pan Pacific Swimming Championships in Australia this August.

“It was a good race. I fed well. I conserved energy by drafting well throughout the race. I really swam well in the pack. I made my move on the last lap, as I had planned.”

When Gemmell made his move, Team Santa Monica’s Jordan Wilimovsky went with him and gave him a good challenge, the only man in the leading pack who can hold Gemmell’s same blistering finish pace [shown below]. 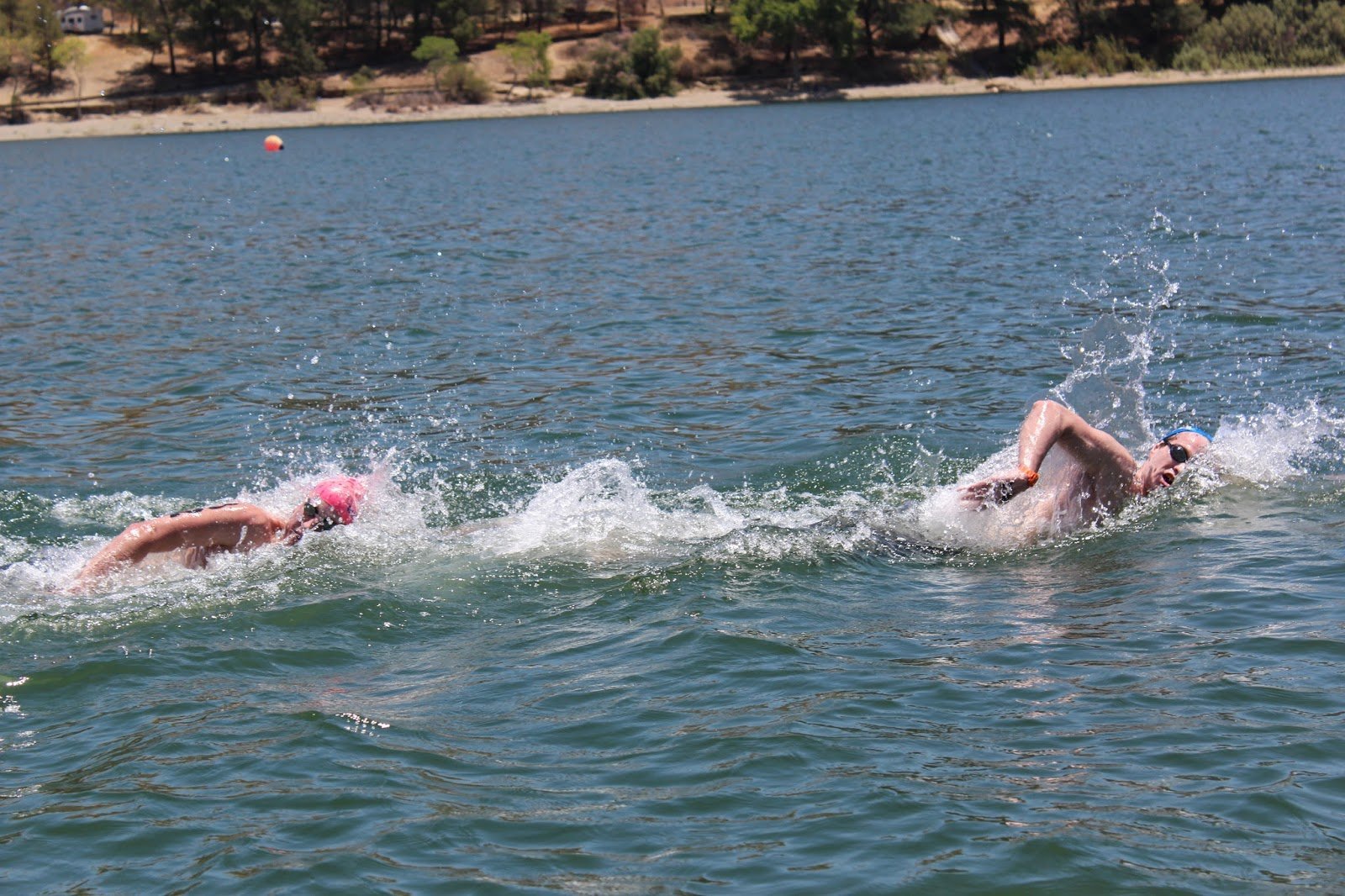 But like an eagle that hides its claw until the last moment, few competitors could have guessed Gemmell’s moment of decision. On the last lap of six, University of Michigan’s Sean Ryan was comfortably leading the lead pack of 7 when he suddenly turned over on his back and downshifted, looking to relinquish the lead. It was at that precise moment that it looked like someone shot off the starting gun because Gemmell took off like a 50 freestyler.

He went from a casually comfortable stroke to immediately jump into the lead with a furious 6-beat kick and frantically powerful 96 stroke per minute pace. That burst of energy and speed ultimately buried the field.

Except for Wilimovsky. The young man, who had swum next to Gemmell at the NCAA pool swimming championships, was able to hang on his feet. Wilimovsky stuck with Gemmell the rest of the way as the duo pulled away surprisingly easily.

But it was clear that today was Gemmell’s day.

“When I was coming towards the finish, I was not looking behind me. I knew Jordan was with me but I was hoping no one else was.”

Full race results are here including the unusual third-place tie between Sean Ryan and Alex Meyer.