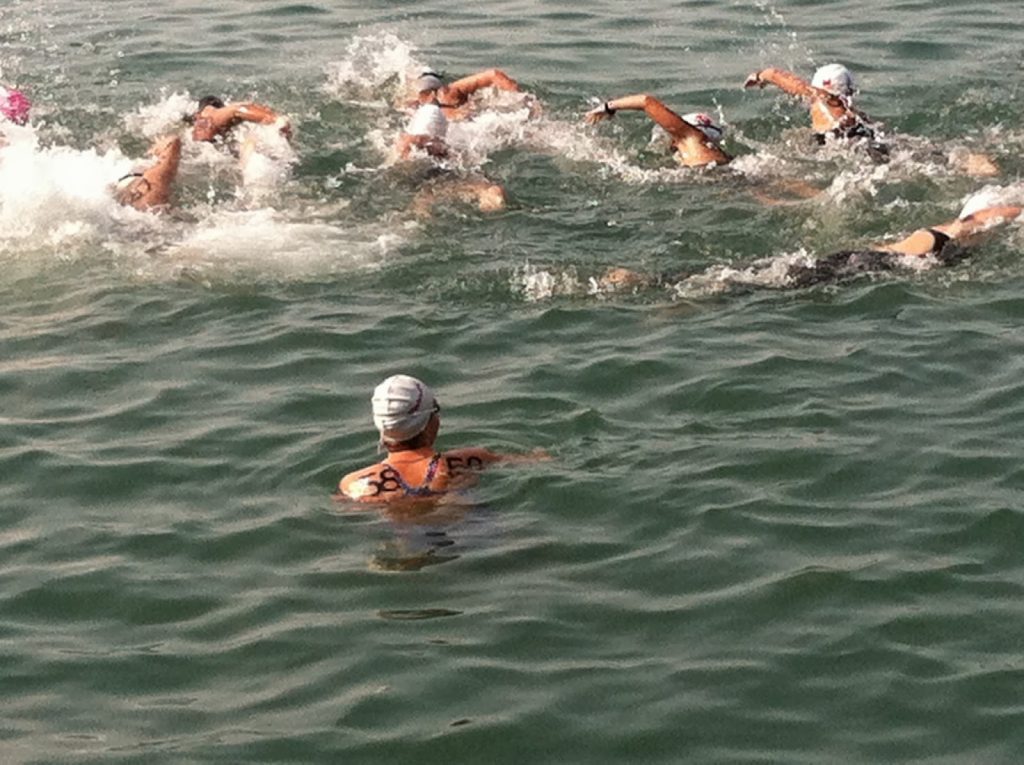 Angela Maurer (#58 shown behind the pack on left at the start) is one of the most accomplished professional marathon swimmers in the world.

But today in Hong Kong, she will not be competitive in the final race on the FINA 10K Marathon Swimming World Cup pro circuit. Not today, not this week for she badly injured her left arm in a recent fall.

Because FINA rules require that swimmers participate in the last race of the season in order to qualify for the final official rankings, Maurer flew to Hong Kong to start the race.

Due to FINA rules that were put in place after the tragic death of Fran Crippen in 2010, Maurer only has to start the race in order to qualify. She does not have to finish the race with her injured arm