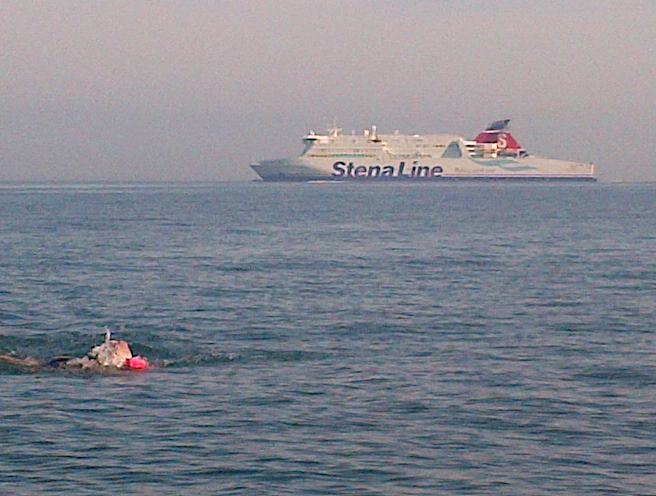 Stephen Redmond of Ireland made history last year by becoming the first human in history to complete the Oceans Seven.

Anna Carin Nordin of Sweden became the first woman to achieve the Oceans Seven with her crossing of the North Channel earlier today. In a typically mighty struggle across the North Channel from Scotland to Ireland, Nordin took 14 hours 21 minutes to swim into the history books.

Nordin is still out and will soon be reportedly welcomed into the Port of Bangor by the Irish Long Distance Swimming Association President Billy Wallace.

The last few hours were very challenging with tidal changes, but Nordin is ecstatic and in great form. The weather slot arrived and she took every advantage of her good fortune to enter the history books. But it was not so guaranteed the night before the swim. At 7 pm local time last night, Brian Meharg her pilot made the call and informed Nordin that the boat was leaving at 2:30 am because of the good spell of heat. Nordin made the most of the opportunity.