Anna-Carin Nordin Honored By The Hall Of Fame 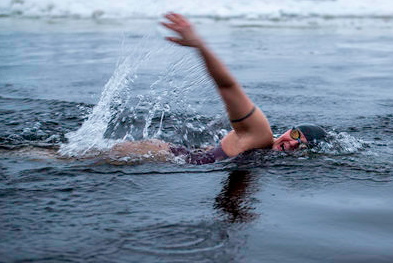 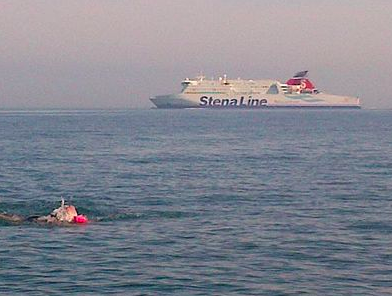 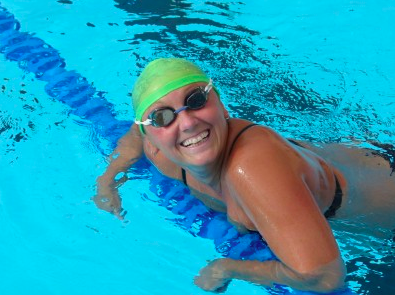 Courtesy of the International Marathon Swimming Hall of Fame and WOWSA.

Each one of this year’s inductees are remarkable athletes who have completed incredible feats in the open water and are exceptional humans who lead inspirational lives on dryland. Some have achieved greatness in competitive races, some in solo crossings, some in unprecedented swims. While their greatest swims are publicly well-known, it is the relentless dedication and numerous hours they put in hard, solitary training year after year that enable them to complete their swims in lakes, river, and seas around the world.

The Class of 2018 includes the first women in history to complete the Oceans Seven, 46-year-old Anna-Carin Nordin from Sweden.

Her Oceans Seven included the following swims between the ages of 39 and 42:

In addition, she has completed the 26.4 km International Self-Transcendence Marathon Swim in Switzerland in 8 hours 45 minutes, 43.4 km cross-border swim from Eckerö, Finland to Grisslehamn, Sweden in 14 hours 31 minutes, the 2009 FINA 10K Marathon Swimming World Cup race in Copenhagen, 20 km in Norrfjärden-Mellanfjärden along the Swedish coastline, and the ILDSA Lough Erne 25 km in Northern Ireland. In the cold water, she has competed in the 2016 Scandinavian Winter Swimming Championships and in the 450m endurance swim at the 2014 Winter Swimming Championships in Finland, and completed an Ice Mile in Sweden in 4°C water.

As a relay swimmers, she participated in the 2017 Triskelion relay with Olive Conroy (Ireland), Conor Turner (Ireland), Elina Makïnen (Finland), Rory Fitzgerald (Ireland), and Carole Laporte (France) that crossed 69.7 km across the Irish Sea from the Isle of Man to Ardglass in Northern Ireland in 18 hours 8 minutes, and the Fast and Frozen relay that completed an unprecedented 2-way North Channel crossing from Ireland to Scotland to Ireland in 29 hours 57 minutes in 2015 with Henri Kaarma (Estonia), Ryan Stramrood (South Africa), Patrick Corcoran (Ireland), Zdenek Thalmika (Czech Republic), and Elina Makïnen (Finland).

She discussed her career to date:

Anna-Carin Nordin: I am honored.

Anna-Carin Nordin: When I finished my North Channel crossing and became the first woman to achieve the Oceans Seven.

Anna-Carin Nordin: My Tsugaru Channel crossing was the toughest swim.

Anna-Carin Nordin: My weekly schedule is as follows:

Tuesdays include one school swim lesson followed by 4,000m speed training in the 16m pool (when the pool is free for 1 hour 20 minutes). After my swim, I have to wait 1 hour until it is time for two one-hour swim school lessons. The first group is for beginners; the next group is for those who can swim all the strokes, but are learning butterfly between the ages of 7-10 years. The day starts at 10:30 am and ends at 7:30 pm.

Wednesdays are when I can sleep in because I teach only one-hour swim lesson for Muslim women. I can swim 7,000m in the pool which is free 40 minutes before the teacher’s swim time for 2 hours so I can swim a maximum of 7 km. After that, I have two 1-hour swim lessons for people who can swim 100m and are starting to learn breaststroke, and my technique group for students and adults. The day starts at 11:40 am and ends at 8:30 pm.

Thursdays include school swim lessons from 8:30 am and ends with my two swim schools from 4-6 pm with 1 km training in the open water.

Fridays include two school swim lessons that start at 8:30 am and ends at 10:50 pm. If I am not too tired, I do an open water swim after the lessons.

On the weekends, I try to do some open water swim training or go to the gym or I go to Sundsvall 50 km from my house for proper swimming, but now they have closed for the season so now I do not have any other swimming pool to train in except three times a week in the 16m pool.

Daily News of Open Water Swimming: Your son is important to you. Do you and him talk about your different swims?

Anna-Carin Nordin: My son is very important to me. He does understand why I love open water swimming. He went with me to Irish Long Distance Swimming Association anniversary ceremony and got a chance to meet some of my open water friends in Ireland. Erik, my son, told me, ‘I do understand that I love this life.’

Daily News of Open Water Swimming: How do you pick your escort crew members since your swims are all over the world?

Anna-Carin Nordin: I ask the local people to help me out. Or I will ask the Captain if he knows anyone who can help me with my feedings.

Daily News of Open Water Swimming: What are your favorite foods and favorite drinks during your marathon swims?

Anna-Carin Nordin: I only eat liquid food and gels while I do my swims. I eat every hour. 2 portions of protein with 2.5 dl of water + a big strawberry gel / 2 potions of oats and whey (2.5 dl water) + a big strawberry gel. In warmer waters, I just ask for more water when I need it. In cold water, we just add some warm water with the powder.

Anna-Carin Nordin: The next feeling.

Daily News of Open Water Swimming: What future swims are you thinking about?

Anna-Carin Nordin: Hopefully one big swim every year liked Loch Ness in Scotland, Maratona del Golfo Capri-Napoli in Italy, 8 Bridges Hudson River Swim and 20 Bridges Manhattan Island Swim in New York for the Triple Crown of Open Water Swimming, swim along the Swedish coastline, and swims between all the islands of Hawaii (a dream that I am going to do sooner or later).

“Anna-Carin shows up on coastlines around the world, from Ireland to Japan and is always ready to swim. She is a true adventurer. She doesn’t come with a crew of supporters or anything but her finely tuned mindset and a hardened ability to complete her swims as planned. She smiles, she is gritty, and she is extremely low-maintenance, simply getting the job done with a minimum of fuss and no complaints,” said Steven Munatones. “She is just so tough whether she is swimming in a bumpy sea water or in icy cold pool in a winter swimming competition.”

“Anna-Carin and the other new members of the International Marathon Swimming Hall of Fame emulate those exceptional 269 forerunners already enshrined in the Hall of Fame. Since the class of 1963, our marathon swimming inductees from around the world have received the ultimate marathon swimming recognition. They have been immortalized with their names inscribed on the IMSHOF Sea Goddess, our ‘symbol of the sea’,” explained Chairman Christopher Guesdon.