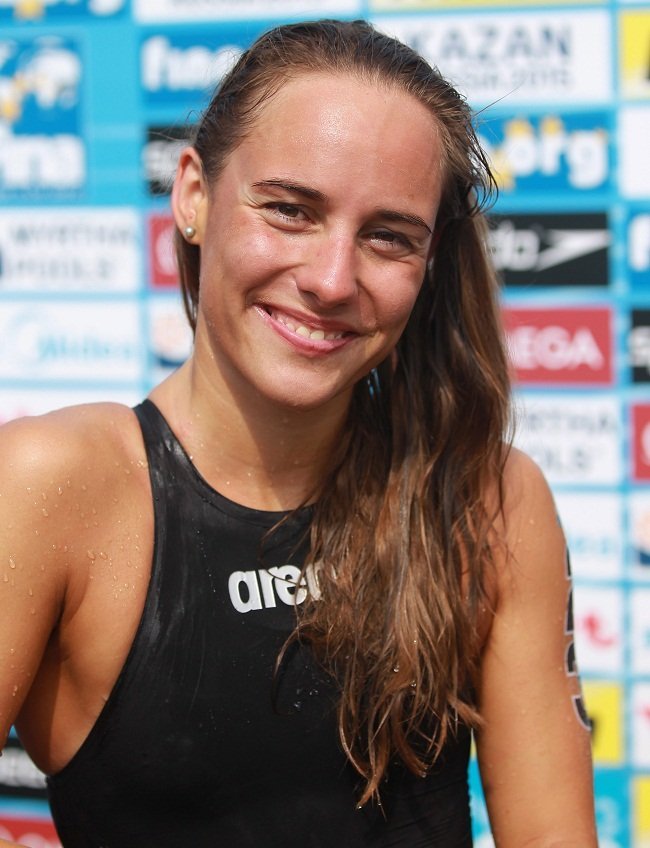 She was disappointed in 2012 when she just barely missed out the 2012 London Olympics after being touched out in the qualification swim by her Hungarian teammate, Eva Risztov, who then went on to win the gold medal in London. But her goals for this 2016 quadrennial are being achieved one-by-one.

The personable Hungarian teenager with plenty of upside won the final race of the season of the LEN (Ligue Européenne de Natation) Cup final in the Dove Elbe Rowing Course in Hamburg, Germany this weekend. The victory sealed her first overall title of the Cup series.

She won 3,500€ after the 6-race series in Israel, Hungary, Turkey, Netherlands, Spain, and the final in Hamburg.