Anna Wardley Wants To Make It A Quartet 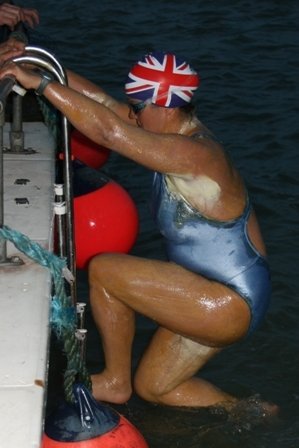 Anna Wardley will attempt to become the fourth person to swim around the Isle of Wight, the largest island of England. It is located in the English Channel and separated from the mainland by a strait called the Solent. The Island has many resorts which have been holiday destinations since Victorian times.

The following individuals have completed an island circumnavigation:

The Island of Wight is also the site of Anna Wardley’s Five Island Swim Challenge.