Anna’s Back To Head To Isle Of Wight 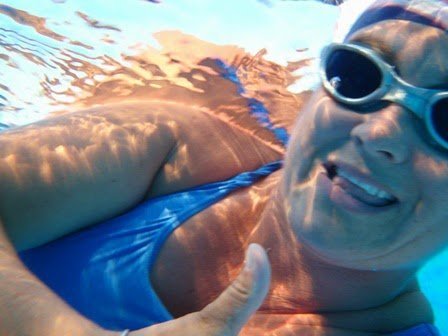 Anna Wardley is no sooner dry than she begins planning her next adventure. Relentlessly optimistic and endlessly energetic with a hugely bright swile, Wardley is teaming up with the Ellen MacArthur Cancer Trust to host the 2014 Solent Swim Challenge.

Wardley and the Trust are looking for swimmers to swim 2.5 nautical miles from the British mainland to the Isle of Wight, from Stokes Bay, Gosport, to Ryde Sands on the Isle of Wight on August 17th.

Riding on the success of Wardley’s Five Island Swim Challenge, the Ellen MacArthur Cancer Trust partnered with Anna and her team at Seagrass Communications to provide the management, logistics and safety support for the fundraising cross-Solent swim.

Dame Ellen MacArthur explains, “Working in partnership with Anna and her fantastic support team, the Solent Swim Challenge promises to be an exciting event. The swimmers taking on this challenge will not only be helping the charity but will gain invaluable experience learning from and swimming with Anna; an inspirational woman who is undeniably one of the lead open water swimmers in the country.”

The Ellen MacArthur Cancer Trust, which takes young people aged between 8 and 24 sailing to help them regain their confidence on their way to recovery from cancer, was one of the beneficiaries of Wardley’s Five Island Swim Challenge which saw her become the first person in almost three decades to successfully swim around the Isle of Wight.

The 38-year-old dynamo said, “My swims over the last two years have been pretty extreme but this, while still a real challenge, is over a much more manageable distance. It’s perfect for those who are ramping up their training for other long-distance swims, or for those who would like to set themselves a realistic fitness goal this year.

I’m looking forward to supporting the swimmers who sign up for the Solent Swim Challenge. It’s great to be able to raise even more funds for the Ellen MacArthur Cancer Trust by sharing my passion with other people and my experienced support team will be overseeing the event to ensure that everybody is safe as they cross the iconic stretch of water that separates the Isle of Wight from the mainland.”

The Solent Swim Challenge is limited to 24 individuals who are asked to raise a minimum of £700 in sponsorship, £200 of which is payable at the time of registering. For a registration pack, contact Clare Ryan at [email protected] or 01983 297750.