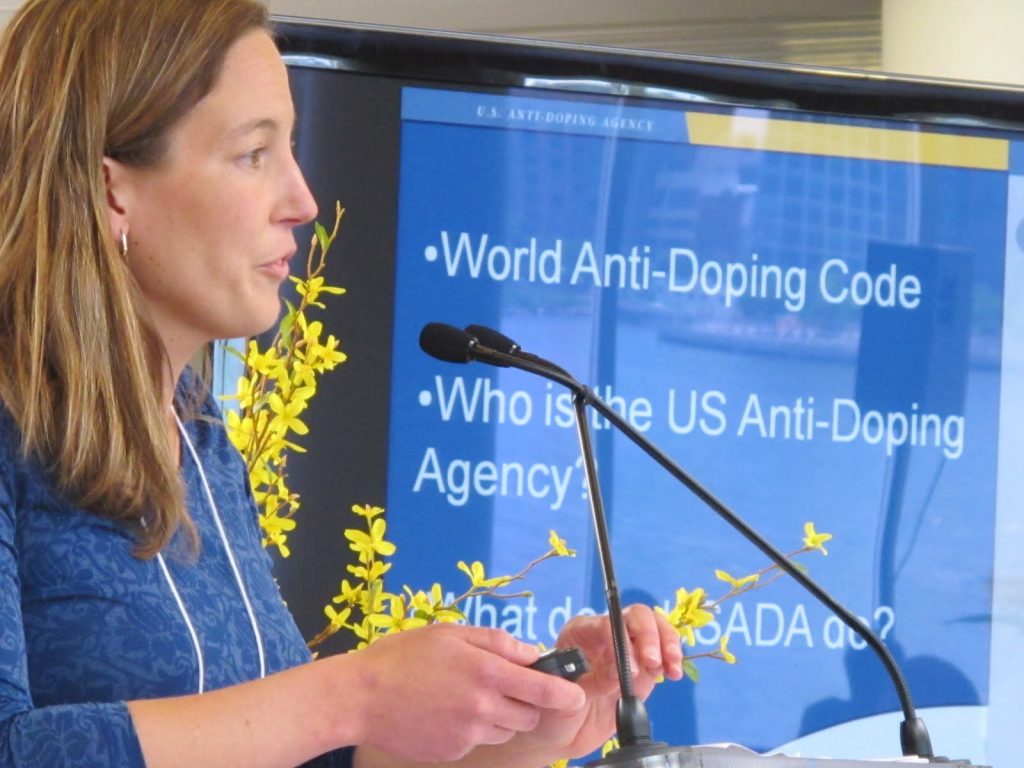 She spoke about the importance of maintaining a clean sport and keeping true to the values and life lessons learned through sports.

Annette explained that the United States Anti-Doping Agency strives to preserve the value and integrity of athletic competition through initiatives that prevent, deter and detect violations of true sport.

She and her colleagues at USADA attempt to inspire present and future generations of athletes through initiatives that impart the core principles of true sport — fair play, respect for one’s competitor and respect for the fundamental fairness of competition.

Just as Annette conducted herself during her illustrious career, she is working to help athletes achieve their own personal victories as a result of unwavering commitment and hard work — to be celebrated as true heroes.

As were all of the International Marathon Swimming Hall of Fame inductees present during her talk at the United Nations.