Another Australia Shot At Three 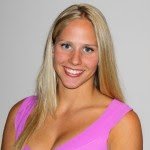 John Van Wisse gave it a great shot. The renowned Kevin Murphy gave it as good a shot as any human in history – 52 hours plus.

The incredible three-way crossing of the English Channel – the pantheon of marathon swimming – the Everest of the ocean – the pinnacle of endurance – is a goal requires fortitude, passion, physical strength and a focus beyond most humans.

A three-way English Channel solo crossing requires an incredible individual with a tough body and an even tougher mind who works with an experienced pilot under the good fortune of reasonable weather. The only trio of athletes to complete this feat include the Who’s Who of marathon swimming: Jon Erikson (38 hours 27 minutes), Philip Rush (28 hours 21 minutes) and Alison Streeter (34 hours 40 minutes).

Chloë McCardel announced her plans to equate their enviable achievement in July this year. Besides her 21 hour 48 minute two-way crossing of the English Channel in 2010, she has also trained in 6°C (43°F) in the Brighton Baths, Melbourne, stayed in the water 24 hours and 50 minutes in an unsuccessful two-way English Channel crossing and will attempt to swim 60 laps across Bondi Beach on April 24th for a total distance of 48K.

Chloë said, “I completed a double crossing of the English Channel last year and as soon as I returned to the pool afterwards I knew I wanted to be the first Aussie to successfully complete a triple crossing. The warm-up at Bondi will be a challenge as I will have only been back in training for five weeks since my wedding in March, but it will be a great opportunity to do a long, cold water training swim before heading to the UK in July.”

The current record for swimming laps at Bondi stands at 50 laps, held equally by three individual swimmers including some of the greatest Australian marathon swimmers of all time: Des Renford, Cyril Baldock and Tammy van Wisse.