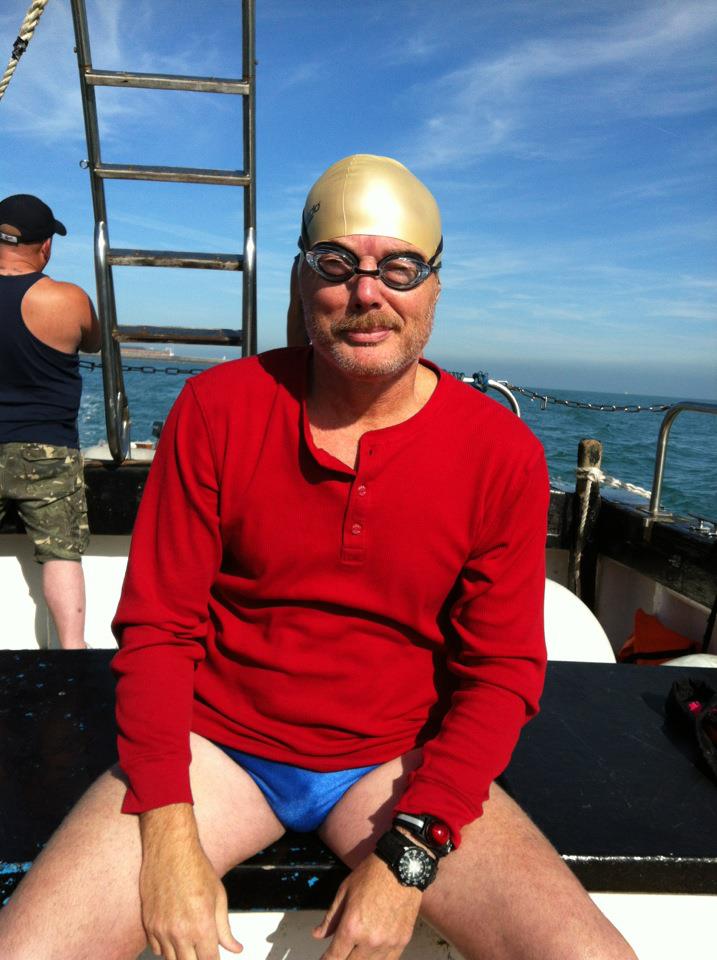 The 54-year-old American open water swimmer started at 4 am, swam through the morning and afternoon with Andy King as his boat pilot. “It was a tough, rough swim. The water really beat me up,” he admitted.

“And at one point, just past halfway, I was stung by a Portuguese man-o-war across my lips, forehead and both shoulders. It was my first – and man, does it hurt.”

But it feels even better to finish and join the Club. Especially since he had some unfinished business to attend to after his attempt last September. And his business started at a young age. “For as long as I can remember, even before I learned how to swim at age 13, I have dreamt of swimming The English Channel.”

And now the dream has been realized, at the age of 54.