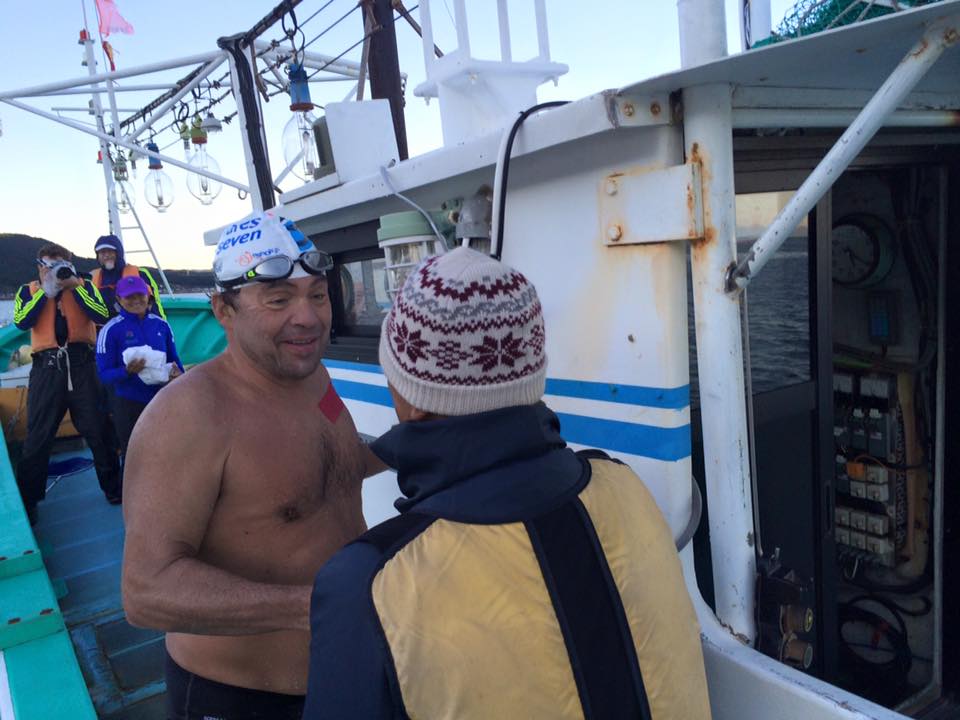 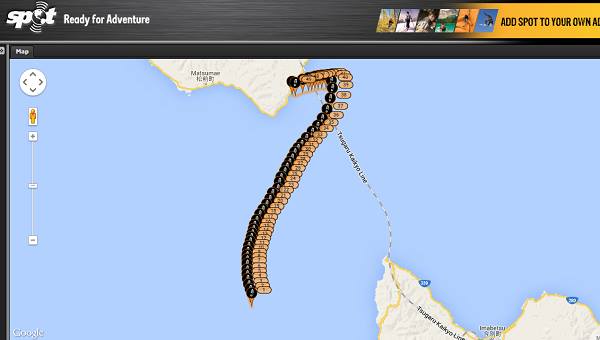 Cape Shirakami (or 白神岬 in Japanese) juts out from the northern Japanese island of Hokkaido just like Cap Gris Nez is an elusive point where channel swimmers aim. Sometimes, swimmers hit it just right and are able to land on this small point like Stephen Redmond, but others just miss it all together like Antonio Argüelles yesterday.

When Cap Gris Nez or Shirakami Misaki are missed, then things start to get dicey in the channels. Time passes by as the ability for the swimmers to reach land becomes increasingly more difficult. Tides shift and eddies loom large around Shirakami Misaki. The movement of water occasionally force swimmers in a westwardly direction after pushing them eastwardly – and never towards land. They can swim in circles, helpless to make any significant forward progress. The swirling of currents is undeniably frustrating from a mental perspective and excruciatingly difficult at the physical level.

But Argüelles, who has twice before accomplished the Triple Crown of Open Water Swimming, knew what he was facing. He hunkered down and kicked into his endurance gear, augmented by the steely patience of a veteran channel swimmer.

“I had a wonderful time swimming the Tsugaru Channel. I faced a bit of everything, from waves to a complicated landing,” he explained from northern Japan after his 12 hour 38 minute crossing. “As I get older, I appreciate tremendously the opportunities I have to do a challenging swim. I will not get younger, but I sure feel great.

This is a swim not only for swimmers wanting to complete the Oceans Seven, but it is also a good exercise to face the Channel.”