Open Water Friday will feature one of the most remarkable men in the open water swimming community: Mexico’s Antonio Argüelles. His aquatic dreams took him from Mexico City to his formative years to Stanford University and, much later, to two Triple_Crown_of_Open_Water_Swimming and Oceans Seven achievement. From every perspective, Argüelles is an impressive icon and a two-time World Open Water Swimming Man of the Year (2015 and 2017).

WOWSA Live is a part of a weekly one-hour online interview series that focuses on sharing the lifestyles, backgrounds and mindsets of luminaries in the open water swimming world.

“In the current era when more and more people are working, studying and spending time at home due to the coronavirus pandemic, it is going to be enjoyable to learn about the life and mindset of Antonio. His charisma overflows and he is a joy to be around. It is going to be so enjoyable to interview Antonio together with International Marathon Swimming Hall of Fame chairman Ned Denison,” said Steven Munatones.

“His life reads like an adventure novel; his story could be made into a movie: a young charismatic boy from Mexico with an entrepreneurial talent finds his way to the halls of Stanford University in search of going to the Olympics. But his aquatic dreams are put on hold – temporarily – as he ventures out in the world and eventually finds success back to Mexico. In his book, Travesía Interminable, or The Forever Swim in English, describes both his successes and the largely unseen obstacles that he first had to overcome. He will share his inner thoughts, worries and challenges in his normally colorful, goal-setting way.” 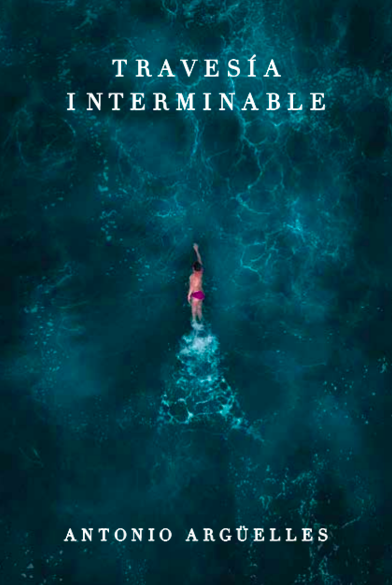 Zoom is the platform which Denison and Munatones will interview Antonio on April 3rd at 7 am California time / 10 am New York Time and 3 pm GMT.

Even if people do not have an opportunity to listen live online, the program will be saved and archived for their listening pleasure.

Listeners can also ask question live to the guests on the Zoom remote conferencing platform.