Antonio Argüelles Worthy Of The Treasure 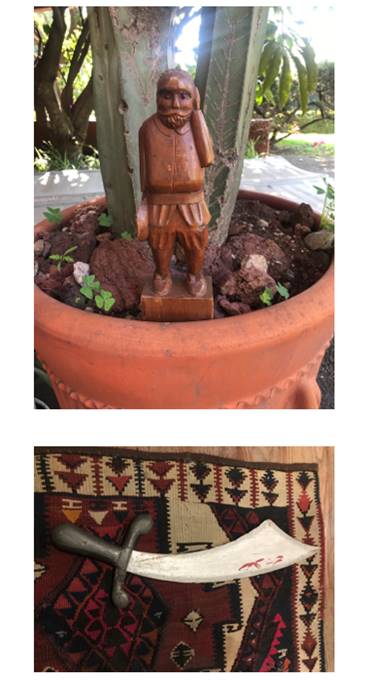 Courtesy of Antonio Argüelles, soon to embark on an attempt to swim across the North Channel between Scotland and Northern Ireland and complete the Oceans Seven.

A few days ago I had a strange dream. In it were my great-grandmother María, my grandmother Martha, Aunt Nina and Don Julián. A cocktail of adventures and memories.

Great-grandmother María’s and Aunt Nina’s house is where Lucía has her psychoanalysis practice now. In analysis, she has told me, dreams usually arise that are incomprehensible and enigmatic to the dreamer. Freud said that the text of a dream is coded in hieroglyphic writing that needs to be deciphered. That is why every time we dream we are surprised by images of places that condense multiple realities, as is the case of the dream that I am going to relate.

Going to visit La Bisa, María was always something special. I could not go alone, so either my parents would take me or I had to ask my babysitter. When I arrived I went to the living room. It was always freezing.

My great-grandmother lived wrapped in a coat of fine skins — or so the adults said — one of the few remaining memories of more affluent times.

Bisa and I had a secret, one of many in the house. In her pockets there was always chocolate, those with liqueur and then a cherry. She gave it to me and said: “Toñito, do not tell anyone, because if they find out, they take them away.” Bisa was diabetic and cheated all the time.

Then I went to see Aunt Nina, an aunt of my father’s who had remained single. She cared for Great-grandmother Maria and Great-grandfather Jose.

Aunt Nina’s artistic talent was incredible. She had a workshop where he made reproductions of Chinese figures that were sold in a shop called the Chinese Palace on the Calle de Insurgentes. The owners of the business lived across the street, in another house that surely was enchanted…but we will speak of that another time.

Being the first child, first grandchild and first nephew in my mother’s and father’s families, I was privileged to enjoy the full attention of a large family on both sides. However, Grandma Martha and Aunt Nina have a special place in my childhood memories.

Climbing to Nina’s workshop was a special experience. On every side there were glass figures and stones, which for me were equal to gems.

My stories my grandmother Martha read to me were always full of adventures, especially of pirates.

I do not know when both stories came together, but one day I woke up with a letter from the pirate Don Julián telling me that we had to go find the treasure he had stolen in a skirmish with other pirates.

The only thing Don Julián asked me to do was to behave in school.

I guess my grandmother had listened to my parents’ laments. I was a child who could not sit still in class; the Colegio Alemán Alexander von Humboldt was a place that demanded rigid behavior, so I was always in trouble. Mom and Dad feared I would become a delinquent at scarcely four years old.

Don Julián brought peace to my life. Every day after school I walked down the block separating my parents’ house from Nina’s. (My great-grandparents were dead by this time).

One afternoon I arrived and there was a new rug in Nina’s room. It was totally different from others I had seen. She showed me a book and told me it was an Arab carpet, the kind that flies. Don Julián had left it and it was our responsibility to find the magic words to make it fly.

We spent many afternoons without being able to find the right words. Meanwhile, we flew to many incredible places using our imagination, seeing the mountains, the sea and all the spots where the treasure might be.

Sleeping at Grandma Martha’s house was great. I could eat whatever I wanted and there was always a story. We were banned from watching TV—that was the one condition my parents had given.

One rainy morning, I found a piece of fur rolled up in the bedroom. I did not know what it was, but curiosity made me open it immediately. It was a map, cut in half.

Days before Nina had told me that Don Julián knew where his treasure was, but that he was worried that the English pirates would catch him. He told me that he would keep half the map and that I would be responsible for the other half. I realized at that moment that he had sent it with the help of his elves.

The map became a secret between my grandmother, Nina and me. Every afternoon we were looking for ways to decipher the signs and instructions.

Months later came a saber. Don Julián let me know had been involved in a battle, and sent me the sword with which he had been victorious. I now had blood samples of our adversaries.

He followed that with a ring to cement our blood alliance. I lived to know what was happening with Don Julián. I didn’t want to know about addition or subtraction or having to write and read the homework they gave me at school. My only goal was to join Don Julián in his battles.

I guess my parents talked to Nina and Grandma Martha and told them that the story had to end. I’m grateful that they did it in such elegant way.

One afternoon my father arrived and told me to get ready. We were going to dinner at our grandparents’ house. When we got there I was surprised, because we would not be eating in where we usually did, but in the main dining room.

The table — of those long ones with candlesticks — was set as it used to be at Christmas, New Year, and other special occasions. They had put out all the silver and the punch was shining.

They had bad news for me. Don Julián had died in a battle at sea. The English pirates had attacked his ship. It was three against one and he had been mortally wounded.

Before he died, however, he had given some of his elves a statue with his image and commissioned them to deliver it to me.

I absorbed the death of Don Julián with sadness, although soon I was doing a lot of scouting, and swimming had come into my life. The statue of Don Julián and the sword were always in the corner where I kept my mementos and trophies.

After I married Lucía, she made multiple attempts to bring order to my library. I found her with both objects in her hands, about to throw them into the trash bag.

“What are these horrible things doing here?”

“Please drop them where they are — they are the most precious things I have in life.”

More than 20 years later, those two objects have come alive again. In my dream, Don Julián told me that it was time to go and recover the treasure. It was hidden on the shores of Scotland, he said, and he had learned that I would make a trip there from Ireland in the coming months. He asked me to think about where the clues were.

But the map had disappeared and the ring was lost; I only had his statue and the sword.

A few days ago I put both objects on a table. I looked at them from different perspectives. The statue had a secret mechanism. In its base was an encrypted message that I could not understand. I was going to need a key to interpret it.

I analyzed the saber. I touched it at different points until I found a crack. I pressed it and the handle moved. There was the second part of the message.

I had one last quest to perform. I had to cross from Ireland to Scotland and prove that he was one of the greatest pirates ever — and that I was worthy finding the treasure.

In a few days I will throw myself into honoring the memory of Don Julián and recovering our treasure. 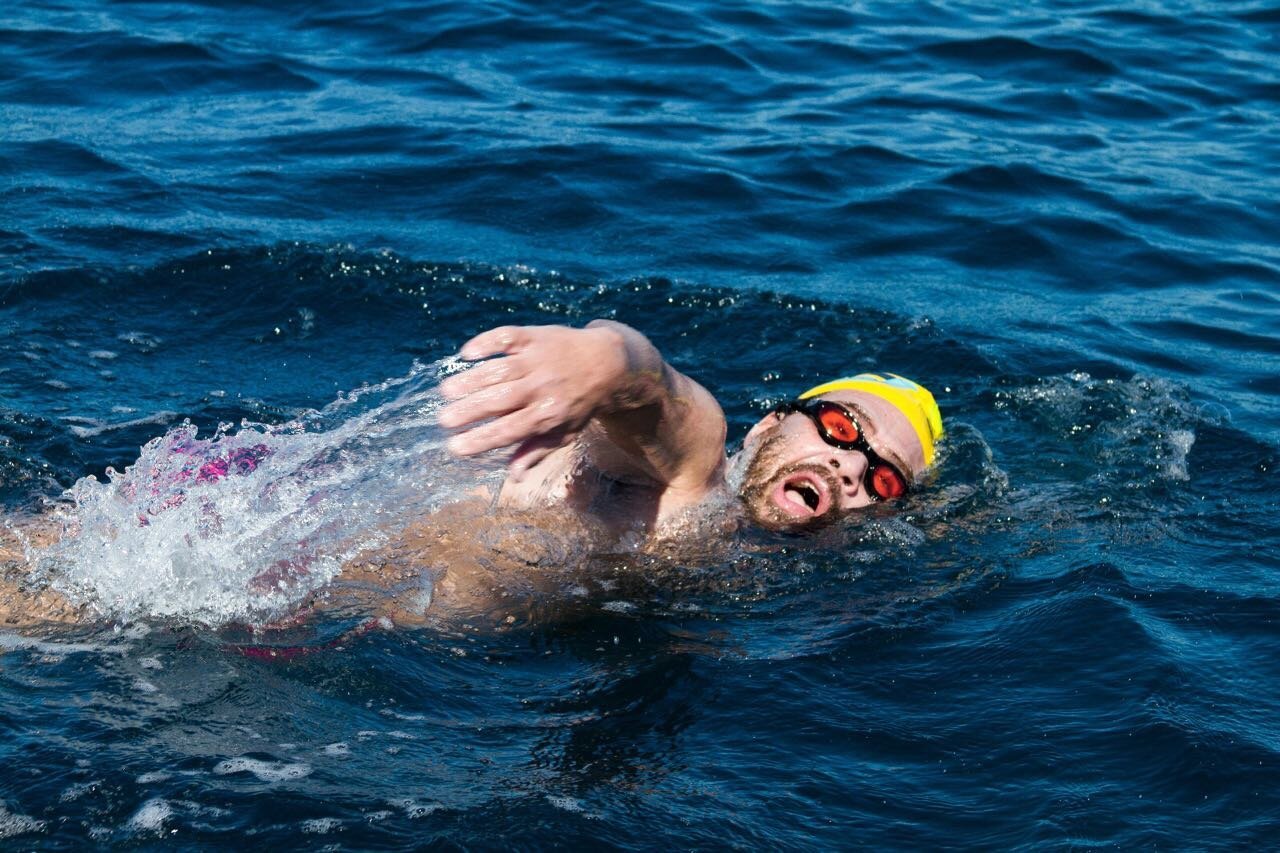