Aquatic Adventurers From Arran To Troon 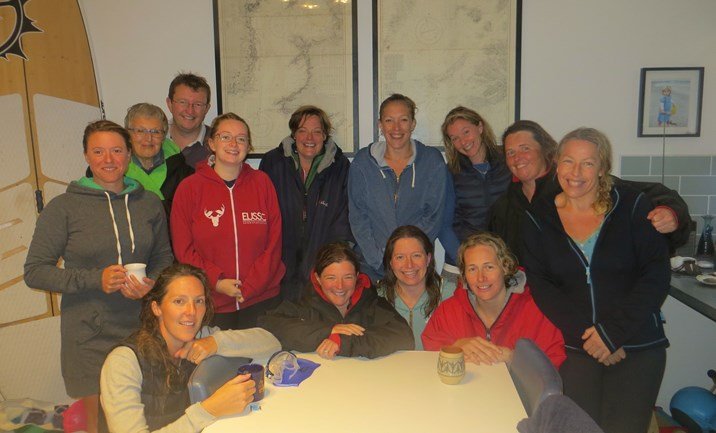 Annie Howie was inspired by rowers.

So she wanted to swim where others rowed and will lead a team called the Arran TrooNautics, a group of open water swimmers who will pioneer a 16-mile swim between Arran and Troon. With a window between September 25th and 30th, the team is coached by Chris Sifleet.

The 13 members are between 22-67 years and are divided into two teams. They will attempt the charity swim on behalf of the RNLI and The Jo Walters Trust.

Howie explained the team’s mission. “We all have different strengths and are facing varying fears, including the cold, stamina, jellyfish, sea sickness, dark water, basking sharks to name but a few but we are all committed to complete the task and have a good party at the end.”

“The commitment has been huge, training twice a week for over a year, with most of us having young families and jobs,” said Lucy Johnston, a member of the team and the founder of the Jo Walters Trust that was set up in memory of her sister Jo, who died aged 28 in a cycling accident.

“Training has involved rats, eels, seals, slime, chilblains, wetsuit burns, fear of what lurks beneath the dark water, countless lonely lengths and early mornings and late nights, to name but a few. This has not been a walk in the park, but fingers crossed, we have done enough to see us safely through to completion and reach our target of £10,000 for our charities.”

To donate, visit here. For information on the Jo Walters Trust visit here.