aQuellé Midmar Mile Is An Extravaganza

12-year-old Jaden Kockott will participate in the 44th annual aQuellé Midmar Mile this weekend. So will 15-year-old Priyanka Govind.

Both young swimmers are examples of schoolchildren who come from far and wide across South Africa to participate in the largest competitive open water swim event in the world. 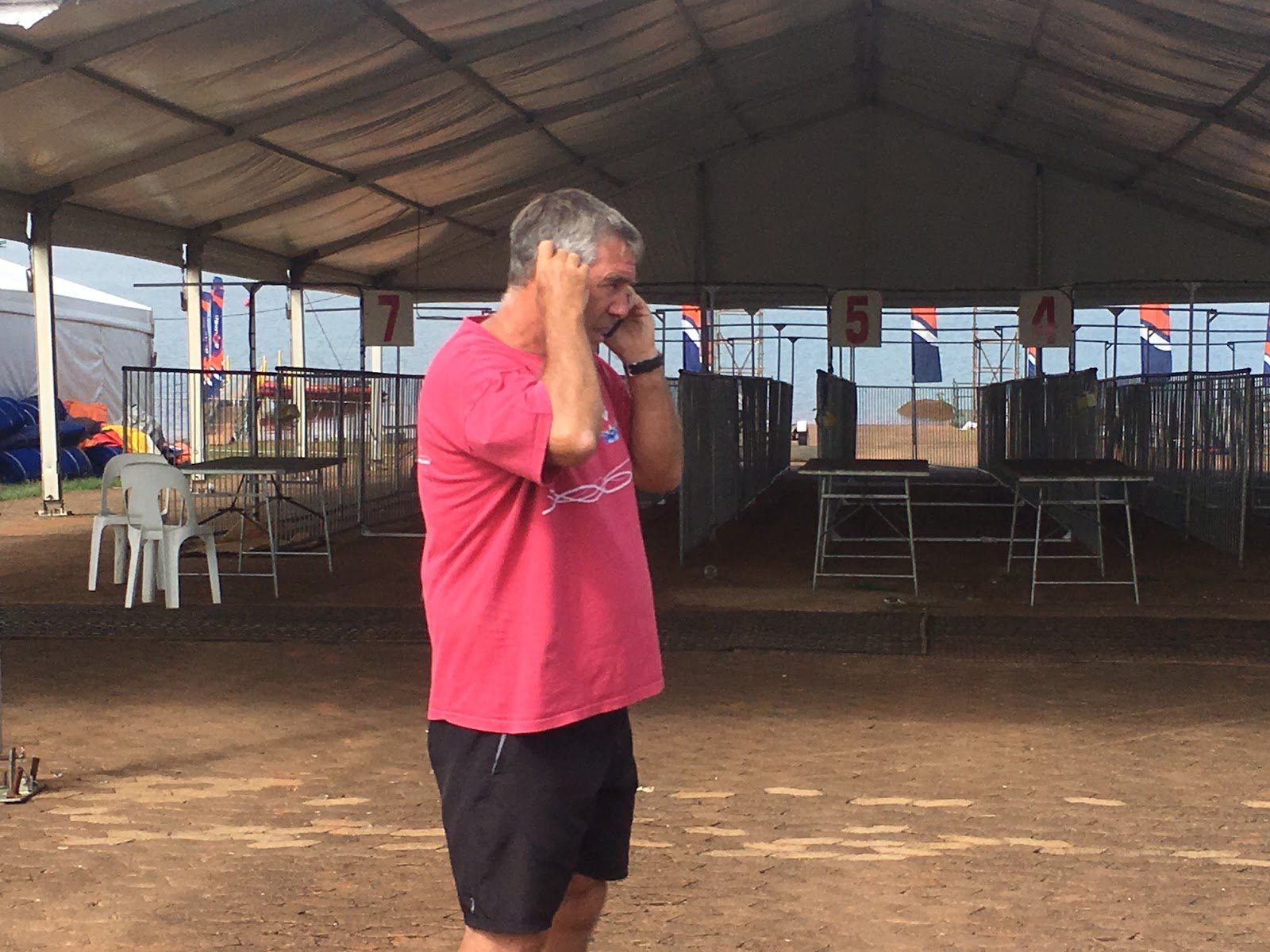 The ambiance and allure of the aQuellé Midmar Mile is the result of the efforts and vision of long-time race director Wayne Riddin [shown on left].

Relentlessly on the telephone and running back and forth between locations and across Midmar Dam in a skiff, his hands and touch are seen everywhere across the event.

From raising money for charities and promoting registrations to organizing volunteer and serving as the race announcer, his passion is evident throughout the year.

Riddin sees about 13,500 registrations in the months leading up to race day, but he also faces usually another 3,000 – 5,000 expected last-minute registrants in the week leading to this weekend.