Steven Munatones 09/06/2020 open water swimming No Comment
Photos courtesy of Swim4Life Magazine at Maratona del Golfo Capri-Napoli, Italy. The Maratona del Golfo Capri-Napoli is one of the longest running and most competitive professional marathon swims in history. The greatest professional marathon swimmers in the world have won in the famous race from Capri Island to Napoli in Italy: John Kinsella, Claudio Plit, Petar Stoychev, Veljko Rogošić, Paul Asmuth, Alfredo Camarero Yuri Kudinov, Nasser Elshazly, Nabil Elshazly, and many others. Never before have two women finished before all the professional male swimmers, but 2020 saw history being made when Arianna Bridi of Italy and Ana Marcela Cunha of Brazil went 1-2 today, finishing only one second apart in the 36 km race. Not only did the two women finish ahead of all the men, but also both women broke the overall men’s record of 6 hours 11 minutes 27 seconds set by Vitalij Khudyakov in 2014 and the women’s record held by Cuhna in 6 hours 24 minutes 47 seconds also in 2014. 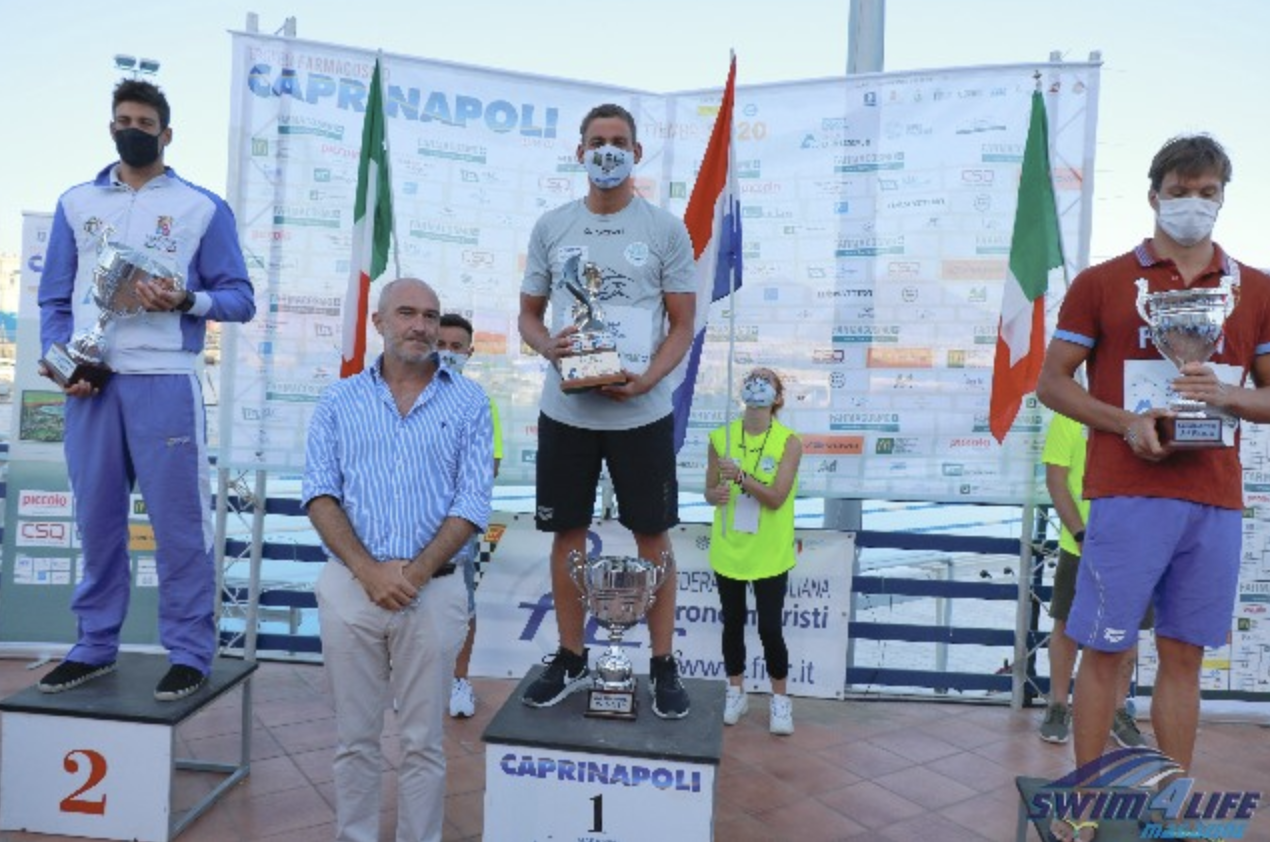