Around Around He Goes, Alex Kostich Does Bora Bora 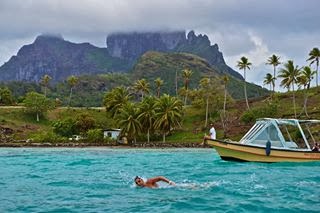 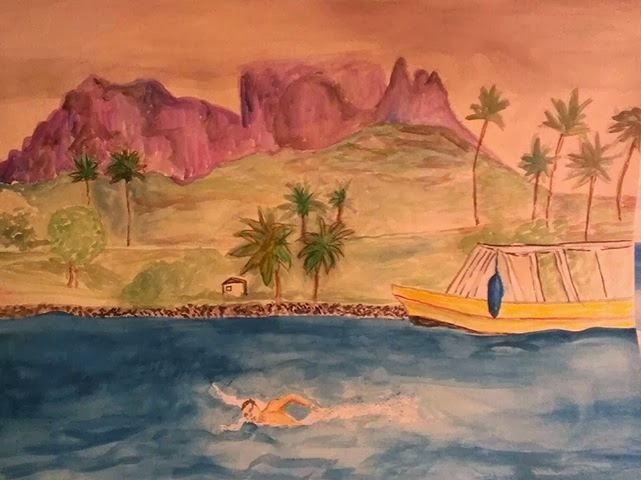 Around Around He Goes, Alex Kostich Does Bora Bora

Alex Kostich is one of those people who make Hollywood come alive.

As a Vice President at Sony Pictures Studios, he develops the creative advertising and marketing campaigns for feature films distributed globally by Sony Pictures.

Kostich is also one of those open water swimmers who genuinely enjoys working out, traveling and doing swims from California to the Caribbean.

On December 6th, he added another feather in his swim cap with an unprecedented 25 km circumnavigation around Bora Bora, a South Pacific island in French Polynesia located about 230 kilometers (140 miles) northwest of Tahiti.

Swimming in and around a lagoon and a barrier reef in his 6-hour Bora Bora circumnavigation, the world-class swimmer originally from Boston, educated at Stanford and currently a fixture in movie industry, swam around the remnants of an extinct volcano.

His marathon swim – the longest of his storied career – was commemorated within 24 hours with a beautiful painting by his fellow Southern California endurance athlete Susie Rankin Miller.