Around The World In Competition And Camaraderie 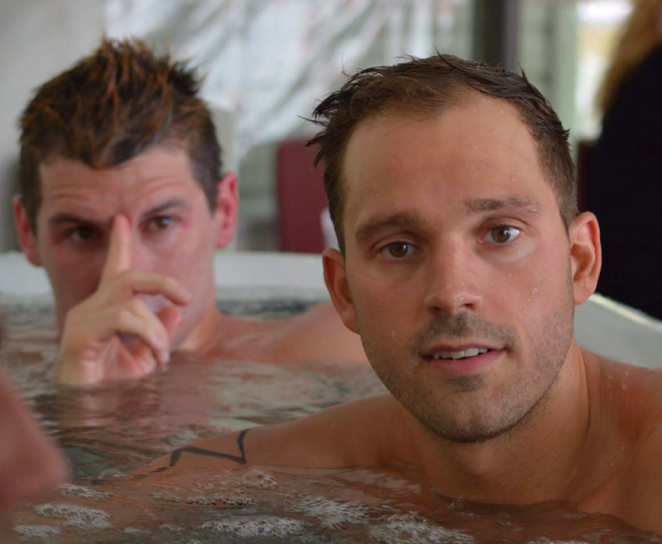 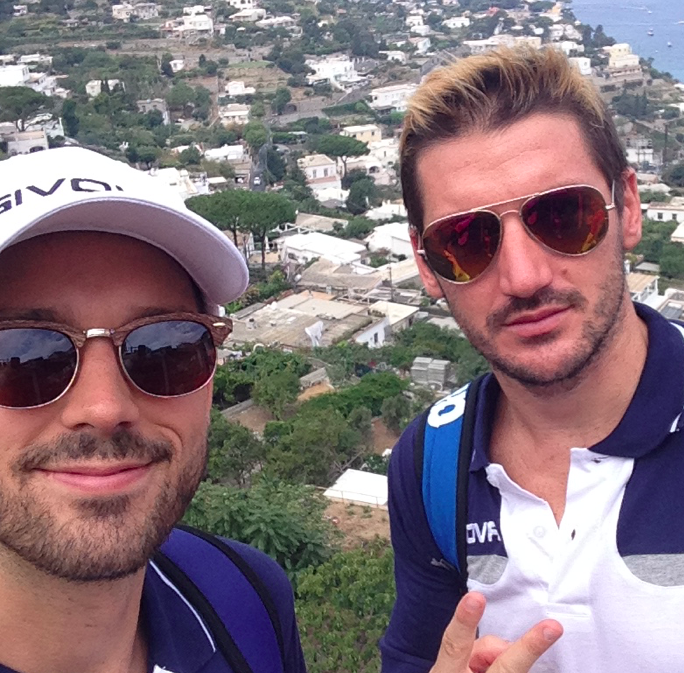 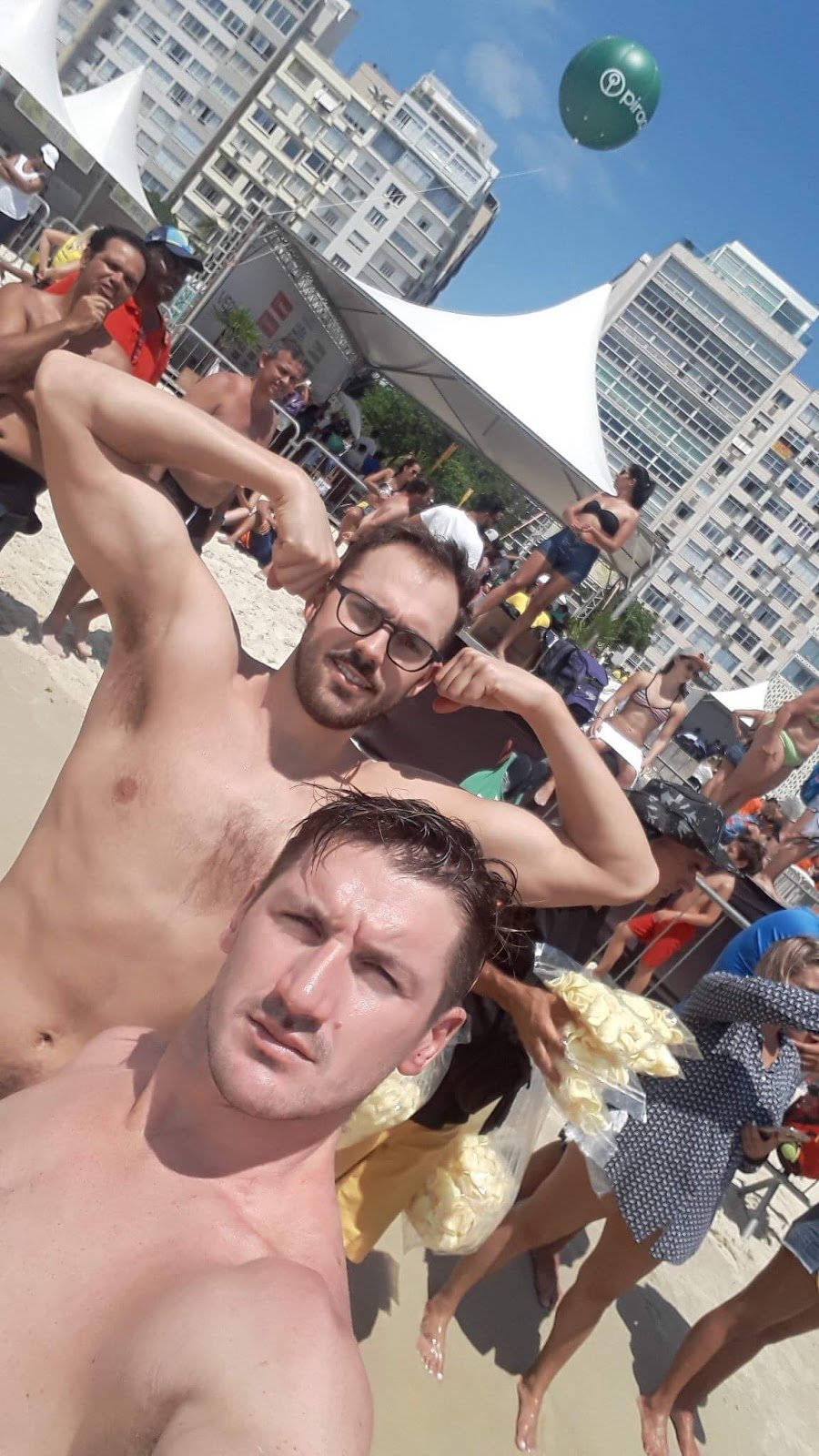 Guillermo Bértola of Argentina and Xavier Desharnais of Canada have both long traveled around the world competing in a number of races on the FINA Open Water Swimming Grand Prix and on the FINA 10K Marathon Swim World Cup circuits as well as at FINA World Championships and professional invitational races.

Between the duo, they have won 3 of the last 4 Traversée internationale du lac St-Jean races [see their interview here]. While they remain fierce competitors in the water, often swimming for hours in the same pack, they enjoy a close camaraderie outside the water – quite common among the 20-something and 30-something professional marathon swimmers.

Photos show the marathon swimmers after a professional marathon race in Québec’s lac Mégantic, before the Maratona del Golfo Capri-Napoli in Italy, and at the recent Rei e Rainha do Mar in Copacabana Beach in Brazil.