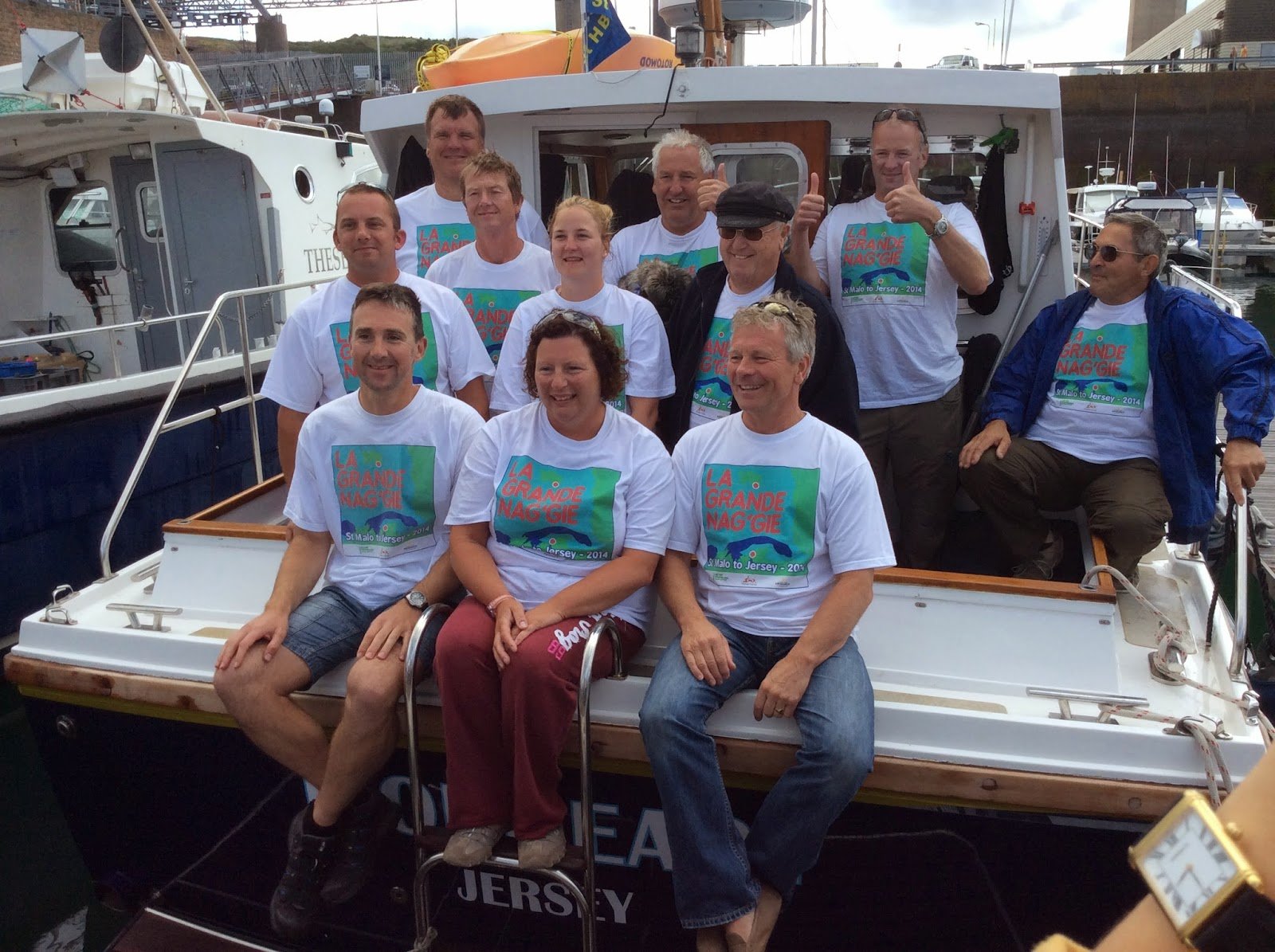 Courtesy of Neil Faudemer in the Channel Islands.

The Jersey Swimming Club Polar Bear relay team swam an unprecedented stretch of water from Saint-Malo to Jersey in the English Channel on July 7th.

Saint-Malo is a walled port city in Brittany in northwestern France. Traditionally with an independent streak, Saint-Malo was formerly notorious for piracy. Today, it is a major tourist destination and now it is a new venue for channel swimming.

Starting on July 7th at Parame beach on the outskirts of St Malo, the intrepid 11 with swimmers and support crew pioneered the swim alongside escort boat Lionheart, skippered by Mathew Clarke. The charity crossing was performed on behalf of 3 Jersey charities: Macmillan Jersey, Brighter Futures, and Channel island air search.

“There was a heavy swell at start and calm conditions at the mid-point,” explains Faudemer. “It was very rough during last three hours into Jersey. We had a dolphin following at halfway and a large contingent near the finish.”

Photo below shows Ian Jones at the finish on the reclamation site, St Helier in Jersey. 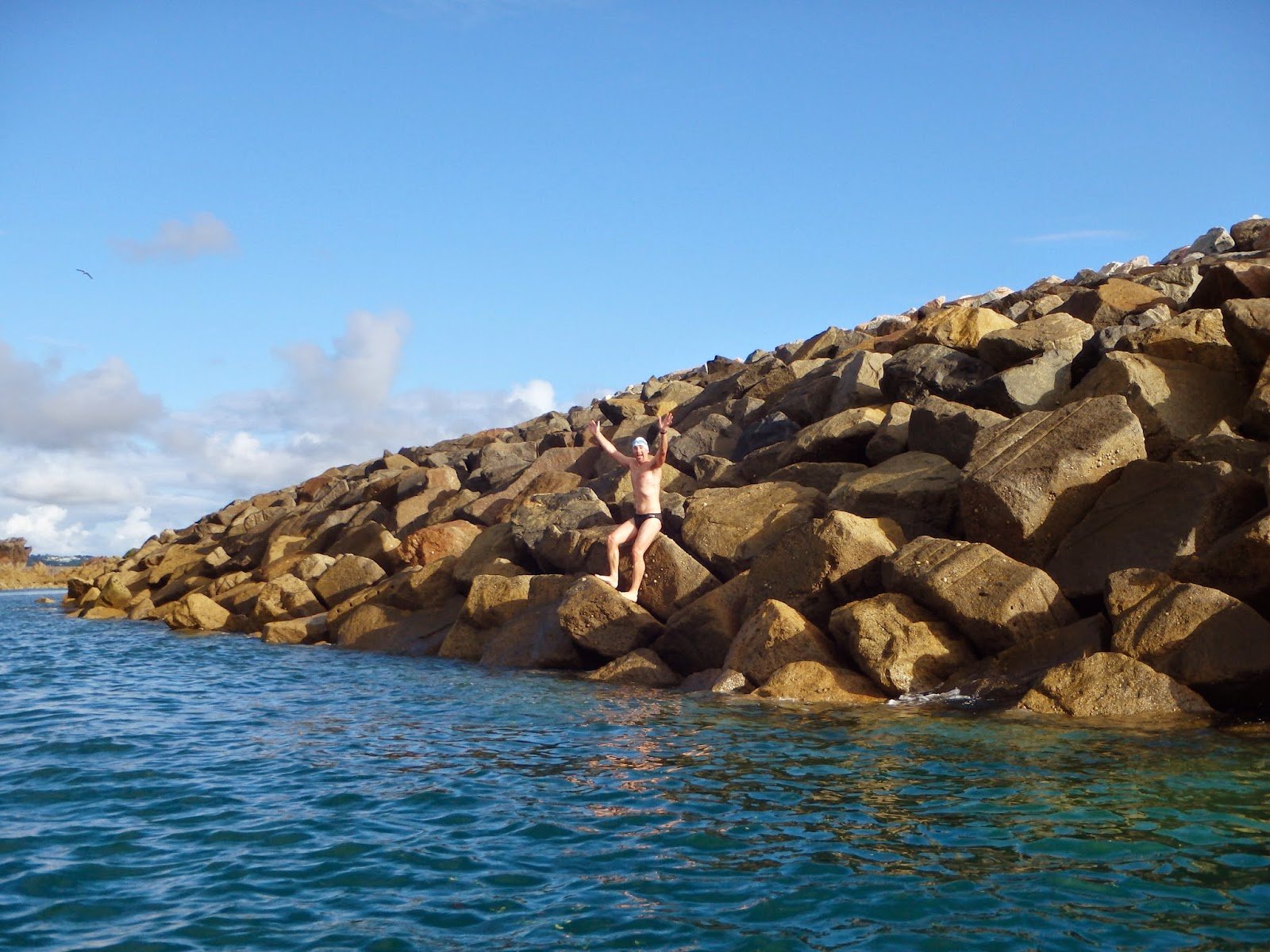