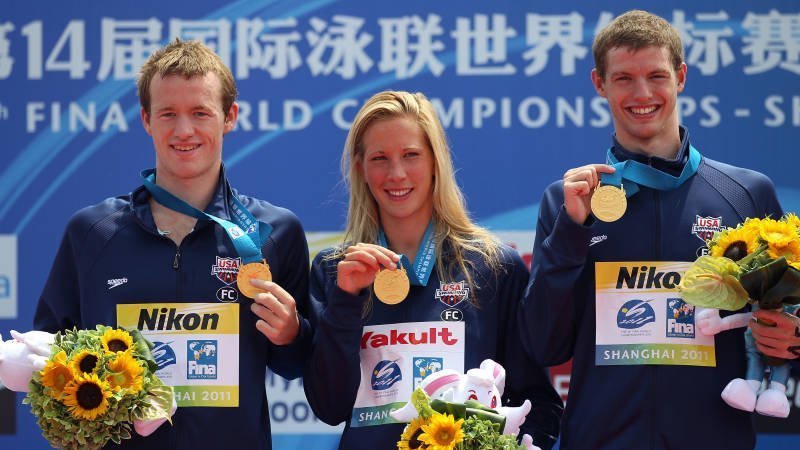 “She never has a bad day,” explained her coach Bill Rose of the Mission Viejo Nadadores of Ashley Twichell.

“They constantly push each other. If one is off, the others keep going, especially Ashley,” said Coach Rose. “She is really a hard worker and a joy to coach.”

“I am new to open water swimming, so I have a lot to learn,” admitted Ashley. By going head-to-head with Olympians and FINA World Cup winners on a daily basis, the learning curve of the two-time world championship medalist will certainly be accelerated.