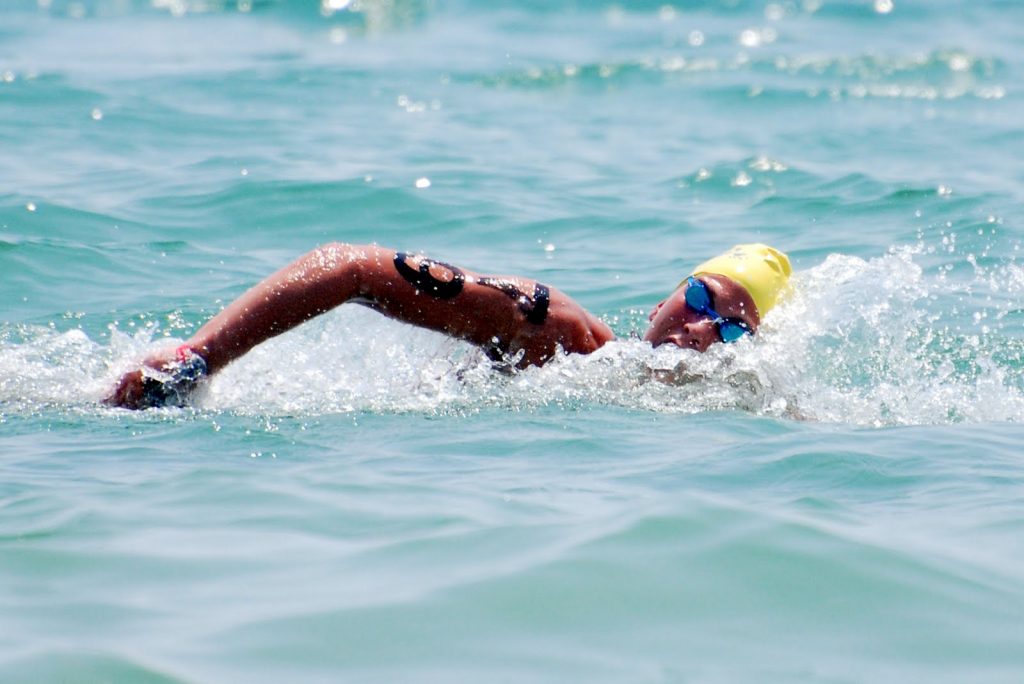 Ashley put on a final spurt to beat Christine Jennings and the rest of the women’s field, only a few days after just missing qualifying for the World Swimming Championships in the 10K.

Sean won by taking it out strongly and never looking back with a time of 53:11.79 over Chip Peterson (54:42.73) and Ryan Feeley (54:43.29). “I really wanted to get out ahead from the start and take it around the first turn. Once I saw that I had a break between myself and everyone else I knew I couldn’t slow down and I had to continue my lead.”

While Sean was clearly the victor from start to finish, there was a trio of contenders among the women. Ashley exchanged the lead with Christine and 13-year old Becca Mann of Florida. Towards the end, however, Ashley pulled away over the final 400 meters with Becca in second and Christine in third. “My strategy worked well today. I wanted to stay strong for about three-quarters of the race then pick up and try to break away.”