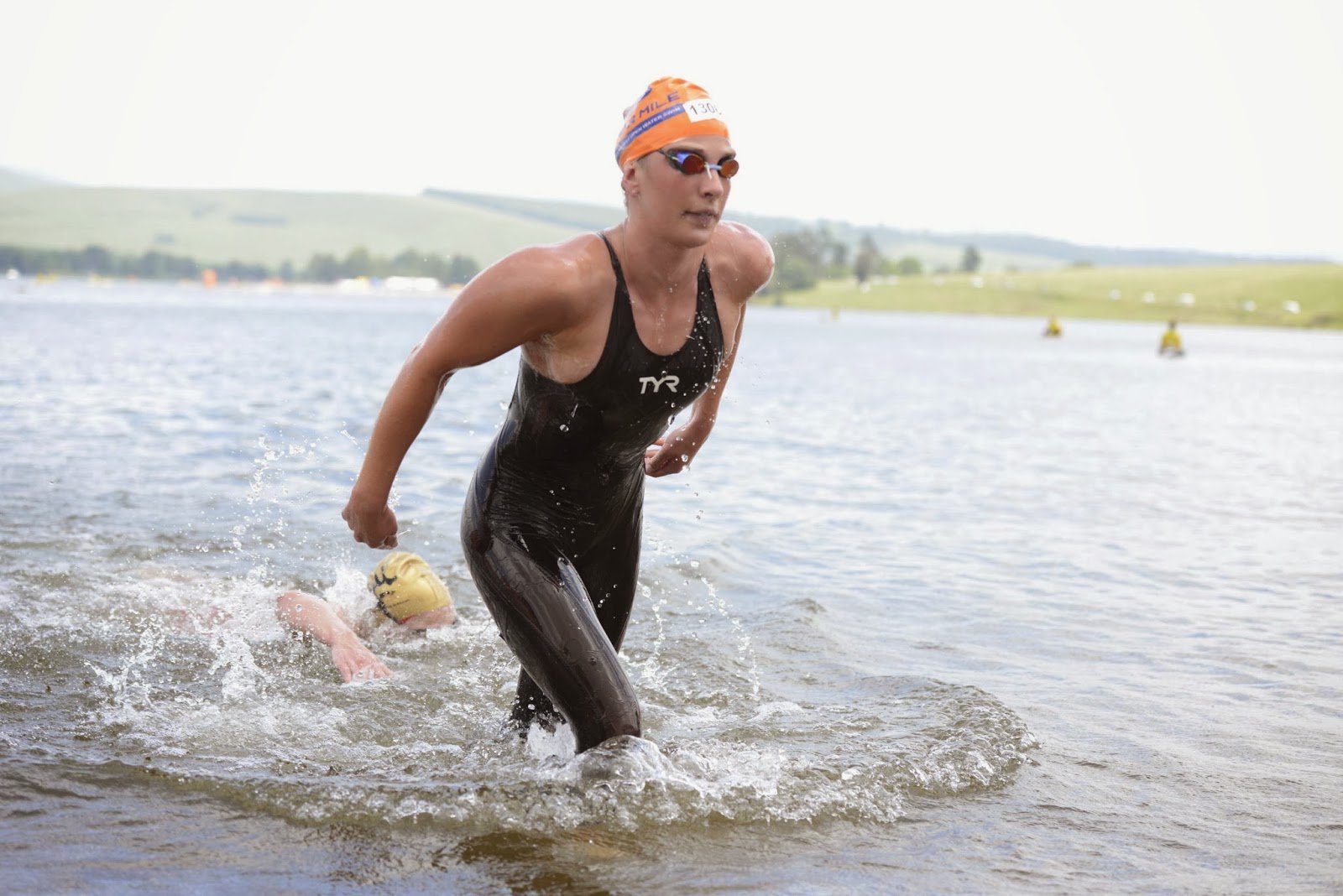 Ashley Twichell, fresh off winning the richest race for professional marathon swimmers in Western Australia at the Swim the Swan 10 km, flew from one continent to another to face several young and veteran swimmers at the aQuellé Midmar Mile in South Africa.

Her main competitor, Olympic silver medalist Keri-Anne Payne, was admittedly focused on other things – like raising money as part of the 8-mile Charity Club.

But a race is a race and Payne gave one of the gutsiest performances ever seen in the Midmar Dam on her 7th mile of the weekend.

“The race start was tremendous,” said Wayne Riddin. “It was the best races we have ever had here among the women here at Midmar.” It was especially impressive because Payne had swum a total of six one-mile races before the showdown with Twichell.

“I felt good and I knew it was going to be a fast start,” said Twichell. “I knew Keri-Anne Payne was on my feet. I was swimming as fast as I could and picked it up towards the end.”

With a similarly wide-arm stroke and straight hand path, the two women seemed like mirror images of each other in the water. By halfway, the lead pack had been reduced to five swimmers, but it was the pair who would shift into overdrive over the second half as they opened up a commanding lead over third-place Michelle Weber. “I knew exactly where she was,” said Twichell who smiled with bright red cheeks after the race. “I knew Ashley would come up on my side after the start and I choose to swim behind her. I gave it a shot towards the end, but Ashley swam very well today.”

“I felt very good and my training has been going well. I have been doing more distance and it has helped,” said the 7-time winner of the Midmar Mile and gracious runner-up this year.

On her seventh mile of the weekend, it was a gutsy performance for the British silver medalist. But today was another great dual by two of the friendliest rivals in the open water swimming world. And there will be many more duels to come. “I love this race. I knew Keri-Anne was tough. She is an amazing swimmer.

It’s a mile – about 20 minutes of swimming – but I have been working hard on my speed since I changed my training up a little bit. With the 10 km last week [at the BHP Billiton Aquatic Super Series in Perth], I knew I had good endurance, and then to come here and have that kick at the end, that’s exciting to me to know my training is in a pretty good place.”

Both Twichell and Payne are.

The top 10 results for the elite women: